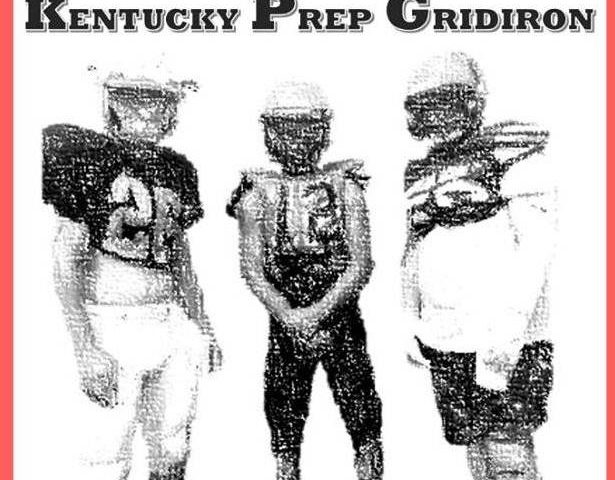 Well, last week KPGFootball picked 17 football games and went 15-2. Not too shabby even if it is we saying so. We had enough fun doing that we decided we would go another round and, this time, we are picking 20 games. For some of these matchups we might make a wisecrack (or not). Here’s how we see Friday Night shaking out…

Trinity travels to Cincinnati to play Archbishop Moeller. Trinity is in need of a win and we believe they will get one against one of Ohio’s top rated football teams.

Ashland Blazer travels to West Virginia to play George Washington. This game pits one of Kentucky’s top teams in Class 4A playing the 10th ranked team in all of West Virginia regardless of Classification.

Hopkinsville travels to Princeton, Kentucky to play Caldwell County, a team ranked No. 6 in the AP poll for the 3A Classification. Hopkinsville is unranked in Class 4A after dropping two straight to the top rated team in 2A (Mayfield, at Mayfield) and the 2nd ranked team in 5A (South Warren in Hopkinsville). We’re taking Hopkinsville in a road upset.

Madisonville North-Hopkins vs. Murray High School. North-Hopkins came into the year with much expected of them, only to drop the ball figuratively (and some literally) in getting blown out by Owensboro Senior. Oh well, Senior is really good. North-Hopkins was all over Class 5A last week and, we think, will be too much for Murray High.

Conner vs. Simon Kenton. Conner was only 4-7 last season but stayed in the game with Simon Kenton a year ago at home, losing only 13-7. While Conner appears improved from 2017, we are giving the edge to one of 6A’s top ranked teams at home.

Paducah Tilghman vs. Mayfield. Each of these teams are 2-0 and Paducah Tilghman is probably the surprise team in Western Kentucky. Tilghman blew out Class 6A McCracken in week zero and really look like some of the Tilghman teams of old. However, Mayfield is Mayfield and the game is in Mayfield. We believe this will be a tough week for the Blue Tornado and may shake some of its early confidence.

Henderson County vs. Christian County. When the AP poll was released I was surprised to see Christian County ranked number 6 in 5A. County went on the road last week and lost to a Class 6A, Rossview (TN) team which will struggle to win games this Fall. I could be wrong about this, but I am not too impressed with Christian County’s football team and I don’t believe them anywhere near the 6th best team in Kentucky’s 5A classification. Henderson County is a Class 6A team which figures to be quite good this year. Henderson lost to a good Evansville Reitz team by only 6 before blowing out Evansville North.

Franklin-Simpson runs the ball very well and is suspect in passing the ball. The Wildcats don’t generally fare well if they are required to throw the football. I know Franklin-Simpson has a ton of players back from a Class 4A, State Championship but you aren’t going to be successful running the football at the Spartan front, particularly with Jacob Lacey around and Pete Cross patrolling the 2nd level at linebacker. South blew them out 36-7 in Bowling Green a year ago. The game will be much closer than that in Franklin.

This game pits one of Class 2A’s top rated teams in the Briar Jumpers from Somerset against the top rated team and defending State Football Champion in Class 1A, Beechwood. Somerset boasts the best defense in its classification. Beechwood only beat Somerset 7-0 last year in Somerset, Kentucky. For two years in a row, and in another defensive battle, the visiter will leave town victorious.

John Hardin vs. Daviess County. Class 4A, John Hardin was blown out last Friday night by North Hardin 31-0. Daviess County, a Class 6A school which boasted the most potent passing tandem in Kentucky in Cambron to Tinsley lost half of the duo to injury when Marquel Tinsley went down to injury, ending his season. Daviess lost this game last year with Tinsley. Still, the game is in Owensboro and Daviess badly need another win to go with its week zero blowout of Owensboro Catholic.

Todd County Central vs. Caverna. The Rebels are being coached by a run-first, defense oriented tough guy whose brand of football always wins. The Rebels gave a game away in the closing moments at Breckenridge and then rebounded to thrash Fort Knox. We believe the Rebels will stay on a roll and beat Caverna, 0-2, like they did in 2017, but the Rebels probably won’t put 58 on them like they did at home last season.

Crittenden County vs. Trigg. Trigg is at home and has some of the best athletes around the classification including a loaded freshman class with athletes who are helping out immediately. Crittenden County lost this match-up in 2017 at home and now have to go to Cadiz to play a Wildcat team coming off a tough road loss to McClean. The Wildcats will be waiting for this one!

Hazard vs. Letcher County Central. Hazard is a Class 1A, District 8 team whom is always tough. While Letcher County is a Class 5A opponent, Hazard whipped the stank off them in 2017. Hazard will do it again in 2018.

Breckinridge County vs. Logan. Breckinrdige County opened week zero with a tremendous win in the closing moments against a fairly good Class 2A team in Todd County Central. Well, they aren’t playing a fairly good Class 2A team this week in Logan County, they are playing the Commonwealth’s 4th ranked, Class 4A football team in Russellville, Kentucky. Logan beat Breckinridge County 38-0 last season. Logan is much better than the Grayson County club which drubbed Breckinridge 37-0 a week ago.

Atherton vs. Shawnee. Atherton beat Shawnee 61-0 in 2017. They may beat them worse than that Friday night.