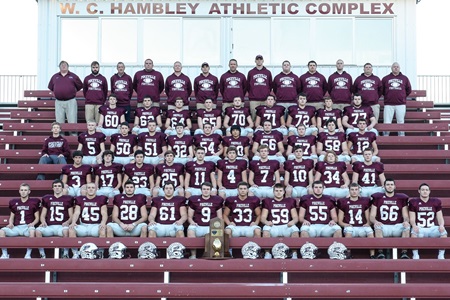 Well, Pikeville High School beat LCA worse than we predicted. We figured the game would be close, predicting Pikeville would come out on top 14-10. We were impressed with LCA’s victory over Waggener in week zero, but did forecast, if you will recall, the following…LCA has lost a lot from off its roster, production wise, and these freshmen littering the lineup may be the best group of freshmen in the Commonwealth but it doesn’t make them any older or more mature. These freshmen, as eighth graders for LCA, did win the middle school state football championship. One thing is certain, Johns, Knight, Brown, and the crew do run out onto a football field expecting to win, so there is that. That may go a long way, but it shouldn’t go a long way against the top ranked (our opinion) team in the 1A classification on the road. One thing is for sure, the Paintsville team, which will be invading Pike County on September 7th, figures to be a tougher test and are certainly more experienced than the LCA team which saw the game get away from them in a hurry. In keeping with the established formula, let’s break down this matchup and KPGFootball will predict a winner at the end.

I have to say I was able to watch the game on WYMT.com and Pikeville looked both well-coached and talented to our eyes. It is hard to imaging a class 1A football teams being able to play with Pikeville. LCA was powerless to stop the Panther ground attack which would run, on the night, for 208 rushing yards. Connor Roberts gained 131 yards personally, in only 12 carries, with 2 rushing TDs. Roberts was an efficient, if not very active, passer completing 5 of his 7 attempts for 146 yards and 4 passing TDs. Every single pass completed by Roberts was completed to Jackson Hensley. Hensley caught 5 passes for 146 yards and 4 receiving TDs, to go along with his having one carry for 18 yards. Freshman star QB, Isaac MacNamee got some valuable live, varsity game action making the most of the opportunity. MacNamee was 3 of 4 for 57 yards and a passing TD. MacNamee hooked up with Christian Billiter on a 54 yard strike. Tanner Hamilton was a perfect 4 for 4 on his PAT attempts. Overall the offense followed up 46 points scored against Holy Cross with 50 points on the scoreboard against LCA.

The defensive effort against LCA was as impressive as the offense’s production and efficiency. Dawahare Campbell recovered a fumble, Seth Pugh and Kyle Watkins were each able to corral an interception apiece. Jackson Mullins had the teams lone QB sack. In addition to shutting out Holy Cross (Covington) in week zero, coupled with the effort against LCA, the defense has only permitted opponents, in two games cumulatively, to rush for 24 yards and pass for 138. Thus far Pikeville has allowed 7 points in its first two games. Needless to say continued defensive efforts like that will make any team’s beating the Panthers a dicey proposition.

Before coming into Pike County to take on one of 1A’s most highly regarded football teams, Paintsville had to play Frederick Douglass in the Mingua Beef Jerky Bowl. Joe Chirico’s Tigers, who had already beaten Class 3A, Estill County, 58-0, and Class 1A, Harlan, 48-6, wasn’t able to find a way to deal with a Class 6A, District 7 opponent in Frederick Douglass. Frederick Douglass, now 3-0, entered the Paintsville game ranked among the very best football teams in the Commonwealth’s largest classification and left the Paintsville contest even more highly regarded. On the night, Frederick Douglass was all over Chirico’s Tigers 57-7. Sure, playing a Class 6A team with 1A’s enrollment is a tall order, but 57-7? Class 6A aside, let’s take a look at what Paintsville was able to do in the first two games, when picking on opponents more its size.

Paintsville is a fairly one-dimensional offensive attack, and has been led in rushing by transfer QB, Joshua McClurg, (Transfer from LCA, oddly enough) who had (through 2 games) carried it 19 times for 241 rushing yards with 3 rushing TDs for an average of 121 yards rushing per game. McClurg will have to be dealt with by the Pikeville Panthers and contained for the Panthers to keep on its present undefeated trek. As for the Paintsville complaint of Frederick Douglass was 6A, what did you expect? You are going to have to spare me that analysis. Beechwood played Class 6A, District 6, Simon Kenton just last year. Simon Kenton finished 11-2 in 2017, and while Beechwood didn’t beat Jeffrey Marksberry’s Pioneers, Beechwood competed their tails off, losing only 22-14. What we are saying here is elite Class 1A football teams the ilk of Pikeville, Beechwood, and what we though of Paintsville going into the August 31st game with Frederick Douglass may not win too many, but they compete, which Paintsville failed to do. Getting beat 57-7, then having to play Pikeville, at Pikeville, can’t be good for the psyche going into the game.

Paintsville has got to be somewhat reeling coming into Pikeville off the heels of a 57-7 beat down, regardless of the school which administered it. Elite Class 1A teams in Kentucky, like Paintsville, like Pikeville, like Beechwood, et al., expect to compete with any team in any of Kentucky’s 6 classifications. Getting beat by 50 points is a difficult pill to swallow and then have to play a team, on the road, coming off both a 43 point, victorious margin, over Lexington Christian, which is both well rested and revenge minded, will be a tall order. Paintsville won this game 28-0 at their place last year. Not only will this outcome be vastly different, but if Paintsville isn’t careful, Pikeville will make last year’s score look competitive in comparison. We like the Panthers in this one.