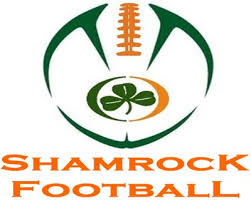 One musical group, very respected in popular culture, performed under the name R.E.M. which is an acronym for Rapid Eye Movement. Rapid eye movement is generally defined as a period of sleep during which dreaming occurs characterized by a rapid, periodic, twitching of the eye muscles. This, of course, is a grossly simplified definition of a much more complex aspect of physiology, but whatever, this is a digital sports magazine, after all. Probably R.E.M.’s most known song was entitled It’s the End of the World as We Know It (And I Feel Fine). Among the lyrics to this very popular song were the following…

These lyrics appear, presently, to be particularly poignant as this reporter must profess some degree of bafflement (assuming that is a word) at the start of the 2018 season for some marquee Louisville High School Football programs to include Trinity but not exclusively. We get many of our story ideas from subscribers and one messaged us yesterday with the following comment…Think about this: Trinity, St X and Ballard have opened the season 0-5 collectively. [Saint] X[avier] plays Bowling Green Friday, Trinity plays Archbishop Moeller (Cin, OH), and Ballard plays Collins. There is the potential to end week three of the season with these three teams 0-8!I don’t think 0-5 has ever happened before and I’m certain 0-8 hasn’t. Trinity then plays Male, who is likely the top team in the state, and then hosts Naperville, IL. Trinity’s first sure-thing win doesn’t come until J-Town in week 6. They could be 1-5 when they meet St X in week 7. Crazy stuff going on in Jefferson Co this season. We would glean from this comment we may not be the only ones baffled.

So, what (if anything) is wrong with Trinity? How can they possibly be 0-2? Well, let’s examine the issue a bit closer than the won-lost column. Trinity opened with highly regarded Carmel High School from Indiana. Carmel lost to Trinity in 2017, in Louisville, 31-3. This year, Carmel, with the game played at their place this time, won by a field goal, 24-21. Carmel is the number 2 ranked football team in the entire state of Indiana, according to MaxPreps. Not an easy place to invade and escape with victory. In the second game Trinity played the top ranked, high school football team in the Hoosier State in Warren Central High School, with the game in Louisville. Warren Central won the game by a single point 42-41. I realize Trinity should never lose a game ever (denote sarcasm) but Warren Central is ranked 22nd, nationally, by MaxPreps, 20th, nationally, by USA Today, and 19th, nationally, by High School Football America for a composite ranking as the 21st best high school football team in the USA. Warren Central and Carmel routinely win the Indiana State Football Championship in Indiana’s largest football classification and routinely play each other for that honor. I believe Warren Central has won the Indiana State Football Championship 8 times to Carmel’s 7.

The road doesn’t get any easier. Archbishop Moeller is presently ranked the 28th best football team in the entire State of Ohio and the game is being played in Cincinnati this year. Trinity won last year’s game, in Louisville, by the slim margin of 38-30. After playing Moeller, Trinity gets a Louisville Male team ranked number one in the Commonwealth’s 6A classification in this week’s AP football poll. So, is it the end of the world as we know it? Will Trinity’s performance, team by team, continue to leave reporters baffled? At KPGFootball, we really don’t think so. We think the panic button may be getting depressed a bit early, at least in reference to Louisville Trinity.

Sure, Trinity beat all of these teams, last season; but Trinity also got two of the three, out-of-staters, at home; and three out of four if you count Hialeah, Florida’s Champagnat Catholic whom the Shamrocks played in 2017. Champagnat Catholic was replaced on the 2018 schedule with Naperville Central who will come to Louisville to play Trinity between Trinity’s hosting Louisville Male and Jeffersontown, before the annual show-down with Saint Xavier. Incidentally, if your looking for the cupcake on the Trinity schedule, it sure isn’t Naperville Central. The Redhawks are the 16th highest rated, high school football team in the state of Illinois after having dropped its opening contest, at home, to Illinios’ 12th highest rated football team, Hinsdale Central, 35-34. So, will Trinity drop it’s first five games, and enter the Saint Xavier game 1-5 with only a win against traditionally poor (but much improved) J-Town on its résumé? Well, we don’t believe it likely but acknowledge the possibility. However, it doesn’t necessarily mean the Shamrocks won’t repeat as Class 6A, Kentucky Football Champions.

Football is a game of inches, a game of good bounces one place versus bad bounces another. Overall, Trinity looks largely like the same team it was a year ago, just dropping some close games on the road it won by slim margins, in 2017, at home. Basically, two games into the 2018 football season, though Trinity has yet to come out on the good end of a final score, with some tough games looming, the Shamrocks have enough talent and have played well enough, thus far, that, to borrow from R.E.M.’s lyrics again, KPGFootball is still Feeling pretty psyched about Trinity’s prospects going forward. By the way, [we] feel fine.