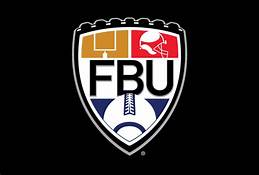 Well, we listed Carson Wright as Kentucky’s best linebacker in an article we published on May 10, 2018. We detailed his spectacular performance at our All-State Mountain Combine in an article published in June of 2018. We named him to that fool’s errand of a middle school All-State Football team we published in October of 2018. We have spilt a ton of ink telling you of the ability of LB Carson Wright from Pikeville, Kentucky. Just think, he’s a half-year away from being a ninth grader. We have something else to tell you other than Ha, ha, we were right as rain and that is Carson Wright has been selected the Midwest Central Region’s Defensive MVP for his play in Indianapolis, Indiana in the FBU National Championship Tournament.

Before we forget, he’s also been selected to play in the Offense-Defense All-American Bowl, since he will be in Florida for the FBU National Championships and all. How did Carson rack up all these distinctions and honorariums? Through his play, the only way one is able to do it. Carson, in the two games stationed at LB for Team Kentucky in the Midwest Central Regional, collected 30 tackles, 14 of which were solos, recovered 2 fumbles, had 4 QB pressures, broke-up 7 passes, had a pick-6, blocked a punt he scooped and scored from 28 yards away, had a TD rushing from the 5 yard line though primarily playing defense, and helped guide a Kentucky defense which held both its opponents faced to zero points. We had the opportunity to have some dialogue with Carson about his selection to the O-D All-American Bowl and he told us his first obligation is to Team Kentucky and its pursuit of the FBU National Championship. Carson indicated, after winning it all in Naples, he will focus on closing out his 2018 football season at the O-D game.

Hard to imagine any 8th grade linebacker having a better middle school career than Carson Wright. In two years playing middle school football, at Pikeville Middle, Wright had 274 tackles, 21 sacks, forced 10 fumbles, and intercepted 5 passes. He led his middle school team to two State Runner-ups, one in the 2017 KYMSFA 7th grade Championships and then again in the 2018, 8th grade, Division 3, KYMSFA Championships. Offensively, the linebacker/running back gained 3,568 all-purpose yards, scored 40 TDs, and converted on 45, 2-point conversions.

Carson attended the All-State Mountain Combine we put on with David and Darryl Sports where Wright took top honors at the combine for middle school participants, regardless of position. Wright was timed, in the Mountains, running a 40 yard dash at 4.52 seconds and registered a 4.31 pro-agility shuttle. Wright clipped the L-cone drill in 7 seconds flat and repped the middle school, bench press, rep weight of 115 pounds, 20 times. That would make Wright’s estimated, one-rep, bench press maximum right around 186 pounds the summer before entering 8th grade. Carson is 5-11 and weighs around 180 pounds and has performed on multiple Team Kentuckys, both FBU and Future Stars. In last years Future Stars game, Wright helped the Kentucky team beat Tennessee 31-28 in overtime. Congratulations to Carson Wright for this individual recognition and, collectively, to the rest of Team Kentucky as it braces to meet long time nemesis, GFL (Gwinnett Football League).