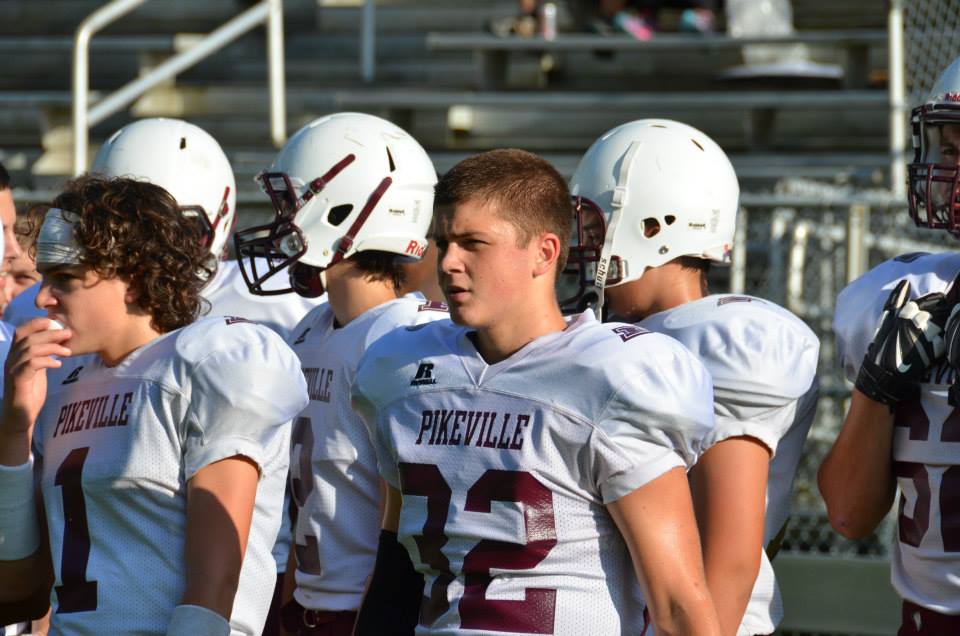 I don’t believe anyone knew more about playing linebacker than Dick Butkus, nor do I think anyone in human history was more suited to play there. Butkus, who was constantly accused of targeting people when he played in the league once said When I played pro football, I never set out to hurt anyone deliberately, unless it was, you know, important, like a league game or something. That is a linebacker’s attitude. Like class of 2023’s best linebacker in Kentucky, Carson Wright from Pikeville, for instance. Carson has been described by one of my competitors, Youth1, as being a strong tackler and in relentless pursuit of the football from the outside linebacker position. Yeah, I would say that is accurate. I know this sounds like a mighty hyperbolic description, and for a normal 7th grade linebacker it certainly would be. I mean, he’s a seventh grader. How in the world can we possibly be this impressed with a 7th grade linebacker? Well, let me tell you…

Now here’s the difference…how many middle school (much less 7th grade) linebackers did your home-town team face this year who were 5-11 and weighed 160 pounds, like Carson; have a registered 40 yard dash time of 4.94 seconds, like Carson; and can run the pro agility shuttle in 4.69 seconds, like Carson? Let me help you answer the before stated question; unless you played Pikeville, you didn’t face any. Why and how can we say that here at KPGFootball? We are entitled to say it because we cover the Commonwealth at this level of football, have coached at this level of football, and know of what the talent pool consists at this level of football. There aren’t any linebackers, like we above described, running around Kentucky (other than Carson Wright) who look, run, and hit like he does. Sorry, Carson is in a class by himself. Now, before all you parents want to tell me your little Johnny also is in seventh grade, plays linebacker, and has similar times in the 40 yard dash and the pro agility shuttle, I am talking about combine registered times and not some, daddy timed me in the back yard time.

Plainly and simply set forth, and as directly as we at KPGFootball can put it; Carson Wright is the class of his class at the OLB position throughout Kentucky. He is a player for whom the Tennessee coaches are going to have to game-plan this summer and, certainly, will. He is what an offensive coordinator calls a 2nd level problem when attempting to either run or pass the football. If anyone on that Tennessee sideline should doubt this, let me recommend they put in the tape of last year’s game.