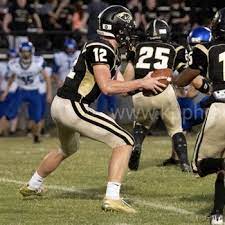 Like we did last week and will continue to do in succeeding weeks, we will go around the commonwealth of Kentucky and update, on Mondays, the performances we believe to be jerky-worthy. We had some really fine team and individual performance for the third week of competition in the KHSAA.

Cole Pennington led his charges to victory against an always tough Frankfort team in the Mingua Beef Jerky Bowl played at Bourbon County High School. Pennington was 17 of 34 on the night for 231-yards and 1TD. He threw an interception on the night.

The most important stat from last Friday night was Pennington’s leading his charges to a 3-0 start on the season. The top-flight ’22 signal-caller has the Spartans sitting undefeated as they were much of last season while handing Craig Foley’s Panthers their first loss.

Wow, what a night QB, Tristen Hawkins (’22) had for the Bruins in its 41-12 win over Class 5A, District 4 South Oldham Dragons. The ’22 QB completed 11 of 15 passing attempts for 289-yards passing and 3-TDs through the air against 0-thrown interceptions. Hawkins ran the ball 6-times for 14-yards and scored another 2-TDs over the ground.

Favorite target Kameron Horton (’23) caught 5-balls for 142-yards and a TD. Coveted DE, Jadarion Smith (’22), had 13-tackles on the night with 3.5 coming from behind the line and two more being of the QB sack variety. On the year, Smith now has 26-tackles, 7-TFLs, and 5.5-QB sacks over the first three games.

Talk about efficient, Cameron Hergott (’22), who won the Mingua Beef Jerky Award a year ago during his other senior season, was 8 for 9 through the air for 241-yards passing with 4-thrown TDs Friday night in Beechwood’s 49-0 dismantling of Somerset. He didn’t throw a single INT. Hergott ran the ball twice, gained 93-rushing yards and scored a TD by land.

Parker Mason only caught one ball, but hey, there weren’t but 8-completions to distribute anyway. Mason took his one 80-yards for a score. Before we forget, he took an INT back for a score too. Jake Conrad hit all 7 of his PATs.

Beechwood moved to 3-0. Somerset is now 1-2 with its lone win coming by way of forfeit.

Lennon Riles (’22) had a big night for Russellville who beat the Todd County Central Rebels 10-0 on Friday night. Riles was 9 of 21 through the air for 122-yards passing while rushing for 98-yards on 14-carries to account for over two hundred yards of total offense on the evening. Riles also had 4-tackles and a TFL on defense.

Chevis Elliot (’22) had a big night on both sides of the football. Elliot led the team with 7-stops and a TFL while recovering a fumble and catching the lone TD on the evening from his WR post.

Russellville moves to 3-1 on the year, claiming a “W,” by forfeit over cross town Logan County because of the KHSAA’s COVID Cancellation policy.

Abe Bowlin (’24) had a night for Walton Verona as the Bearcats improved to 2-1 on the young season in beating Grant County on Friday night 35-20. Bowling, a LB, had seven tackles. Among the seven were 2.5-TFLs and 2.5 QB-sacks. That is called “coming up big-time.”

Cannon Sheffer (’23) from Union County was key in Union’s big 12-7 triumph over a Class 2A bully on the western end of Kentucky, Owensboro Catholic. Sheffer was 18 for 26 for 239-passing yards and 1-TD through the air. He gained 25-yards on only 6-carries on the ground.

Union plays Owensboro in Owensboro this next Friday night. Owensboro will be without QB, Gavin Wimsatt. Wimsatt bid his teammates a teary good-bye after Friday night, indicating he was headed to Rutgers, now as a reclassified ’21, owing to his inking a six-figure, NIL deal.

We will see more, not less of this going forward. Union County is 3-0. Catholic is 0-3.

Who saw Graves County beating McCracken, 49-16 on Friday night? We didn’t. We aren’t saying Graves wouldn’t have been favored in the match-up, but 49-16?

Clint McKee rushed the football 26-times for 166-yards with 4-rushing TDs. Drake Defreitas completed 17 of his 22-atempts for 249-yards and 3-scores against no thrown interceptions. Mason Grant caught 7-passes for 145-receiving yards and a TD. Cade Goatley only caught 3 passes, but two of them were for TDs.

Speaking of Mayfield, the 3-0 Cardinals are “red hot.” Joe Morris’ team is 3-0 with wins over Class 5A Graves County by 14, and 18-point blowout over Class 4A Hoptown, and a 14-point triumph over Paducah Tilghman (3A). If they beat winless 6A, first-district, McCracken, the Cardinals’ RPI should rival LCA’s.

The Mayfield defense surrendered only 31-rushing yards and 158-passing yards on the evening. For Tilghman, in a losing effort, Uriah Virzi (’24) had 11-tackles and Darionte Ragsdale (’24) registered a “pick-six.”

Paducah moves to 1-2 on the year with a week off before being scheduled to host South Warren.

Previous winless North-Hopkins (Madisonville) scored a mild upset over Class 1A powerhouse Crittenden County. Though North, as they are called around Madisonville, are a 4A squad, Crittenden came into the game coming off a convincing thump of Webster County (3A), 53-6. Conventional wisdom was that North was “down” while Crittenden was a perceived contender for the 1A crown.

Lajuan McAdoo (’23) carted the football 36-times for the Maroons, gaining 196-yards rushing and scoring 3-rushing TDs. Chris Price (’22) registered 25-carries for 135-yards and a score of his own.

With the 337-yards rushing on 66-rushing attempts and 4-rushing TDs someone should spread some love to the North-Hopkins O-Line’s way! With a trip to Hopkinsville to play the Christian County Colonels upcoming, the Maroons are seeing an excellent opportunity to even the old won-loss record knot at two a piece.