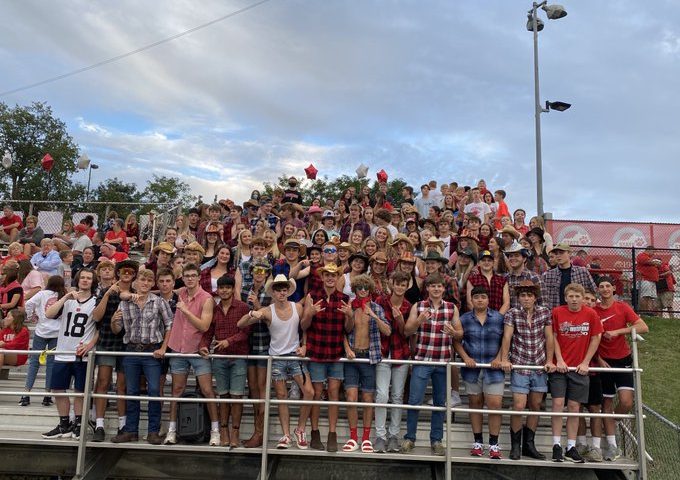 LCA stands at 2-0. They have beaten a Class 6A up and comer and a Class 4A superpower.

What more could one want? We believe the RPI-masters will reward the Eagles for their willingness to both play and beat out-of-classification football teams when it releases its numbers. By the way, LCA was to play Belfry on the road this week but were forced into a COVID-vacay.

We believe it was Belfry and not the Eagles afflicted. These are different times certainly and the times have spawned all new articulable terms.

What is escaping notice is the résumé being put together by the Beechwood Tigers. Beechwood hasn’t exactly been toiling away against the Little Sisters of the Poor convent over the course of its young seaon.

Beechwood has beaten Fairdale, Paintsville, and Somerset to get out to a 3-0 mark. Fairdale, whom they beat in the first week of action, was 7-1 last season in Class 5A, District 3 and many believed headed to Kroger Field a year ago before the pandemic forced them to cancel its Regional Championship appointment in Owensboro against the Red Devils.

Beechwood hammered Fairdale 35-0. It shook Fairdale up so badly the Bulldogs dropped their next game to Louisville Eastern. Eastern is a team which has routinely struggled in football around the Derby City but which has played some better football in ’21.

Still, you don’t expect Eastern to beat Fairdale. Eastern dropped its opener to 1A Kentucky Country Day (KCD), 25-20. KCD is no slouch. We picked them, preseason, to win 1A.

Then the next week the Beechwood Tigers smoked Paintsville 49-0. You may remember Paintsville is the reigning Class 1A high school football champions.

Sure, Paintsville is a Class 1A team. So was Beechwood until the 2019 realignment. That 1A label doesn’t mean too much when discussing elite programs at any of the 6 classifications of competition.

In its third game, last night in fact, Beechwood laid down its hammer on Somerset, 49-0. Somerset was 6-3 a year ago but, unfortunately for Somerset, the Briar Jumpers play in the same district with both LCA and Danville. Somerset won it all in 2A in ’19 before falling to LCA a year ago by one score in Lexington in round two.

It hasn’t been all its “Mr. Football” candidate, Cameron Hergott, either. We suppose, as he is the reigning “Mr. Football,” we should probably drop the word “candidate” when making the reference.

The EKU commitment, through the first two games (as the statistics for game three haven’t been posted by the time we published this article) has averaged 250 or so “all purpose yards” per game and has had a hand in scoring 6 of the team’s 12-TDs. He’s not alone in putting forth considerable and inspiring effort.

RB, Avery Courtney (’22) posted close to 150-yards rushing through the first two games with 3-rushing TDs in only 22-combined carries. Jake Conrad (’22) has nailed all 12 of his PAT attempts. Xavier Campbell (’24) has sacked the QB 5-times, not counting whatever he did last night to add to that figure.

We wrote this article this morning for a reason. It is getting time to start assessing the favorites in the different classifications going forward. It is time to get off some bandwagons and jump on some others.

We predicted, preseason, LCA and Beechwood were two trains on a collision course. We further predicted the resulting collision would birth a ’21 champion born from its smoke, fire, and ashes.

Three games in, we still hear that same whistle blowing. We all would be wise to brace ourselves for the coming impact.