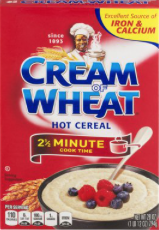 We featured Elijah Wheat, Class of 2020, right before the season opened back in July of 2018. You may read that article, should you choose, linked here for your convenience.

We noted he had thrown for 1,772 yards as a sophomore starter in 2017 and completed 18 passing TDs offset by his 10 thrown interceptions. In 2017, Wheat completed 155 of his 260 passing attempts for a completion percentage of .5962. So, how did he do in 2018? Was he able to follow up his 2017 performance with one as wholesome and nutritious to the concept of winning football? He certainly didn’t get creamed, which is fortunate when one’s surname is Wheat.

We’re kidding, of course. The reigning Kentucky Football Coaches Association’s (KFCA), Class 6A, District 1, 2018 Player of the Year acquitted himself quite well. Naturally he couldn’t have played poorly and still been the top vote getting for Player of the Year in a balloting of first district, Class 6A, football coaches. Sort of stands to reason one might say.

Wheat is a 6-0, 175 pound prospect who is a fantastic baseball player outside of what he does on the gridiron. Last season for the varsity baseball team, Wheat batted .463 in 34 games with 44 base hits in his 95 at-bats. Wheat contributed 29 RBIs and 7 doubles.

Football-wise, and, perhaps, most importantly, he lead the Mustangs to an 8-4 finish in 2018. He completed 126 of his 205 passing attempts for a completion percentage of .61463415. He passed for 1,822 yards, again completed 18 passes for TDs, only had 8 thrown interceptions over his junior year, and rushed the football 64 times for 127 yards scoring 2 TDs rushing.

Coach Marc Clark has his program installed thoroughly in Paducah at McCracken County and feels he has a key cornerstone returning at his all-important QB position in Elijah Wheat. While Coach Clark is certainly happy to have his QB returning for his third year under center, Wheat won’t be required to do it all alone.

Wheat will have considerable help returning this upcoming season. Leading rusher, Hunter Bradley (Class of 2021), returns as does leading receiver Franklin Hayes (Class of 2020). Bradley gained 744 yards from scrimmage as a sophomore in 143 carries with 10 rushing TDs. Hayes, a junior in 2018, caught 32 passes for 623 yards and 6 TD receptions while also leading the team in points scored with 80 (6 TDs rushing, 6 TDs receiving, 1 housed kick, and 1, 2-pointer).

Things should certainly be interesting at McCracken as they re-load what was a young roster and look forward to 2019. The product Cream of Wheat contained both calcium and iron and was advertised to make young kids strong. Just as breakfast is the cornerstone of a productive day, QB is the cornerstone of a productive offense. Elijah Wheat may not give his teammates iron and calcium but the Mustangs do draw considerable strength from his on-field performance.

All of McCracken County will be watching its Wheat continue to grow in 2019 and they should reap a considerable yield as the season’s results are harvested. However, there is no indication this particular brand of Wheat will be getting Creamed by anyone.