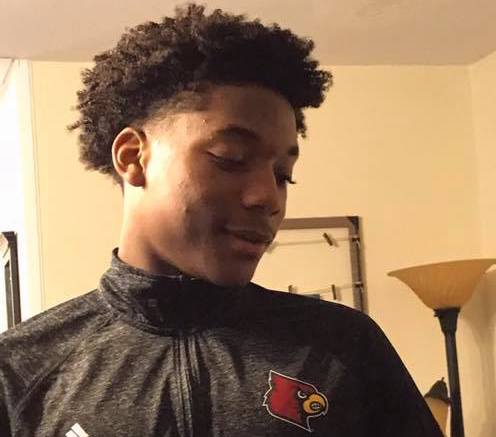 Rivals and 247Sports.com put together a top KY prospects list just recently and Reece Jesse wasn’t on it. Reece didn’t make the WKC all conference team. He has largely gone unnoticed everywhere but in this on-line reservoir of Kentucky high school football knowledge.

Well let me make a prediction…both Rivals and 247Sports know who Reece Jesse is today. Had they only subscribed to a publication which really follows and reports on high school football in Kentucky, in depth, they would have known about him much sooner.

As we go along in this article, we will be linking referenced articles, in light-blue, to provide verification of our claims. We first wrote about this WR prospect on April 22, 2017. Since that time, we have written twenty-two articles which either featured or discussed Reece Jesse, Jr.

On November 14, 2018, in an article entitled …Reece Jesse Jr., a name to know in Kentucky football at the WR position…, we said “Reece is quite a prospect at the receiver position and we believe him to be among the top 5 or so receiving prospects in his class.” On December 15, 2018, we selected him to our Sophomore All-State Football team along with Camden Williams (E-town), Dekel Crowdus (Lexington), and Zach Russell (TE, Johnson Central).

Then, in the article defending the selection, published December 24, 2018, we wrote that “This is a guy who passes the eye-test so thoroughly he could get a college offer, at some level, just getting out of the car at a camp or combine.” We went on to request of the readers “When he blows up, remember where you heard of him first.” That’s how confident we were about this selection and our evaluation.

So, this morning we learn that Tennessee Tech has offered Reece Jesse. Reece Jesse, the 6-4 inch, WR with the nearly 80-inch wingspan and 38-inch vertical (remember we posted in one of our 22 articles a link to a video of him performing a 360-degree, two-handed, slam-dunk). C’mon, you know, the Reece Jesse who led Class 4A, in 2018, with 29.74 yards per reception in spite of having to play 8.5 games with a WR (Ellis Dunn, 2019) at QB slotted at that position for the first time in Dunn’s high school playing career. He is the same Reece Jesse we selected to our sophomore All-State team. He is the same Reece Jesse for whom we both nominated to, and for whom we cast our vote for, inclusion on the AP’s All-State football team.

So what does it mean as FCS level schools don’t usually offer sophomores for fear it will draw FBS attention to a player they are hoping to swoop in a sign after the FBS-boys have either missed or passed on him. What we think it means is Tennessee Tech knows they can’t get Reece. More than likely, Tennessee Tech believes him to be headed to a FBS, power 5, school. Should it not pan out, for any reason, they want Jesse to remember who offered him first and maybe they can get him on the back-side, so to speak.

A similar path worked out for Tennessee Tech before Tennessee Tech had ever heard of Reece Jesse. A few years ago, UT Knoxville signed a 5-star prospect out of Georgia named Da’Rick Rogers. Rogers was suspended from the UT team, for reasons unimportant to this article, and transferred to Tennessee Tech where he would be immediately eligible. Had he transferred to another FBS school, he would have had to sit out a year. We don’t know this, but that fact likely made the transfer to another FBS-school option less attractive.

Rogers ended up killing it in Cookeville, Tennessee. In his lone season at Tech, he caught 61 passes for 893 yards and 10 touchdowns before eventually landing in the CFL with the Toronto Argonauts.

Now, if it appears we are doing a little crowing over here at KPGFootball,…well,…that is exactly what we are doing. We were right, we were first, and our analysis was dead on the money. So take that; all you rivals who want to disparage and diminish those of us out here to whom you feel superior (though we don’t know why). Your misplaced feelings of superiority are scant protection from the fact we do a better job than you, at least in Kentucky. By the way, how do you like your crow cooked?

Reporting forKPGFootball, this is F. W. Long reminding all of you ballers out there that #WeGotUCovered and to PLAY THROUGH THE WHISTLE.