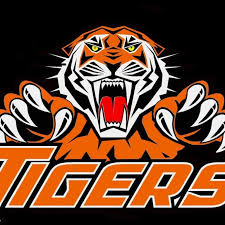 We will be the first to tell you that of all of our preseason predictions, this one we screwed royally. We said Danville would struggle and got much maligned for saying it and they went 5-7. We said Owensboro was one of the most talented teams in Kentucky even coming off a 4-7 mark in 2017 and they are 10-2 and playin South Warren in the Regional Championship game. We predicted Pikeville would win Class 1A and voted them number one all year long in the AP poll and they are 9-2 and steamrolling exactly where we saw them going. We said Christian County would be terrible, even coming off an 11-1 campaign in 2017, and they finished 4-7. Heck, we have picked 5 of Pikeville’s games this year almost dead on the margin and won 82 percent of our regular season picks on the 2018 season, so there hasn’t been many times this year we have been wrong…but in Hoptown’s case we were completely wrong.

Our preseason number one in Class 4A played like lukewarm dog-crap all year. Starting QB was lost for the season in game four but was only completing 39% of his passes when he went down and had one more thrown interception than TD completion. The starting QB’s back-up went down even before the starter got injured. The back-up was injured in a Junior Varsity game and was, also, lost for the year. Hoptown was reduced to taking its best receiver, whom had never before played QB, and attempting to have him run the offense, the results of which (while courageous) were still disastrous, through no fault, whatsoever, of the receiver turned QB, who performed admirably under really tough circumstances. Next year for the Tigers, at least on paper, should be different. Then again, we thought that of this year coming into this season. What’s the old saying, fool me once, shame on you; fool me twice,…well, you know the rest.

What shouldn’t be lost in all of this is the play of sophomore, Reece Jesse, Jr., who was among the leaders in Kentucky High School football for yards per reception. Reece, whom also led the Tigers in number of receptions (16), may have netted an unspectacular number of catches; but, hey, the entire team only caught 52 balls on the year. Jesse did make his receptions count and there is something to be said about any player who finds a way to lead the Commonwealth in an important statistical category (YPC, Yards Per Catch) in spite of the offense not performing up to expectations nor even having the personnel on hand it believed would be available coming into the year. On the year, Jesse averaged a Kentucky leading 27.1 yards per catch and accounted for 433 yards receiving for a team which threw the ball for only 982 yards total. Now the following isn’t a kept statistic which is published anywhere that we know of; but, we are willing to bet Jesse came no where close to leading the football team in targets. Reece is quite a prospect at the receiver position and we believe him to be among the top 5 or so receiving prospects in his class. Why? Well, KPGFootball is happy to tell you.

Chief among the physical characteristics prized at the receiver position is length. Reece Jesse, Jr. is nearing 6-4 and still growing. He has a 78 inch reach and, while we don’t have a present 40 yard dash time on Jesse against which to gauge his straight-line speed, he was fast enough to gain sufficient separation from back four defenders to average 27.1 yards per catch. An additional indication Jesse can run well (and plenty fast), and another attribute prized among recruiters in coveted receivers is vertical explosion. Reece has registered 35 inch vertical leap, which is the highest vertical on Hoptown’s entire team, and a reason the nearly 6-4 inch tall Jesse also stars on the varsity basketball team. Jesse has soft hands and uses his reach well both to high point footballs and to gain an advantage with the 50/50 balls and the back-shoulder fades. Jesse also uses his reach to shield defenders on his back while securing passes away from his body and hopelessly away from the corner or safety’s attempt to foil the completion. We believe there are better days on Hoptown’s horizon, though this year was nothing short of disastrous. Having prospects on the roster, like Reece Jesse, Jr., will be imperative going forward if Hoptown is to ever live up to the level of football we expect from the perennial, Class 4A, football power.