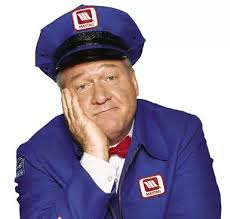 One of the funniest commercial bits ever produced for television involved a repairman for the Maytag Company. Maytag principally manufactured and sold appliances to consumers which were rumored to be the model of dependability in the industry for such appliances. The repairman, as the story line went, had a conflict as his was the loneliest of jobs-having to wait for one of these appliances to break-down before he would have anything substantive to do. Therefore, the poor guy really had little to nothing to ever do. To the casual observer, the similarity between the Maytag Repairman and the Quarterback for the Belfry Pirates is eery.

What is there really to do for a quarterback who plays behind the best offensive line in Kentucky football and which rarely, if ever, throws the football? Belfry is coming off a second round victory over Lexington Catholic, 55-51. In the game with Lexington Catholic, Browning attempted but one pass, an incompletion, for zero passing yards. In that same game, the Pirates rushed for 558 yards from scrimmage and 7 rushing TDs. So when it was announced the Maytag Repairman of high school football, the guy who could throw the football provided that were even necessary where he happened to play was selected the District 6, Class 3A, Player of the Year; many people were probably surprised…though they really shouldn’t have been.

In all the glitz and glamour of the Belfry ground game (4,440 yards rushing, on the year, and 541 points scored), it may have been lost on many around the Commonwealth of Kentucky just how important Avery Browning has been for this Belfry team in 2018. Perhaps it was most demonstrably displayed when he missed the season opener against Huntington, WV and Belfry’s offensive output of 9 points was the season’s low. Browning, pictured to the left of this paragraph, while only 5-9 and weighing 140 pounds, is still a three sport, varsity athlete at Belfry High School. In addition to football, Browning also is a star for both the baseball and basketball teams on Pond Creek.

Browning, when called upon to throw the ball for Coach Haywood’s Pirates, has been both effective and efficient. According to KPGFootball’s calculations Browning has to have one of the higher QB ratings in the Commonwealth (153.94 using the NFL formula). Browning, on the year, has attempted 36 passes, completing 26, for 713 yards and 13 TDs with 0 interceptions. Rushing the football, Browning has been equally impressive, as he gained 553 yards in 49 carries (11.29 yards per attempt) with 12 TDs scored. All told, Browning has accounted for 25 TDs, either throwing or running, and has gained 16.88 yards every play in which he has either thrown or run the football. What that equals, ladies and gentlemen, is a player deserving of being any district’s Player of the Year, and one which is certainly worthy of being featured by this online magazine.