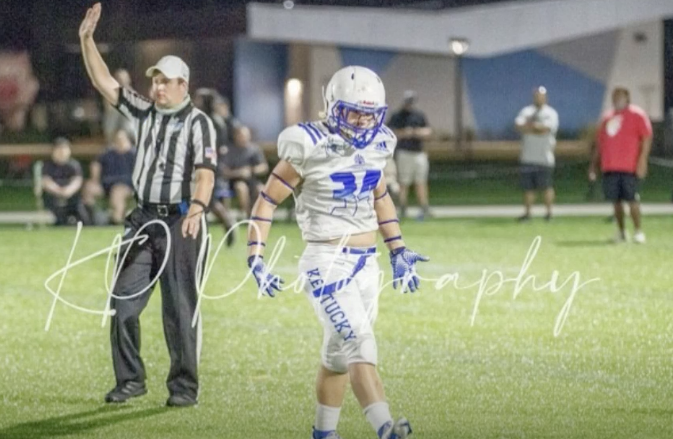 The term we have for an 8th-grader/rising freshman player who will go straight into a Varsity lineup, night-one/snap-one, is a “No-doubter.” We have seen many of these.

Among the ’21s leaving us to play on Saturdays, we identified kids like Darion Dearinger (Marshall), Justice Thompson (Central State), Seth Mounts (Missouri Western), Austin Gough (UK), Dekel Crowdus (UK), and William Long (Centre College) back in the lead-up to the 2017-season as guys very likely to start game one, snap-one.

We believe we nailed it. We don’t recall a single miss. Not too surprisingly, every last one of the kids are moving on to play college football.

There were more than just these about whom we were “dead-letter-right.” These are just the ones we were able to reel off the top of our collective heads without having to consult the database or research our 4-year old projections.

There are some ’25s headed straight for the field in the Fall of ’21. We have just published an article about Hayes Preston for example and have before covered Kalen “Jaws” Washington.

Hayes and Jaws aren’t the only ones. Breathitt County has a LBer on the way which hearkens Bobcat memories to second level defenders the ilk of Will Thomas (Will Tom) Collins and Kenneth “Shorty” Combs (Kory’s dad). For us at KPGFootball, Kory reminds us of Austin Gough.

His highlights are sick. He will start next year on the Riverbank for Breathitt County.

This guy is 6-0 and weighs close to 200-pounds. He can rep on the bench press multiple times at or over his own body-weight and is already power-cleaning 2 or more plates (225+). Incidentally, if we have to tell you what a plate is, this might not be the site for you.

This kid hit Kalen “Jaws” Washington, another “No-doubter,” so hard in practice leading up to the Team Kentucky FBU run to the National Title game in this year’s FBU National Championships that it was literally talked about all over the commonwealth of Kentucky. It was the “shot heard around Kentucky.” If memory serves, it broke some of Washington’s equipment.

Kory is not done with post-season, all-star appearances. He heads up his region (Region 4) in the “Battle of the Regions” and is set to audition for Team Kentucky Future Stars which has its annual game with Tennessee upcoming this summer. That Kentucky-Tennessee Future Stars game is believed by many to be the most prestigious honor of its kind among players aged appropriately to play in that game.

We have no idea what you will notice when you watch his highlights. We are well experienced watching prospect highlights and are happy to share with you our impressions.

If you watch the film, we think you will see a kid who looks (physically) like a junior in high school playing against competition stuck in a lower gear than he. We saw a linebacker with upper-level closing speed, a guy who got “down-hill” defending the run in a synapse, a guy who rolled his hips through the ball carrier and drove him through the ground like an All-American at his position.

We want to be very clear. This kid is very likely to see time running the football for Breathitt County night one. That being said we don’t see him attracting the attention as a RB we believe he will defensively. We believe Kory Combs to be a real prospect at linebacker.

He just has “it.” If you have ever evaluated linebackers, we don’t need to provide anymore explanation than that.

What level? That will depend on how his frame finishes. His dad has good size and length and was a star player in his days at EKU.

This kid’s frame doesn’t look like it is done developing to us. He has nice length in his extremities, indicating he may see another 2-3 inches, and he has the neck of a taller player as opposed to a “short-necked kid” which gets associated with the barrel-chested, shorter, compact footballers.

It is hard to get too much of a gauge on it. He’s thickly muscled up; but, in spite of this, he doesn’t have the physical characteristics of a “sawed-off guy.”

Either way, this is a magazine which covers high school players, not prospects. You can get that coverage elsewhere. Feel free to do just that.

How good will he be in high school? He will be a superstar.

How sure are we? Can you name a time since our coming on line we have missed on a prediction like this? We can’t either.