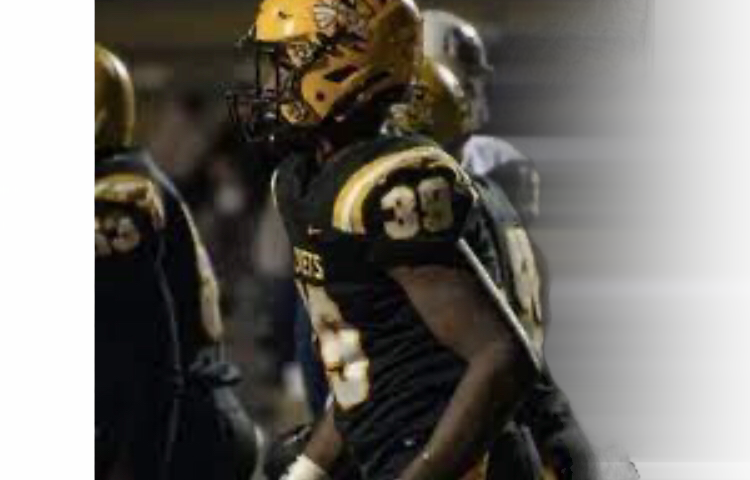 Week after week, Beechwood‘s Cameron Hergott (’22), who won this award last year, keeps posting numbers which are increasingly difficult to ignore. This week, the talented dual-threat senior showed he can play drop-back passer too when required. Hergott completed 16 of 24 passing attempts for 324 yards and 5-TDs with no interceptions.

Corbin may be the class of 4A this year as the Red hounds are really rolling. Brayden Reynolds (’22)had a TFL amonst his 5-tackles and Brody Wells (’23) mixed in one-TFL among his four-stops. Garrett McFadden (’25) and Mikey Neal (’25) both recovered a fumble a piece as Corbin won 56-0 over Knox Central to run its record to 7-0.

Freshmen really contributed to Central’s Friday night conquest as the Louisville High School boasts one of the best ’25 classes in the commonwealth. Central’s Cortez Stone (’25) gained 194-yards rushing Friday night with 4-rushing TDs. Central (Louisville) pounded out 295-yards rushing in only 28-carries. Andre Jackson (’23) had 10-tackles to pace the defense with Cylen Brown (’22) contributing 7-stops. Avaion (’25) and D Jure Johnson (’22) both recovered a fumble a piece as Central throttled Waggener 43-6 to improve to 5-3 on the year.

Highlands’ Henry King (’22) had 3-TFLs and 3-QB sacks among his 6-tackles Friday night. Kaleb Kisee (’22) also registered 3-TFLs. Jackson Higgason (’22) threw in 2-TFLs and a sack for a highland team which sacked the QB four times and registered 10 tackles behind the line of scrimmage as Highlands was all over Boone County 41-0. Highland improved to 4-4 with a date with Covington Catholic upcoming this next weekend.

Hopkins County Central is having quite a season this year. Class of ’22 QB, Adrian Stringer is leading the way like we predicted in the preseason.

Friday night Stringer had around 400 yards of total offense. Stringer threw for around 300 and rushed for another 100. The Storm were trailing Calloway in a pivotal district one matchup Friday night in 4A when Central scored late. Instead of kicking a PAT and sending it to overtime, the Storm went for two and got it; winning the game 30-29. Hopkins County Central is 5-2 with a home date coming up this next week against cross-town rival Madisonville North-Hopkins.

Johnson Central’s game with Perry County Central, a 4A 8th-district matchup, looked like it might end up a classic when the Commodores faced 4th and 1 at the Eagle three just right before the half trailing Johnson Central only 7-0 at the time. The Eagles held, took a 7-0 lead into the half time locker room, then came out the second half and put the hammer down on Perry winning 41-0.

Murray High School played Ballard Memorial Friday night and put 75-points up on the scoreboard, blading the Bombers 75-6. Rowdy Sokolowski (’22) carried the football 6-times for 191-yards with a TD and Xavier Biggers (’24) carried it 4-times for 131-yards with 3-TDs. Kainoa Olive (’24) got 6-carries for 105-yards and 4-rushing TDs as Darren Bowling’s Tigers from Murray, Kentucky pounded the ground 33-times for 545-yards with 11-TDs on the night.

Louisville St. Xavier beat DuPont Manual Friday night to run its record on the year to 6-1 and raise its RPI to .65400, the highest in the 6A classification. The game, expected to be a pretty tight game, ended up somewhat of a blow-out (42-10). Jack Sivori (’22) threw for two TDs and ran for another pair for 4-TDs, total, on the night. Jaxon Panariello (’23) had 2-TFLs and a QB-sack and Luke Saner (’22) and Tyler Boggs (’23) each collected sacks with both Jake Borland (’22)and Benjamin Marks (’22) pacing the backend with a pair of INTs a piece. Borland took one of his two INTs back for a pick-six. Way to go Jake!