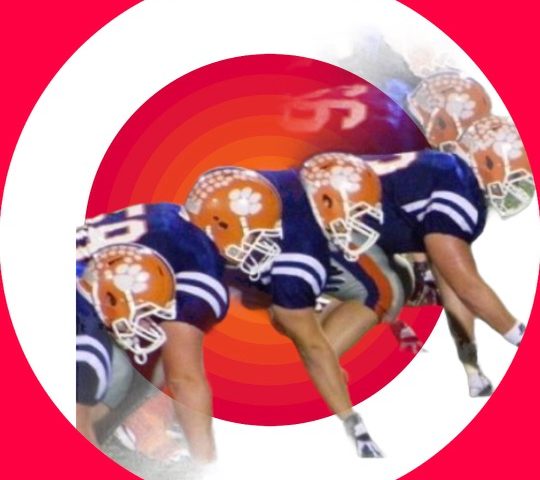 Well for the fourth straight week, Kentucky Prep Gridiron has gone 11-1 in its pick of 12-games. Like every week, we nailed the margin in some of these, got the winner correct in 11 of 12, and even came close to guessing the exact score a few times.

Enough of the back-slapping. Here are this week’s results from last night.

As is our custom, the prediction is the top part and the paragraph under the prediction in red-colored ink is the actual outcome of the game and how we did. We threw in some pithy commentary too because that is just who we are!

There are darn few times a 1-6 ball club, which was a single point or two from 0-7, will ever be picked over a ranked 6A club. Especially a 6A ball club boasting a 4-2 record and the type of talent the Bruins have on the roster. This looks to be one of those times.

We like the Shamrocks in this one. Sorry, Ballard!

Outcome: Okay, Ballard made much more of a game of this than we thought they would. It was never our thinking Ballard didn’t have the talent to win this game.

Ballard may have better players than Trinity at many slots on the field. We just figured the name on the front of the jersey would mean more than the names on the back of the jersey.

We think Mark Palmer was an excellent hire at Anderson County. He entered the job with darn little in the cupboard.

The Bearcats have come a long way from the team which went winless in Palmer’s first year. This seems especially true in light of Palmer getting no offseason a year ago to install his system.

That being said, I don’t know of any coaches in Kentucky who get anymore out of its roster talent than David Jones and his staff at Bourbon County. Bourbon just keeps improving, week after week, year after year. Player and team development are two of the surest signs of an excellent coaching staff.

We like the Colonels in this pivotal district matchup.

Outcome: We said the Bearcats had come a long way. We also said Dave Jones and staff do a whale of a job with the talent on its roster.

Other than that one team, both of these teams have beaten every opponent faced. That all ends this coming Friday night.

We like Boyle in this one. We believe it will be tight for much of the night.

Outcome: This is another one of those games where the amount of scoring we predicted just didn’t happen and the predicted margin was way worse than we thought it would be.

Joe Chirico won a title at 1A Paintsville and bolted for Class 6A where he has found the sledding a bit tougher. Bryan Station has been good since Phil Hawkins unpacked his bags from his stint at Owensboro Apollo.

One has to figure Bryan Station will win this game. Many people are expecting a blowout.

We are not among those people. It should be a comfortable margin.

Outcome: Picking the winner but blanking on score and margin was a consistent theme this week. There is considerably more defense being played around the KHSAA than we expected.

Bryan Station is headed down a collision course with Madison Central for the District crown. It will be quite the collision when the two trains meet.

Ran into some Central ball players over the weekend. I asked them how they were enjoying Coach Mike Holcomb. They reported loving him.

Well I reckon they do, being honest with you. I mean, Central won all of two football games in ’19 and ’20 and are 5-1 this year and looking better and better as the season progresses.

The team looks to be gelling and improving. That’s what hiring a coaching legend nets for a program, especially one with plenty of talent walking its hallways.

It isn’t either of those times. It is now! Right now, we are taking Madison Central to win this game by 11.

“Whistling” Mike Holcomb may win number “300” this season. Should he, his Indians would have found 11-scalps to claim along the way. Not bad for a team which won a single game in both ’19 & ’20.

We thought Madison Central was 11-points better than Oldham County even though first-year HC, TsShawn McBroom, has done a whale of a job coaching up Oldham County this year (6-1).

The Storm (Hopkins County Central) has the best QB in the western end of Kentucky (Adrian Stringer). They have gotten top-10 votes the last few weeks in the AP poll.

Chris Champion is one of the better young HFC’s in the high school game. He has Calloway County in games they shouldn’t be in and winning games they never won prior to his tenure.

Sorry Storm, but we think both teams leave Friday night with matching 4-3 records. We are taking Calloway in this one.

Outcome: Mike Evans, assistant coach for the Storm at Hopkins County Central, was our first message of the morning. He was chiding the magazine for picking Calloway to beat his team by 14.

Evans deserves to crow. The Storm are off to a 5-2 start, gaining Top-10 weekly AP votes, and have an excellent chance to run its record to 6-2 in a home date with North-Hopkins next week.

The Storm was our only miss of the week. They beat Calloway 30-29 in what must have been a whale of a game.

We could make all kind of excuses for why we missed here. We won’t. Excuses are for losers! 5-1.

Remember the Cinderella story? Girl abused by her mother and evil step-sisters made to clean all day in rags but scores an invitation to go to the ball where the Prince will select a beautiful maiden to marry. Cinderella ends up capturing the Prince’s heart. Does this sound familiar?

Well, Clay County has come to the royal ball uninvited. They are sitting 4-2 this year and evil sibling, Letcher County Central, is rolling into the ball the Crowned Prince of 5-1. Bad news for Clay, balls over for this Cinderella! Letcher going away here is our call.

We are big fans of Louisville Saint Xavier’s football team. We think there aren’t too many teams in Kentucky which can play with them. Obviously, Male can beat St. Xavier and we wonder whether LCA could pull it off.

Another team we don’t believe capable of beating St. Xavier is Louisville’s DuPont Manual, though no Kentucky team has beaten the Crimsons this year. This one will be a one score margin or less. In the end, we like St. X.

Outcome: For all you doubters out there about the legitimacy of Kevin Wallace’s ball club maybe this will shut your mouths. St. X is for real.

What we thought would be a tight ball game turned into an ugly route leaving many of us to wonder, “Just how good are these Tigers?” The answer: As good as any team in Kentucky on any given night it would appear.

This game may seem like two mules fighting over a turnip in a sack. Neither one of these teams are very good. If this game was being played in Hindman, Kentucky we would pick it differently. These two teams just may stalemate.

Outcome: The biggest thing we missed here was the game being played on Thursday night. We thought Leslie was 2-points better than Knott.

Mark Dixon has done a fine job coaching up the Commodores from Perry County since arriving from Hazard. Still, there is a big difference in beating Paintsville on the road (which was right impressive) and playing with the Johnson Central High School Eagles.

Are the Commodores ready for a team which seemingly challenges for the title in 4A every year? No.

Outcome: Our prediction looked foolish when the Eagles stopped Perry County Central at the 3-yard line, on 4th and 1, to take a 7-0 sliver of a lead into the halftime dressing room. What did Johnson Central do the second half? They came out and quickly stepped on the Commodores’ necks to win the game 41-0.

Now, for the Commodore apologists who want to say, “We played with them for a half,” we would point out that high school football games have always contained four, not two, quarters. Forty-one to nothing is 41 to nothing.

There are no “moral victories.” There are just wins and losses. 9-1.

AB is righting the ship and has come off a big win over E-Town, a team it played on Kroger Field a year ago when it won the title. East Carter is having a heck of a fine year.

All good things must end. We like Blazer here.

Outcome: Here is now our third game we came within a few points of guessing right on the number. We thought Blazer would win 35-21. They won 31-20.

We believe Ty Niece for Estill County is one of the more exciting athletes in Kentucky’s class of ’22. We don’t know where he will end up playing in college, or at what position; but we believe his playing somewhere is a foregone conclusion.

The Engineers have the blueprint to build a rout here. We expect they will.

Outcome: Here, for the 4th-time this week alone, KPGFootball came a hair-breadth away from nailing the final score and margin in addition to running the weekly record to 11-1 for the fourth consecutive week. We may be a little better at this than just being “lucky,” what do you think?

We thought Estill would win 42-7. Instead the Engineers won 43-14. If the dad-burn JV defense hadn’t allowed the cosmetic TD at the end of the fourth quarter…