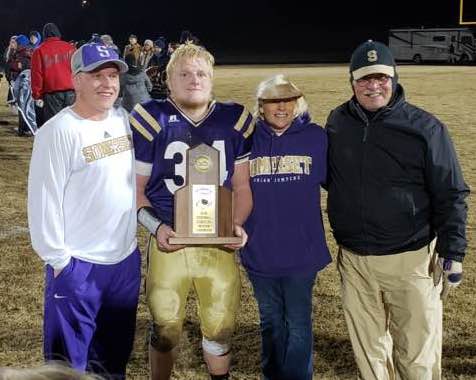 I was talking to a football coaching friend of mine who is the head coach at the FCS level. Now, this guy is close to becoming the winningest coach in program history and has been at this particular school an inordinately long period of time, especially considering the school is a Football Championship Series (FCS) or what some of you grey-beards would call NCAA 1-AA. We were talking about recruiting and he told me that the secret to his success is not recruiting frames but, rather football players. He shared that if the kid has ideal college, D-1 frame, he isn’t sliding to the FCS level unless he either isn’t much of a football player or from a woefully under recruited neck of the woods. In his words, if I am recruiting a kid an inch or two shorter than what is customary for the position and a pound or two light, but he is whipping everyone’s butt out on the field, why do I care how tall, long, or heavy he is? Good point. 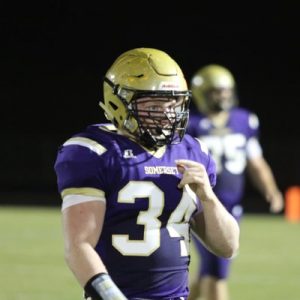 The term football player is universally understood to represent a guy who, regardless of height, weight, length, speed, or any other objective measurable, makes plays which generally result in his team’s succeeding. Regardless of objective standards the object of the game of football is making winning plays which assist your team’s being successful. At KPGFootball, we may be woefully incapable of defining, exactly, what is a football player but we know one when we see one. Peyton Hatcher, from Somerset, Kentucky, is a damn football player!

Why should colleges be flocking to Somerset to work him out and evaluate him? For starters, he’s a full qualifier. If the real goal is to identify student-athletes who really are students first; then Hatcher’s 3.4 GPA and registered 25 on the ACT fits that bill. This is a student whom will qualify for academic money, over and above whatever athletic money comes his way. Linebackers are the QBs of the defense, they get the fronts aligned and call the defensive schemes. What kind of intelligence would you like to have QBing your defense? KPGFootball likes its defensive QBs smart, like 3.4/25 smart!

As for his strength and explosion numbers, consider this! At last year’s Kentucky State Powerlifting Championships, Peyton Hatcher, competing in the 205 pound class and doing only enough to insure he would win, without doing all he could have lifted, still had a combined lift of 610 pounds (bench and power-clean). The bench press was 365 pounds and he power cleaned 245. Neither one of those figures are close to what he can now in either lift. Now you may be wondering why he would not just max it out? The answer is owing to the Powerlifting rules and the strategy commonly employed by athletes who regularly compete and win in that sport.

Once you declare the weight you are attempting, you can’t go lower. So the strategy is to get two good lifts in the rack. Bench is generally first so, if you are decidedly leading your weight class after bench press, the lifter will inquire of the judge how much do I need to win as they work low to high on the competitive lifts. After the morning bench presses, Peyton had a considerable lead, and, during the afternoon cleans, he cleaned what he needed to win; making sure it was safely racked. Some lifters, after racking the winning requisite, might attempt some wild amount of weight to break a state record. KPGFootball doesn’t remember whether Peyton did this or not, but the point is, what a lifter racks at the State Championships is often not that lifter’s maximum lift. KPGFootball is quite sure Peyton can bench press more than 365 pounds; after all, Peyton, at a combine before his senior year in HS, bench pressed the NFL combine weight of 225 pounds, 25 repetitions.

As for his speed and quickness, the 5-10 linebacker, who plays football somewhere in the neighborhood of 215 pounds, has a registered 40 time of 4.87 and runs the pro-shuttle in 4.3 seconds. Frame-wise, for those coaches caught up in those type of considerations, Peyton is an inch or two short, and 10-20 pounds lighter, than what most teams running a 4-3 scheme want in a middle linebacker. Speed-wise, his pro-shuttle is on the money but his straight-line speed may be .2-.3 off of the 40 time most colleges prefer.

Now, that’s enough about the T-shirt and shorts all-Americans. Let’s talk about being a football player, which KPGFootball thinks way more important than the above listed objective standards that often net schools track athletes playing football poorly when attempting to field a roster full of football players. Peyton registered 145 tackles over the course of leading his HS team to a Regional Championship and a berth in the State semi-finals. He tallied 21 tackles behind the line of scrimmage, 3 QB sacks, 9 QB pressures, caused four fumbles, and recovered two. Maybe more than that, according to the team’s official statistician Hatcher only missed 13 tackles on the season! Somerset played 14 games (finishing 11-3). If that sounds like an incredible statistic, your inclination has served you very well. KPGFootball has never even heard of a starting LB, in on enough of the action to register 145 tackles, only miss 13 tackles for the entire season. When Peyton breaks down on a running back, sinks his hips, and squares up to make a play in space, the running back is coming to the ground almost every time. That is called stopping a RB dead in his tracks.

So where does that leave the analysis regarding Somerset’s, Class of 2019, college prospect? Well, the answer seems apparent to us…if you are a college coach interested in a guy who is a full academic qualifier virtually assured of remaining eligible who may walk on campus the most powerful and explosive athlete on the roster whom almost never misses a tackle…one might consider visiting Somerset High School. The Briar-Jumpers have something just for you!