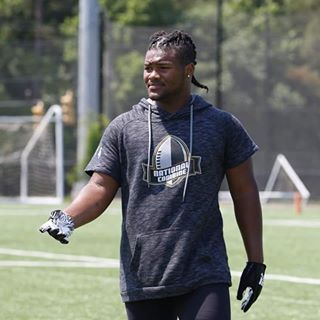 Recruiting is a funny animal for sure. It used to be, back before football recruiting turned into a meat-market, swim-suit, promenade of stature and hand-length, that the guys who went on to play at the next level were the best football players.

For instance, Tennessee had a running back once who timed in the 40 in the high-4’s. He left school the all-time leading rusher. I never remember anyone’s back-four running him down when he got even or by the third level.

We aren’t talking about the 50s either. This guy played in the early 80s.

Another guy who played at Tennessee who manned the middle-guard, Nose slot for the Big Orange defense was Jimmy Noonan. He was a late 70s early 80s guy. The crowd loved him, screaming NOOOONANNNN ever time he made a tackle or even took the field.

He was 5-7 and weighed 220-pounds. That is not all he was, as he was Tennessee’s most feared and capable defender.

How did these two make it in big-time college football? Well first, they didn’t make it, they thrived. They were able to do it because THEY WERE FOOTBALL PLAYERS!

We used to look for that. We don’t anymore.

That is the only way I can possibly understand how football players like Justice Thompson from Ballard High School can have only one offer, an FCS/D-I offer, but just one offer at the end of his Junior year. It sure isn’t because he isn’t a football player. He and Austin Gough from Owensboro have been the definitive, second-level defenders for a minimum of three-years.

Look at what Justice has done over this three-years starting at Class 6A Ballard High School, playing against the best high school competition the Bluegrass can muster. We have included a synopsis from our friends at MaxPreps which details it for you.

First of all, the kid projects as a MLB. Frame-wise, there is NOTHING wrong with 6-0, 230-pounds manning the middle of any FBS-level defense. We aren’t sure how fast he is 40-wise or agility shuttle-wise, but he’s making a lot of plays running down cats setting combines on fire all over the midwest. These guys he’s catching and destroying are collecting FBS-offers like pop-tops off coke bottles.

Look at what he has done on the field, man. That’s where it is supposed to count! Keith DeLong played middle-linebacker for the San Francisco 49ers and won them a Super Bowl ring, with him starting, and never ran better than a 4.9-40 (according to him) in his athletic career. He played middle linebacker in the NF(freaking)L.

Thompson is doing it on the field, like DeLong, like Noonan, like Johnnie Jones. Thompson made the 2019, first-team, Courier-Journal All-State Football Team (Coaches). He had 119-tackles, 23-TFLs in 2019 playing in Kentucky’s toughest district. He has had over 360-career tackles, and with a slightly better than average season as a senior, he may leave HS with 500-or so career tackles.

So, how in the world is this kid sitting here, with his frame, with his production, and possessing just one college offer, an FCS-level (D-I) offer at that? Well, we don’t know…maybe his hands aren’t the proper length, or his in-step arch is too-high, or something else WHOLLY UNRELATED TO HOW HE PLAYS THE GAME HE’S BEING RECRUITED TO PLAY! Sorry for yelling.

Here is what we have to say to Justice Thompson and all of us out there supporting him. You just take care of what you can control.

You will be found. It doesn’t take but one.

When you make some FBS, or FBS, Power-5 team’s all-conference squad we’ll see who’s sleeping then. When you are a college All-American, and on the night you get drafted into the NFL, we’ll get together then son, you know we’ll have a good-time then (from the song, Cat’s in the Cradle, Harry Chapin, 1974)