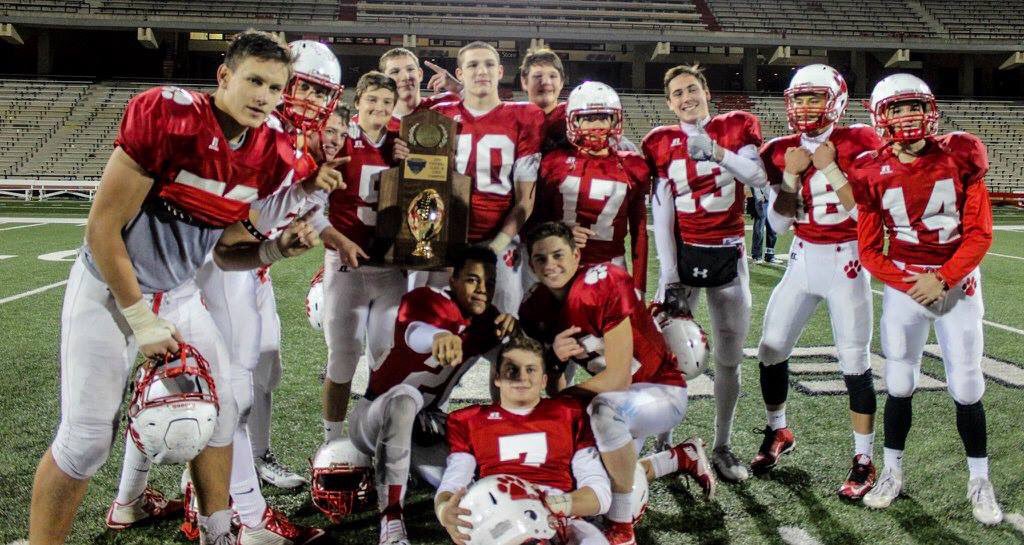 Last year, in winning the Class 1A State Football Championship and compiling a 13-2 overall record, Coach Noel Rash‘s Tigers may have been whipped by Covington Catholic (who wasn’t) by a score of 45-9, but narrowly dropped a game 22-14 to Class 6A, Simon Kenton. Simon Kenton was 11-2, last season, and Regional runner-up to Louisville Trinity. In addition to sauntering through its classification, Beechwood beat Class 2A powerhouse Somerset and Class 3A State Finalist, Corbin. We call that being able to play with anyone. Why shouldn’t they be able to play with anyone with athletes and football players like Logan Castleman on the team?

Castleman is quite an athlete and is committed to Wright State University to play college baseball. This past season on the diamond he batted .439 with 32 RBIs and 38 runs scored with a fielding percentage of .937 so I concede there are quite a few baseball programs likely to be interested in him; though that is not what KPGFootball covers. We believe the 5-11, 180 pound Taylor Mill, Kentucky native is a comparable football talent. Logan played RB, Slot, WR, and SS for the Tigers last season and was an all-over contributor. Tiger opponents must have thought there were multiple players wearing No. 32, last year, owing to his ability to make plays all over the field. Logan ran the ball 66 times for 427 yards with 10 TDs; caught 36 passes for 479 receiving yards and 8 TD receptions, scored 108 points for the Tigers, and contributed 3 interceptions from safety. Why not? If you are going to be over there anyway, might as well contribute.

Now the fear in having football players committed to play collegiately in baseball is What if they elect to forego football and concentrate on baseball their senior year? Well, if you don’t believe that to be a legitimate fear you either have a short memory or have never heard of Caldwell County‘s Shane Burns. Burns, just last year, coming off a junior campaign during which he completed 228 of 319 passed for a 71.5% completion rate for over 3,100 total yards and almost 40 TD passes thrown, decided to sit out his senior season inspite of having numerous high school career thresholds in attainable reach. Why? Well, he was committed to play college baseball for the Murray State Racers. Now, I have no idea whether sitting out the football season is something which has even occurred to Logan Castleman. I hope not and so does Beechwood and coach Noel Rash. However, that is the fear with college baseball commitments.

Beechwood figures it will need all hands on deck if they are to make a run at repeating. The Tigers lost 220 carries for 1,436 yards and 23 rushing TDs the second James Davis walked across the platform wearing a motor board in late May. Brayden Burch has also graduated with his 2,000 yards passing and 23 passing TDs and back-up sophomore, Christopher Layton, is untested; having thrown only 4 varsity passes last season.  Having a guy around like Logan Castleman, possessing the multi-faceted, athletic, skill set he has may ultimately prove itself quintessential.