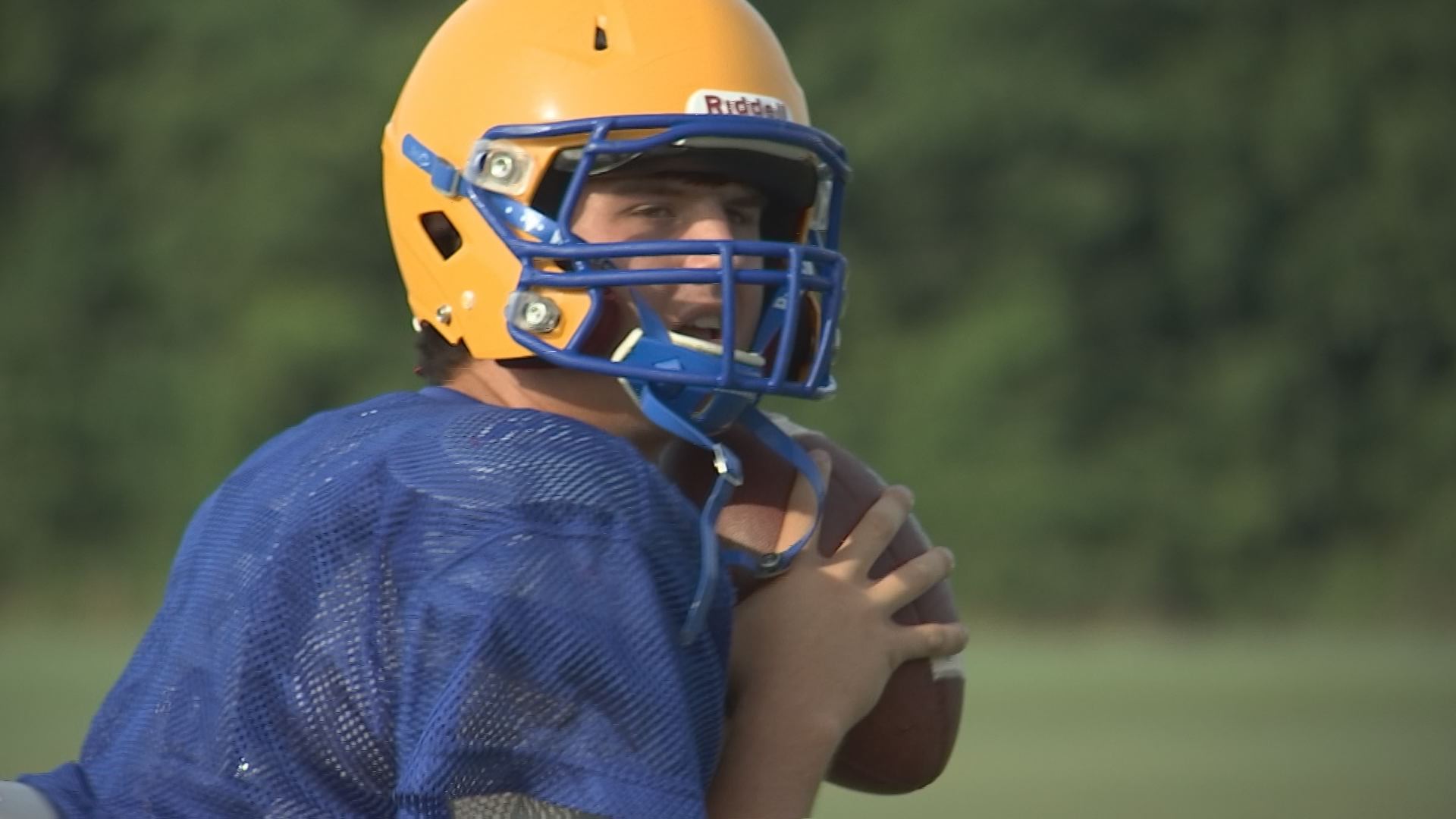 It has been reported by Todd Little with the Times Leader in Princeton, Kentucky that Shane Burns is foregoing football his senior season to focus on baseball. Shane Burns, as a quarterback, was entering his senior season having amassed nearly 6,500 yards passing and 71 TDs through the air. In a poll conducted just last year by www.wpsdlocal6.com, Shane was voted No. 6 on the Top 10 Players of Gridiron Glory by area coaches.

In what wasn’t known at the time the interview was conducted, but which appears a peculiar bit of foreshadowing presently, the coach at Ballard Memorial, John Elliott, said the following about Shane Burns in the WPSD interview conducted for it’s piece about the top players on the gridiron…[Shane’s] a little bit wider and a little bit shorter, but he still gets it done. He’s a pretty dog gone good quarterback.  He’s got that pitcher mentality, baseball mentality, and a good personality.

Shane Burns is a Division I pitching prospect with the limited amount of research on the matter I have conducted, even I have learned, with a scant amount of scour, that Shane led Kentucky this past season with an ERA of 0.50. Caldwell County, just this past season, won its second consecutive Region 2 Championship. Burns has committed to play baseball for the Murray State Racers. All of that aside, however, it is still hard to imagine a QB as talented as Shane, who last year, for Caldwell County High School, completed 228 of 319 passed for a 71.5% completion rate for over 3,100 total yards and almost 40 TDs, is going to sit out his senior season with so many career thresholds in reach.

With Burns spurning the gridiron for the diamond, the Tigers from Princeton appear most likely to turn over the keys to its offense to rising junior QB Joby Jaggers. Jaggers, the 5’9″ 165 pounder who doubled at WR in his sophomore season, completed 14 of 22 passes for 71 yards at QB. Jaggers is a quick, elusive, slippery ball handler who is very dangerous pulling the ball out on the Zone Read and getting outside the tackle box for big gains down the field. Jaggers may have the ability to become the polished passer Burns was, but he isn’t now. Caldwell County, an excellently coached High School football team with a system which produces QBs with the same regularity apple trees produce apples, will go forward, I am sure, with the mentality next man up. You don’t enjoy the coaching success HC David Barnes has for the Caldwell County Tigers any other way. Still, replacing a QB with the savvy, accuracy, game experience, grittiness, knowledge of the offense, and rapport with the skills around him is never an easy matter, even for a David Barnes.

Best of luck to the Tigers of Caldwell County going forward and remember ballers…PLAY THROUGH THE WHISTLE!