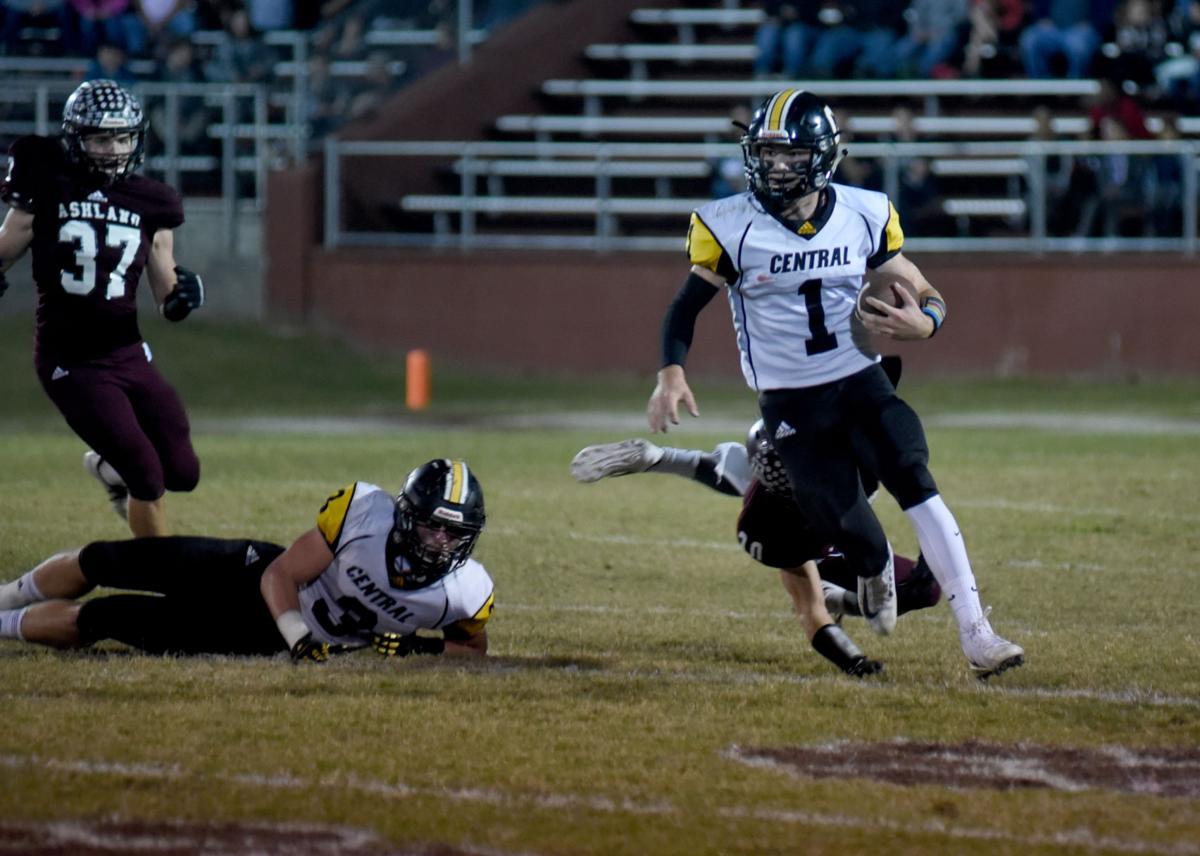 You have heard of the straw which stirs the drink? According to sources consulted in preparation for the writing of this article, that particular saying originated with the New York Yankees’ Reggie Jackson, a.k.a. Mr. October, who described himself as such for the 1977 New York professional baseball team. Reggie Jackson was a home run hitter who batted in the middle of the Yankees order and is one of the all-time sluggers in baseball history. In football, we call TD scorers home run threats. Players who threaten to take any ball the distance, because of their speed in football, are often referred to as home run hitters. With Ryley Preece‘s penchant for finding the end-zone on both sides of the ball, it might be fair to call this home run hitter the Reggie Jackson of Kentucky 4A football.

There are people around both Paintsville, Kentucky and Johnson County who feel Ryley Preece will be as critical this coming season (2018) as Reggie Jackson was for the 1977 Yankees. It is hard to figure the exact impact of losing a player the caliber of Blake Gamble and what, if any, effect it will have on the Eagles’ fortunes. Not many teams can withstand losing a running back who, in 2017, gained 1,907 yards on 252 carries and scored 25 rushing TDs in route to leading the Eagles offense in scoring. If the Eagles are to make its third straight appearance in the Class 4A State Title game, then Ryley Preece will have to pick up some slack. Lucky for Johnson Central High School the 2020 product looks to be peculiarly suited for the assignment.

Preece wears Jersey No. 1, and perhaps aptly, as he is the first offensive option in the Eagles’ attack entering the 2018 football season. Ryley is 6-0 and weighs 165 pounds and is positioned as both a QB offensively and a FS on defense. Preece runs the 40 yard dash in 4.58 seconds (hand timed) and shuttles (5-10-5) in 4.2 seconds. Now Preece has the vertical explosion to corroborate having that kind of speed as his vertical leap has been measured at 32.5 inches. Last season for the Eagles, Preece carried the ball 107 times and gained 660 yards with 15 rushing TDs. Passing the ball, Preece completed a respectable 58 passes, out of 104 passing attempts, for 1,284 yards and 16 passing TDs. Ryley Preece, either running it himself or passing it to others, accounted for 31 TDs (home runs) in 2017. While positioned at FS on the defense, Ryley Preece intercepted 4 passes returning the same 158 yards for a fraction under 40 yards returned every time he intercepted it. Two of the interceptions, Preece took all the way to the house for a pick-six. All told, offensively or defensively, Preece had a hand in 33 touchdowns being scored. That’s hitting quite a few figurative home runs.

There are a few things of which we are certain at KPGFootball. We know Johnson Central will be in the title hunt in the 4A Classification because, of late, they always are and the Eagles boast some of the best talent in its 2020 and 2021 classes in Kentucky. We also know Ryley Preece is one of the most electric and dependable ball-handlers for the Eagles on both sides of the ball and one of the fastest and quickest players in his classification. Finally we know that Ryley Preece is, just like Mr. October was for the Yankees, the straw which stirs the Eagles’ drink.