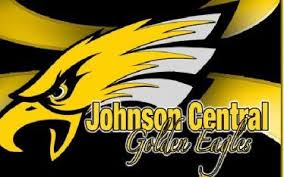 Well, on paper, going into Friday night’s game, what could possibly look, to the casual observer, like a better match-up than Louisville Moore, 4-0 and ranked 5th in this week’s AP, Class 4A poll, traveling to Paintsville, Kentucky to match the Johnson Central Eagles, 2-1, and ranked 3rd in this week’s AP, Class 4A football poll. This game should be nip and tuck and a fists and wrists fight to the final horn, right? The dispute will be in doubt right to the end, correct? Well, at KPGFootball we aren’t so sure this game will be quite the contest one might think. We believe one of these teams may well be a paper tiger, if you will. Let’s go Inside the Numbers and take a closer look at Louisville Moore vs. Johnson Central.

Louisville Moore has played enough cream pastries to open its own bakery. Southern, according to the Calpreps.com and MaxPreps computer algorithms, is the 151st best team in KY, Collins (according to the same sources) is 94th, Seneca is 206th, and Jeffersontown is 133rd. Kentucky fields exactly 222 high school football teams. Collins is the best team the Mustangs have played and they are barely in the top half of Kentucky High School football teams and presently 0-4. Seneca is trending dangerously close to being Kentucky’s worst high school football team, commonwealth-wide. I dare say a puff of wind might beat them by two-touchdowns. Moore’s four opponents, thus far, have a record on 3-12 on the season.

Johnson Central has played and narrowly lost to Capital (WV), which is the 3rd most highly regarded team in the entire state of West Virginia according to MaxPreps and, presently 3-0. The Eagles have beaten Henry Clay, a Class 6A football team, which Calpreps.com and MaxPreps both believe to be the 29th best team in Kentucky, 33-21; and own an impressive victory over South Charleston, who while winless, are still regarded, according to the MaxPreps computer algorithm, WV’s 26th best high school football team, record be damned. Johnson Central’s opponents have a combined record, on the year, of 4-6, logged against opponents vastly better than the retinue of cream puffs against whom Moore’s opponents have gone 3-12. Advantage: Johnson Central

Common Opponents: The two of these teams have no common opponents. However, Johnson Central beat the fire out of Moore in Louisville in 2017, 42-8. Johnson Central won the Class 4A State Football Championship in 2016 and played for it last year. Over that same period of time, Moore was 7-4 and 6-5 respectively. Advantage: Johnson Central

Johnson Central: Ranked 16th, in Kentucky, according to MaxPreps and Calpreps.com. Maxpreps believes the Eagles to be the Country’s 1,035th best high school football team.

Louisville Moore: Ranked 53rd, in Kentucky, according to MaxPreps and Calpreps.com. Maxpreps believes the Mustangs to be the Country’s 3,739th best high school football team.

Louisville Moore has outscored its opponents 164-60 over its four games. What would be promising to us, where we coaching the Mustangs, is that our team has  rushed the ball pretty well over the four games averaging 200 yards a night on the ground while allowing only 68.5 a contest. The Mustangs have thrown for 585 yards in the four games or 146.25 per contest. Mustang opponents have managed to throw for a paltry 25.5 yards per night. Before we get too excited, go back to the paragraph discussing strength of schedule.

Against way better competition, Johnson Central has scored 97 points in three games while allowing 62. The Eagles rush for 280 yards per game and have allowed 146.667 from its opponents. The Eagles don’t throw the ball very well, averaging only 97 and some change in yardage, per game, through the air. The Eagle defense has been very solid against the pass permitting opponents to throw, on average, for only 73.667 yards a game.

If these statistics are overlaid, one would think the Mustangs, who run for 200 a game, would be able to run the ball on the Eagle defense, which permits opponents to gain nearly 150 yards a contest. Neither team airs it out, so the likelihood either of them intends to win this game through the air is very slight. The problem with the Mustangs will be able to pound the ground against the Eagles analysis is the Mustangs haven’t seen a defensive first two levels anywhere nearly as good as what the Eagles deploy. On the other hand, the Eagles have run the ball, very successfully, against better boxes than what Moore can stack into the first two levels of its defense Friday night in Paintsville. Advantage: Johnson Central

Here’s the bottom line for you…Louisville Moore is a paper tiger about to play a fierce and ravenous bird of prey with talons that will shred paper. This will be ugly, in our honest opinion, and Louisville Moore is about to come crashing to an earth full of bubble-bursting reality.

Well guys, this is what the tea leaves tell us. Our being more impressed with Johnson Central is largely owing to its history and its schedule versus the schedule played by the Mustangs up until now. Well, I suppose we shall how this plays out Friday night in Paintsville! Either way, we can’t wait to see how this conflict resolves and it will be interesting to see whether the statistical analysis, employed here, foretells anything, at all, about the outcome. The great thing about football is; it still has to be played on the field. Thanks for joining us for Inside the Numbers.