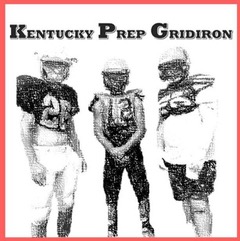 Well, last week KPGFootball picked 20 total football games and went 15-5. We still believe, as we yearn for a perfect week, we can do better. We have to quit picking with our hearts so much and rely on the infinite reservoir of knowledge we possess in our heads for our selections. Oh well, we are 44-14 on the year. We plan to get everyone of these games correct this week. We’re having fun doing it and let’s hope your enjoying the insight so let’s pick another pack of games. For some of these matchups we might make a wisecrack (or not). Here’s how we see Friday Night shaking out…

Pikeville vs. Belfry. Truthfully, we have taken quite a beating from our Belfry Brethren over this one. Why not, the Pirates won last year’s game on Pond Creek 56-13. Pikeville has turned around many a rout of the Panthers from the 2017 season into a rout for the Panthers in 2018 already. I know Belfry thinks this game will be a rout, but we really don’t think so and believe Pikeville is the elite team in the 1A Classification (either the Panthers or Beechwood) in the entire Commonwealth. Of course the same can be said of Belfry in its classification (3A). Pirates rolled the Panthers in 2017, but…this isn’t 2017. Can the Panthers turn around a 56-13 differential into a W? I may have felt differently just yesterday, but today, my heart yearns to believe they can; but my head just can’t grasp it.

Phelps at Tug Valley. The Hornets hosted the boys from Williamson, WV last year and lost that game 20-7. Now the Hornets have to travel there and play a Tug Valley team which is 1-1 on the year, thus far, but coming off a 10-2 mark in 2017. If Phelps wants to prove it has arrived in Kentucky’s 1A Classification, and belongs in the Top 10 poll, it needs to win this game. Will it?

Henderson County at Caldwell. Henderson County is ranked in the top 10 of the AP, Class 6A football poll this week for the second consecutive week at No. 8. Caldwell coming off a win over highly regarded Class 1A, Crittenden County, is ranked, this week, at No. 9 in the Class 3A poll. Henderson County has blown out everyone it has played, with the exception of its lone defeat at the hands of Indiana power Evansville Reitz. Caldwell County has owned this series winning in 2015, 2016, and 2017. Can’t see them winning this one though.

Mayfield at Graves. Doesn’t take a genius here, Mayfield may be one of the best teams in Kentucky regardless of classification. This goes under the “Are you kidding me,” category.

Waggener at Danville. Waggener is playing good football since losing its season opener to Lexington Christian. They travel to play a Danville team which is reeling with a 1-3 mark. Everyone criticized this publication when we predicted Danville would not be as good in 2018 without D’maurie VanCleave. But they only lost 11 seniors off a 15-0 State Champion ball club you all moaned when we predicted the decline. We told you all then, that sometimes the consideration is just whom the seniors happened to be and not how many they number. Oh well, cheer up Admirals, your about to go on a win spree starting this week which will continue throughout the remainder of the regular season, as only Somerset remains with the talent to play with you.

Pulaski vs. Allen County-Scottsville. Okay, ACS is 3-1 now, getting dropped by Glasgow last week as we predicted. They will get dropped a second time playing a Pulaski team coming off a double-digit beat down of the defending Class 2A State Football Champion, Danville.

South Warren at Grayson County. This game pits two undefeated, Class 5A, football teams. Friday night will show you the importance, or relative lack of importance, of won-lost records. Grayson has been feasting on cupcakes, Hancock, Breckinridge, Edmonson, and Ohio Counties, while South Warren owns beat downs of perennial Class 4A power, Hopkinsville, Class 4A Defending Champion, Franklin-Simpson (on whom they ran the clock in the game’s second quarter), and 2017, Class 6A, State Semi-finalist, Central Hardin. Friday night, Grayson County will discover South Warren ain’t no Ohio County!

DuPont Manual at Ballard. Both of these teams boast some of the best positional talent in all of Kentucky.  Ballard and Manual are both highly regarded in the AP’s Top 10 poll with Manual at No. 10 and Ballard being the highest vote getter among the Others receiving votes. Ballard is at home and should narrowly escape with victory, provided they limit both turnovers and penalties, which killed them when they opened with Boyle County to start off the 2018 campaign. Ballard is coming off a 27-20 win over a really good Central team, the same one who beat Manual 18-0 in week zero, so…

Central at Saint Xavier. Okay, St. Xavier beat the almighty out of Fairdale, Friday night to win it’s first game of the year. Before that, they had lost consecutive games to DeSales 19-16 and to Bowling Green 24-21 in overtime. Central has beaten exactly one good team in Manual, but have trounced Western and Fern Creek before losing to Ballard. Fern Creek, aren’t they a basketball school? We like Saint X here to even its work slate at 2-2, I mean, they are at home.

Logan County at McClean. Logan County has the easiest schedule in the entire 4A classification. However, they are beating whomever is put in front of them so there is that. McClean isn’t too bad, beating Ohio, Trigg, and Muhlenberg, and losing, narrowly, at Apollo. Apollo is really the only football team McLean has played this young season. Logan beat McClean 32-6, in Russellville, last season. Logan will beat them in McClean County too, but it will be much closer this year than last.

Madisonville North-Hopkins at Hopkins County Central. We sure didn’t see the Maroons losing to Union County, but they sure did. The Maroons are 2-2 on the year and traveling to play a Hopkins County Central team riding high at 3-1, and receiving votes this week for Top 10 inclusion in the Class 4A Associated Press Football Poll. Well, as it was once written by the great American Poet, Willie Nelson, Turn out the lights (Hopkins County Central) the parties over…

Christian County at Marshall County. I had a guy tell me I needed to re-evaulate my dislike of the Colonels from Christian County. He assured me they were way better than I had been giving them credit. He told me my hatred of them had biased me, in an unprofessional way. So I did what I think any professional in this field should. I took three deep, breaths, and told this guy to go screw himself and hung the phone up in his freaking face. I really never liked that guy anyway. We will see what the Colonels have or don’t have when Owensboro rolls into town. They will beat Marshall County however.

Naperville Central (IL) at Trinity. Trinity is 0-4, coming off a double-digit loss to one of its chief rivals (Male) and needing a win in the worst way. This is a very bad week to be hosting Naperville Central from Illinois. Trinity goes to 0-5.

LaSalle (OH) at Scott County. Well, Scott County beat Archbishop Moeller in Cincinnati last Friday night and I didn’t see that coming. The Lancers from LaSalle, whose only loss this year is to Ohio’s third best high school football team, and the Nation’s 28th best (Colerain), are better than Archbishop Moeller. Moeller isn’t as good as they have been in the past but good enough to beat Louisville Trinity. If Scott County wins this game, we don’t have anything in Kentucky that can play with them. I don’t believe that to be the case.

Highlands at Lexington Catholic. Kentucky football, to seem like real Kentucky football, needs historical power brokers, like Highlands, to get back right. They are certainly getting there as Highlands is ranked number 5 in this week’s Class 5A, AP poll. Tough game this week as they travel to play an undefeated Lexington Catholic team considered one of the best in its 3A classification (No. 3, AP). Both teams have played Ryle with Highlands beating them 40-3 while Lex. Cath. beat them 50-34. This game is a tough one to figure. We are traditionalists if nothing else, what the Hell, we’ll take the visiting Bluebirds.