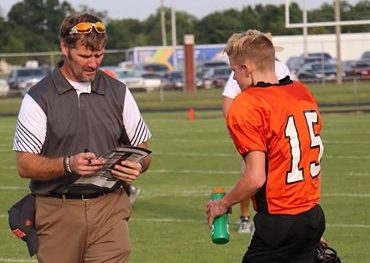 Interestingly enough, and something of which many people may not be aware, the name Jacob is a cognate of the name James which has the name, Jack, commonly ascribed as a short or nickname. In the study of linguistics, cognates are words with a common etymological origin. Cognates, therefore, originate from the same or similar point. Etymology, which I studied in college obtaining an English degree, is the study of the origin of words. There is a reason I told you all of that.

One of the most commonly used expressions, used mostly by people having no idea the origin of the particular expression is Jack of all trades, master of none. That term, according to Rashmi Jain, in indiatimes.com, is used derogatorily to describe a multi-skilled person with average efficiency and originated (etymology), we think, in John Gower’s Middle English poem Confessio Amantis (1390). In the 14th century, Jack was a generic name and was a general representation of the common people. For all of the above reasons, we changed the expression when referencing Class of 2023’s Jacob Beale. In reference to the football skills he has put on display for the Hopkinsville Middle School this year, Beale’s production has been anything but common. His mastery of the many responsibilities he has been called upon to undertake has been exhausting to watch. That is why we changed the oft quoted phrase from its original form to our Jacob of all trades, Master of many!

Now with a date with Graves County looming this afternoon, Hopkinsville Middle School is quietly rounding into a division 2, middle school, which might be playing its best football with the playoffs right around the corner. Sure, the Tigers got off to an inauspicious start losing to an always tough, but still 2-3, Caldwell County Middle School team, and getting blown out by cross-town, division 1, undefeated Christian County (who has put it on every opponent it has played but Caldwell County). However, the Tigers showed quite some pluck in rebounding to beat both Todd County Central and then upsetting the Mayfield Cardinals at the Stadium of Champions, 16-14, a week ago today. In the Mayfield game, Beale starred in the defensive back-four for the Tigers and accounted for the bulk, if not all, of its scoring, rushing for 203 yards and scoring twice. As a matter of fact, both the QBs for Hoptown Middle, seventh grader, James Nason, and eight grader, Jacob Beale, have wowed onlookers with their athletic ability this season. Both have exhibited the ability to throw the football and get outside the tackle box and attack all three levels of the opposing defense with their feet.

Schedule wise, and we are getting this from a published schedule, preseason, and middle school football schedules have been known to be works in progress, we believe HMS, after traveling to Graves County for today’s game will come home to play Logan County the 20th of September, play Browning Springs the 29th of September, before ending regular season play October 4th against Christian County Middle School. HMS is 2-2 now, with four to play. Should the Tigers stay on the present hot streak, which the win over Mayfield and a win today would certainly support using that term, and provided the Tigers are able to ride this wave to victories over Logan, Browning Springs, and Christian County Middle, one would have to think HMS would enter the KYMSFA playoffs as a favorite for a deep playoff run. Who knows, if Beale’s exceptional play continues, and with the talent level which HMS always has dotting its roster, Tiger fans may even justly expect another playoff run as deep or, dare we say, even deeper, than its 2016 run to the semis in Lexington. One thing is for sure, to get to Lexington, Kentucky having a QB who is a Jacob of all trades and master of many will certainly be a very useful commodity going forward.