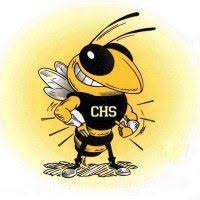 College recruiting can be very frustrating as a parent. KPGFootball gets asked, all the time, about the topic by both parents who regularly read our articles and subscribers. Everyone knows, especially around Kentucky High School football circles, the teams which advance this time of year, and go on to win Championships, are the teams which can shorten games, pound the ground, move grown men where they have no intention of going, and RUN THE FOOTBALL. So, where does this leave receivers? How are they ever going to get enough targets to gain a college coach’s attention. At the end of the year, when Receiver A hasn’t caught his 60 passes or gained the 1,000 yards receiving every parent thinks the kid needs to go play at the next level, what is a kid to do? These are legitimate questions and, at KPGFootball, we can see why they get asked.

First of all, college coaches are looking for attributes unrelated to Friday night statistics. What a kid does on Friday night can be terribly misleading as many coaches recruiting a state or Commonwealth (in Kentucky’s case) don’t know anything about the competition against whom the statistics are being accumulated. Therefore, coaches have to look at things other than and additional to on-field production. All receivers in college catch the ball or they don’t last at the position long. So for what do they look? They look primarily for things like, will the prospect be able to gain admittance to the University? Is the receiver fast enough to separate form college back-four guys? Does he run good, disciplined routes? Does he block well and take an active roll in the run game? Does he run routes hard and carry out fakes or does his body language give away the fact he isn’t really getting targeted on the play? Does he have any length? Does he take balls out of the air at its high point? Does he catch the ball in his hands away from defenders or with his body where safeties and corners can rake at it? All of these matter. All of these are exactly why U’Kari Baker at Louisville Central will end up on a College roster and the team which ends up with him will be thrilled they took the chance on giving him the opportunity to show, in college, what he can do.

Baker plays for one of the most successful programs in Kentucky’s 3A classification. Louisville Central is 10-2 and playing Russell (8-4) in Flatwoods, Kentucky tonight for the opportunity to play in the Semi-finals of the KHSAA playoffs. Now, Coach Marvin Dantzler’s team does what successful, Kentucky teams do. His teams run the football and very well. On the year, the Yellowjackets have gained 3,193 yards on the ground while only throwing for 980. In spite of the emphasis on running the football, Baker has carved out, for himself, a very fine season. Baker is leading the team in receptions with 28 and his 474 receiving yards also lead the team. Baker has caught 6 TD passes and his 16.93 yards per reception evidence an ability to both get open down the field and his ability to catch a short pass and use his athleticism to make it a big play. Baker also plays corner and is second on the team in interceptions, with 4, trailing only Quintez Payton’s 7.

Looking at Baker’s frame and speed makes it easy to forecast his playing collegiately at either WR or corner. Baker is 6-0 and weighs 190 pounds but still has been timed at 4.4 seconds covering 40 yards. His 34 inch vertical leap and 10.6, fully automated, 100 meter dash time both substantiate his 40 time is entirely legitimate. Actually, not to quibble but a 10.6 100 meter time indicates his 40 could get quicker with a better start. A 10.6, 100 meter guy should be clocking around 4.38 seconds in the 40, according to Reddit.com. U’Kari has the length and height to play wide on offense, next level, stay at corner, while still sturdily built enough to move to strong safety and be that extra linebacker, coming up to meet the run and help set the edge. In any event, one this is clear and that is U’Kari Baker is one of the most athletic and dynamic athletes available to be recruited in Kentucky’s Class of 2019.