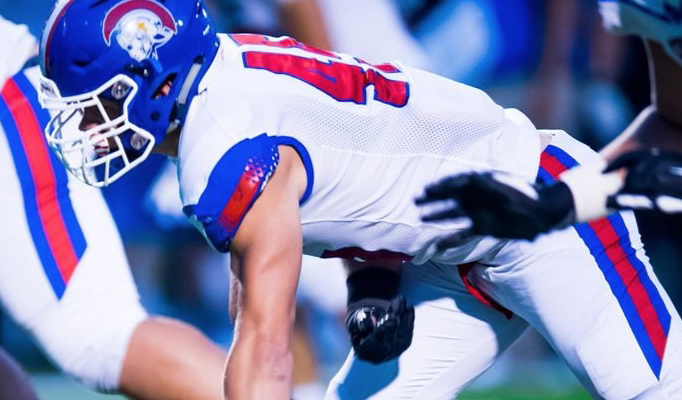 Well, we are down to the time of the year where only contenders remain. Pretenders get eliminated in the first two rounds of the KHSAA playoffs. From the Regional Finals on to the Championship, the remaining teams are legit. KPGFootball is very pleased it will be on the sideline to watch two, Class 2A heavyweights go at it in Somerset, Kentucky this Friday night when the home-standing Briar Jumpers entertain the visiting Centurions from the Christian Academy-Louisville. Somerset is 11-2 on the year and CAL is 13-0. In arriving at the perfect record, CAL dismantled St. Francis DeSales, in its Regional Final this past week, 34-7, at home. There is a big difference in getting to play at home versus jumping into the Briar Patch to take on a group of rabid, bad-to-the-bone, bunnies. The Centurion’s game will travel as they have beaten both E-Town and DeSales, over the regular season, on the road.

Now KPGFootball prides itself on knowing way more about high school football than any other publication in Kentucky which covers the sport. Why? Well, for starters, it’s the only thing we cover and we cover it year round. When discussing containment regarding CAL, most writers will talk about Milton Wright who has caught 65 footballs this year for 963 receiving yards and 12 TD receptions, together with his 361 yards gained rushing the ball, on just 27 attempts, and 6 rushing TDs. Some will tell you about Brandt Babin who, in only 9 games of action, rushed the football 100 times for 740 yards with 12 rushing TDs. Some will talk about Harrison Zimerer’s 145 rushing attempts for 1,002 yards and 16 rushing TDs. Hell, between Wright, Zimmerer, and Brandt Babin; those three players alone have put 306 of the team’s 545 points on the scoreboard this year. Considering place-kicker, Loyd Games, has scored 71 points this season on field goals (2) and PATs (65), another way to look at it is Wright, Zimmerer, and Babin have scored nearly 70% of the points for CAL, not scored by the place-kicker. 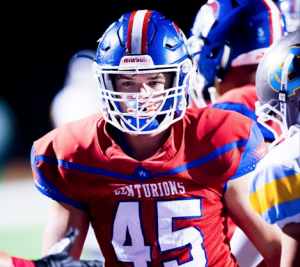 Telling you about any of the above though is not what makes KPGFootball the premier coverage of Kentucky middle and high school football. Any writer, anywhere, could tell you the above information. If I am Somerset High School, coming into this game, it might be wise to be able to account for the other Babin. Braeden Babin, doesn’t get as much press as his twin brother (Brandt). This is no reflection on Braden as nose-guards usually don’t draw the same coverage as running backs. All of that aside, Braeden has really had himself a year. The 6-0, 205 pounder finds himself outsized all season as he is stationed in the heart of the offensive line where uncovered guards on either side can (and often do) double down on NGs should the NG prove too quick for the center to handle alone. Braeden, who along with his brother Brandt, made our KPGFootball, freshman All-State team a year ago, has 55 tackles from the nose guard slot. That, in and of itself, is a good amount of made tackles especially at his size and where he is positioned. His tackles taken together with his team leading 15 tackles for loss, team leading 8.5 QB sacks, 2 forced fumbles, and 2 fumble recoveries means he is spending a lot of time in the opponent’s backfield and is gaining his team valuable possessions not gained in the usual course of events. Matter of fact, old number 45 might just as well go back there and join the opponent’s huddle, he’ll be back there soon enough anyway.

What makes these numbers even more impressive is the fact he hasn’t accumulated them playing a bunch of Joe Slappies either. CAL, in getting to 13-0, has beaten South Oldham (12-1, Class 5A), E-Town (8-5), and St. Francis DeSales (11-2). The DeSales team which CAL beat twice, and by good margins, beat every team it played this year, not named CAL, to include Class 6A powers, St. Xavier and Butler, and Class 3A power, Lexington Catholic.

Christian Academy-Louisville, whom the computers tell KPGFootball is the 5th best team in all of Kentucky, regardless of Classification, and the 658th best football team in all the land, constitutes a tall impediment for any team’s advancement to the State Championship game. We aren’t saying the offensive players, above discussed, aren’t concerns or shouldn’t be game planned. What we are saying is, when game planning this particular opponent, one would be wise to spend some time devising a way to do something no one else has done this season…keep Braeden Babin out of the offensive backfield!