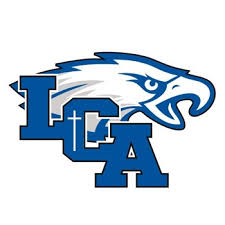 Had a football coach at a high school we cover who actually tried to tell us having a strong middle school program, in football, had no effect on the varsity team at all. At all…that is what he said…at all! Well now standing in the face of stupidity like that..what does one even say? How does one even respond? The position that middle school football doesn’t impact the varsity team it stacks with future players lacks sufficient merit to even take the time to mount an argument. Any coach who believes the foregoing proposition is someone whom coaches a different game than KPGFootball covers, we can tell you that! The same coach also told us one could count on a loss for every freshman or sophomore one has to start on Friday nights. Okay…maybe he should have gone and watched Lexington Christian Academy play this Fall.

Not many pundits around Kentucky thought Lexington Christian Academy would be very good this year. You can exclude KPGFootball from the list of pundits predicting the down fall of LCA. We had them No. 3 in our way too early preseason poll. They were at Somerset’s one yard line, when the game ended this past Friday night, trailing 35-31 in the Regional Championship game. One yard away from a Semi-state birth. One yard away from making us completely prophetic. Not too bad for a varsity roster containing 25 freshmen and 15 sophomores. Of course these weren’t just ordinary freshmen. These freshmen had won a State Middle School football championship a year prior. Middle school football doesn’t matter, huh?

At KPGFootball, we already know what you are going to say. Surely these freshmen didn’t play above junior varsity, right? Wrong! Freshman, Anthony Johns started all season long, from his first snap, at left tackle and was playing both ways by year’s end. Freshman, Xavier Brown started at RB/CB all year long and was huge on both sides of the ball at critical positions. Freshman, Tyler Morris played and started most of the year on the defensive line and was disruptive and a constant irritant to opposing o-lines. Freshman, Elijah Hammond was huge and, while he didn’t get many starts, played meaningful minutes all year on both sides of the line. Freshmen, Jeffrey Selby (DL) and Mason Moore (LB) also played solid and meaningful, varsity minutes. Freshman, Andrew Dobbs was the PK all year long and was automatic for the Eagles special teams. Frankie Knight, another freshman, started all year on Defense and played special teams. Sprinkle in sophomores, Neal The Freak Dickey (DT) and Will Vernon, who was a big time playmaker at both DB and WR, together with Mattie Lebrek, who was solid at DB, and, by my count and employing the old adage from Coach Genius above mentioned, LCA must have lost 11 or so games this year, right? Wrong again!

LCA won 9 games against 4 losses and got better as the year went along. In fact, they got A LOT BETTER as the year progressed. Credit that to Ethan Atchley and his staff for the outstanding coaching job they did. Credit them too for having the courage to play the youth where the youth forced their way into the lineup by their merit where they clearly lacked either varsity experience or seniority. How many coaches would have benched these youngsters for the older players? Obviously the guy who has such a dim view of middle school football. How do we know the team got better? Well, it is right in their record of work. Consider this, on October 12, 2018, LCA traveled to Somerset and played the Briar Jumpers. They got drilled 35-0. November 16, 2018 they traveled back to Somerset for the Regional Championship game, coming off a 43-0 drubbing of a Shelby Valley team which entered the LCA game 10-1. This time the Eagles lost 35-31, one yard from winning the game. This LCA team finished 9-4, played 13 games (which always means one has done something right), and returns next year with a cornucopia of now-not-so-young talent which has played a ton of varsity football.

What this means is a championship middle school squad can come in, right away, and make a varsity team competitive even where that team is actually having to rely on the young talent. What this means is the adage about a team having to count on a loss, per player, under the junior year in high school who populates that team’s starting lineup is poppy-cock and balderdash. What this means is there are a ton of football teams in Kentucky who will not relish seeing this Eagle squad dotting its schedule over the next 2-3 years.