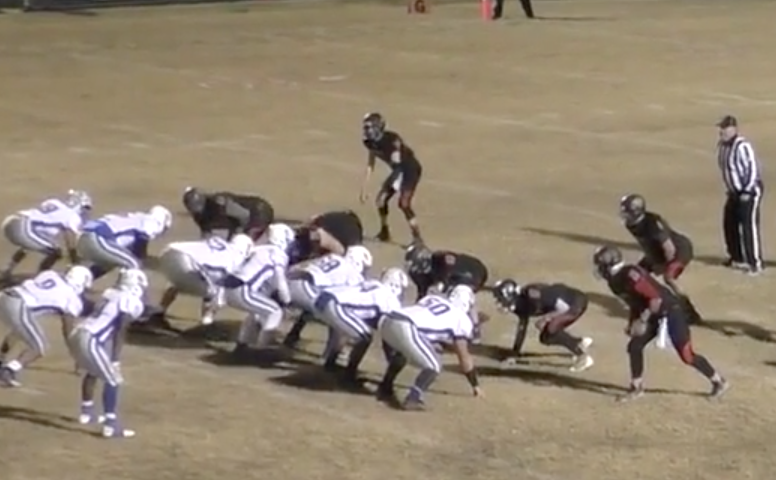 There is an old adage in football along the lines of for every freshman you have to play in a varsity game, you can count on a loss. It is a stupidly outdated saying and one that is no longer relevant in today’s football, especially in the Kentucky high school variety. The coaches who still subscribe to that line of thinking range from hopelessly out-dated to just plain dull-witted. If 2018 showed Kentucky high school football fans anything at all, it showed us the freshmen can’t play on Friday nights argument isn’t the least bit true, at least not anymore.

Lexington Christian Academy (LCA) went 9-4 in 2018, narrowly losing in the Regional Championship game, on the road at Somerset, with 8 freshmen who LCA either started or on whom LCA relied heavily over the course of the year. We featured the freshmen contributions to LCA’s year in an article previously published to this site. Names like Anthony Johns, Frankie Knight, Tyler Morris, Xavier Brown, together with many other young players dotting the varsity roster for LCA weren’t even still freshmen by the time the playoffs began.

Louisville Male, by the championship game in the 6A Classification, was relying heavily on four freshmen, all four of whom had made considerable contributions to Male on its playoff run to the Championship. One of those four freshmen, Vincel Anthony, Jr., received strong consideration for Championship Game MVP. We also wrote about that on this site.

Today, on KPGFootball, we decided to put to rest the ridiculous false-impediment to playing a freshman in your varsity lineup. This should particularly be put to bed where the freshman in question is clearly the best option for your team, even where the position he’s “called upon” to play happens to be QB. Listen to what KPGFootball is about to tell you! Franklin-Simpson just won the Kentucky Class-4A State Football Championship, finishing the 2018 season 14-1, with a freshman in high school under center for all 15 games!

So, what do all you “nay-sayers” have to say about that? On behalf of freshman football players all over the commonwealth, all you every freshman in a varsity lineup equals one loss proponents can officially “Shove-it!” Oh yeah, that shove-it comes courtesy of the play of freshmen the likes of Xavier Brown, Vincel Anthony, Jr., Anthony Johns, Tyler Morris, Elijah Manning, Owen LeMaster, and, of course, today’s feature…Luke Richardson.

Luke Richardson is the freshman none of you even realized was a freshman. You didn’t realize it because of his size, athleticism, composure, and the skillful way he handled both the football and himself at the reigns of Franklin-Simpson’s Wing-T attack. Sure, around 80% of Franklin-Simpson’s offensive production came on the ground; however, even a ground based offense has to be triggered.

Luke Richardson was that trigger. While under center, the freshman triggered an offensive attack which scored 601 points in 15 games (over 40 points a game) and rushed the football for 5,068 yards (337.87 yards/game). In the seldom but effectively used passing attack, Richardson completed 45 of 78 passes (.57692308 completion percentage) for 828 yards passing and 9 TD passes against 6 thrown interceptions.

Of course, the most important statistic for any QB, at any level of football, is his team’s won-loss record. The young phenom aced that test in leading the Wildcats to a 14-1 mark and its second consecutive Kentucky State Football Championship and third in program history.

Richardson is listed at 6-1, weighing in at 185 pounds with no reason to believe he doesn’t still have quite a bit of growing and physical maturing yet to do. There is no telling where he ends up physically. What can certainly be told is Richardson, in 2018, appeared to be “the right man, at the right time” for the Wildcats’ varsity football team. He ultimately may end up a safety at the next level or maybe he further develops into a dual-threat QB, who really knows for sure? Regardless of where this young athlete aligns, the team slotting him is getting a winner.

Luke Richardson is a guy who goes about his assigned duties in a workman-like manner, accomplishing a coaching staff’s directions better than that staff could have either dreamt or hoped. His play in 2018 exhibited all of the intangibles which, in the end, always appear to add-up to victory. His assignment, when given the keys to the offense for a team defending its Championship, was to win. How did he do?

At KPGFootball, we would would have to give him an A-plus. He earned top-marks from us for every game he won, every stereotype both his game-play and management put-down, and for the high-ground, both freshman like him and he, took this past year for the freshmen-footballers who will, undoubtedly, walk on a varsity football field in years to come.