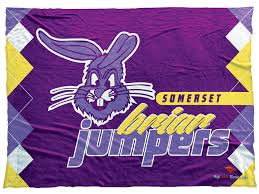 Sorry, Somerset fans, but it isn’t fair for KPGFootball to pick sides in any game and just give Somerset subscribers a scout on the CAL ball club. We have Louisville subscribers too and they are just as entitled to our expertise as you. Incidentally, to all of our KPGFootball family, Happy Thanksgiving! We are grateful for you, among many other things. Forgive the brief digression, now, back to business. Just as we did yesterday, we have broken down the team’s production on both sides of the football and think we have ascertained a few players about whom we are willing to bet Coach LeFors is already aware. To be able to come out of Somerset, Kentucky with a win, and trip to Kroger Field for the State Championship game, the Centurions will have to find answers for…

A balanced offense which averaged nearly 32 points a game against good competition;

Both Somerset and CAL have played very good competition. We detailed some of the teams CAL has bested to get to where they are (13-0), but one shouldn’t act as if Somerset has been playing a group of nobodies. Somerset, in getting to 11-2 on the season, lost to Beechwood, 28-0, at Beechwood on August 31st, and to Raceland in Somerset, 19-17, but one should point out those are two of the top three teams in the entire Commonwealth in the 1A Classification. As St. Francis DeSales (2A) showed us in beating St. Xavier (6A), and both Beechwood (1A) showed us playing Corbin (3A) to within a score at Corbin and Raceland (1) in playing Ashland-Blazer (4A) to within a score in Ashland, classification in Kentucky doesn’t mean hardly anything. Kentucky has very good football teams in all 6 classifications and very bad football teams in all 6 classifications. Somerset has beaten Williamsburg (1A, Regional Finalist) 34-7, Lexington Christian twice (2A, 9-4, and Regional Finalist) and Danville twice (Class 2A, State Football Champion in 2017, graduated 11 seniors off that team). Are the Centurions good? Absolutely. Will Somerset roll over and let CAL walk into Lexington? KPGFootball would advise against expecting that.

The offense ran for over 2,300 yards this year and passed for 1,600 yards, ball park. Kaiya Sheron was a dual-threat problem for opposing defenses all season long. Sheron completed 103 of his 173 passing attempts for a completion percentage of .5953757. Sheron threw 13 TD passes and only 5 interceptions, so while the Briar Jumpers aren’t going to toss it all around the ballpark, they throw it effectively and even surgically in providing ample reason to not get caught with two many defenders in the box. Should the pressure flush Sheron from the pocket, Kaiya gained 494 yards in 2018, in only 67 carries, for 7.37 yards per attempt and scored 7 rushing TDs. Sheron’s two favorite targets are Kade Grundy and Payton Ellison who combined for 44 receptions between he two for 776 yards and 7 TDs receiving. Alex Miller leads the ground forces at Somerset having gained 937 yards rushing this year in 145 carries (6.46 per attempt) and scoring 12 rushing TDs. Offensively, the Briar Jumpers are effective and efficient even where not particularly spectacular.

As balanced as the Briar Jumpers were offensively, they are among the very best defenses in Kentucky;

Defensively, these bad-to-the-bone bunnies are a real problem. We will begin with the obvious. This defense contains some absolute studs not the least of which is Peyton Hatcher. Hatcher is a near 400 pound bench presser who has repped the college rep weight (225 pounds), on the bench press, 25 times. He can also power clean and back squat the weight room and is the reigning Kentucky Powerlifting State Champion in his weight class. Peyton is 5-10 and weighs 215 pounds and is one of the most explosive and powerful athletes in the 2019 class. Run at him all night and he will break your back, if not literally than certainly figuratively. Peyton had 85 tackles on the season, leading up to Friday night, and 13 of the tackles have been behind the line of scrimmage together with 2 QB sacks. Run isolation at him and he may kill your iso-guy. You have been fairly warned, proceed accordingly.

The nose at Somerset is a Blue-Grey Football, High School, All-American and is set to play in its annual game in Dallas, Texas in late December-early January. Landon Fields has had himself an incredible year, like the Centurions’ nose guard, Brandt Babin. Of course, Brandt, at 6-0, 205 pounds, is the quick-gapper type of nose, and Landon, at 6-2, 280 pounds, is the coming right over the top of your backside type. Commanding double-teams all year long, Fields had 58 tackles with 18 of the tackles being behind the line of scrimmage. Landon had a QB sack, forced and recovered a fumble, and, along with Peyton Hatcher, helped anchor a defense which had an incredible 115 tackles behind the line of scrimmage and 26.5 QB sacks on the year. Landon is a 360-370 pound bench-presser and 500 plus-pound back squatter. At the All-State Mountain Combine this summer, he repped the NFL combine bench press weight (225 pounds) 19 times. Good luck digging this guy out of the A-gap.

Now, you don’t need KPGFootball to tell you any of the above players are in need of game-planning for the Centurions to be successful in this Friday night’s Semi-final. Someone whom may get overlooked by everyone not as expert in this as KPGFootball is Treavor Brock, and no we haven’t inserted an extraneous “a,” that is how his first name is spelled. While Treavor only had 34 tackles, a rather pedestrian amount on the Jumpers’ defense, he recovered 4 fumbles, tallied 11 tackles behind the line of scrimmage, sacked the QB 4 times, and intercepted 2 passes with 36 yards in returns. Brock, who had to fight everyone from the KHSAA on down to even gain eligibility this year, contributed hits in the opposing backfield in over 1/3rd of his tackles and gained 6 additional possessions for his offense not obtained in the normal course of play. Somerset only allowed 10.2 points per game defensively on the year (CAL allowed opponents 6 points a game), notwithstanding playing the teams above described, many of whom were quite good on offense and advanced either really far in the 2018 playoffs, or won it all just a year ago.

There it is Centurion subscribers and readers, that is what you have in front of you and exactly who must be contained. Now, in all candor, if both teams play good ball games and don’t turn the ball over or commit costly penalties, CAL figures to be the better ball club and can win the game. However, these bunnies will hit a team in the mouth and they will do it very hard. Looking out one’s ear-hole after getting hit, in football, is a great equalizer. It causes running-backs to fumble where they ordinarily wouldn’t, causes QBs to miss open receivers they would ordinarily hit, and causes receivers to short-arm, and therefore, fail to catch throws they ordinarily would catch. The Briar Jumpers need this game to be a battle of defenses to keep the game in reach for them, which both teams play well. However, for the Briar Jumpers to win the game, it has to be a minimal-possession, kicking, field position, type game where Somerset gets a timely extra-possession or two from Treavor Brock by way of fumble recovery or interception. Should Friday night, in Somerset, be that type game, the Briar Jumpers can advance and move on to Lexington. For the Centurions to win, they have to not turn it over and use their explosiveness to get the Briar Jumpers behind both the sticks and on the scoreboard and let the defense take it from there. Should this happen, the Jumpers would be forced out of their comfort-zone and be forced to play a style it doesn’t prefer. If the game is one where the Jumpers are behind either the sticks consistently or on the scoreboard, the Centurions will be marching on to Lexington.