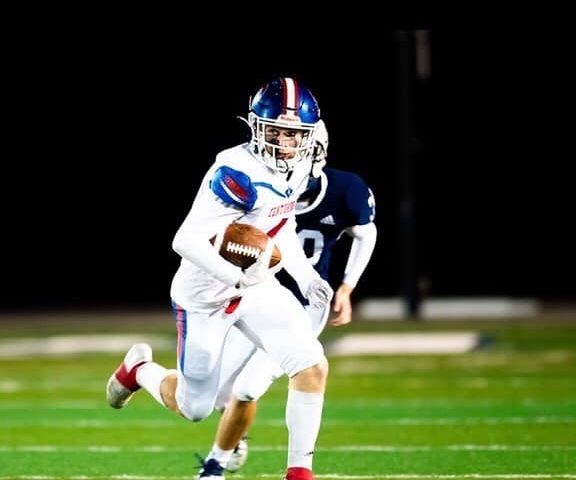 Not many prospects enter their senior seasons having already drawn offers from a D-I program. Then again, there aren’t too many Easton Messers around the commonwealth or any other state.

Not many prospects can lead all of 3A in receiving TDs, are able to short-shuttle in 3.94-seconds, or are capable of maintaining a 3.7 GPA at one of Kentucky’s elite private high schools (Christian Academy-Louisville). Then again, there aren’t too many Easton Messers around the commonwealth or any other state. We believe you get the point.

You don’t have to tell us Easton Messer from Louisville, Kentucky is special. We’ve seen him play. We’ve watched him compete. We’ve studied his statistics, we’ve broken down his combine and on-field performances.

Messer is just one of the scores and scores of former Kentucky Future Stars and members of #Brotherhood to lead the way on the gridiron in Kentucky. The Future Stars program is known, far and wide, for producing football players in each of Kentucky’s 6-respective classifications, who blaze trails for other players throughout the commonwealth to follow.

Easton Messer is certainly one of those trailblazers. Messer was first-team, all-district in ’20 for the Centurions. He led all of the 3A classification in TD receptions with 10. He has started for 3-years in one of Kentucky’s premier programs, heading into his fourth season.

Messer is 5-10 and weighs 180-pounds and works offseason with Chris Vaughn at the Aspirations Gym. While Messer may be a bit out of frame, these days, for what some colleges look regarding “edge targets” on offense; to quote the man who trains him both in and offseason, Chris Vaughn, “How tall is 4.4-seconds in the 40 with a shuttle time of 3.94?” The logical answer is, “As tall as it wants to be.”

Messer lists WR and KR among his positions and he has seen extensive time for CAL in both roles. We would submit he might add “corner” to his list of possible, next-level positions.

Don’t kid yourself, that 3.7 GPA from CAL will play a big factor in this prospect picking up offers on down the road and from where. Kids with those type academic scores open for themselves possibilities about which most prospects can only dream.

Look for this kid to fetch himself some offers from service academies and Ivys to go along with his present offers to Ball State and Marshall University. Then, ultimately, look for teams like Northwestern and Stanford to join the chorus.