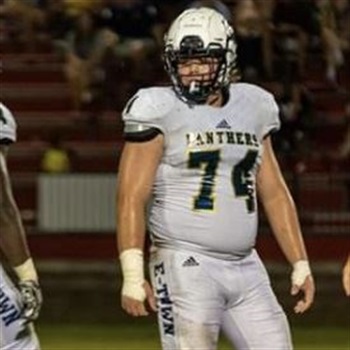 I know you guys saw the 11-1 we posted during the Semi-State Championships. Our only loss was Coach Dennis Ledford’s upset of the team with the longest winning streak (26 games) in the commonwealth, defending champion (4A), Johnson Central.

By the way, we hear Coach Ledford can be pretty exacting on a chain crew. Just kidding.

We are on an unprecedented hot-streak. We have been hovering in the mid-80s in winning percentage all season, including three straight percentages in that neighborhood during the first three-rounds. Then we broke out with a 92% in round-4. Nobody picking games that late in the playoffs should do that well.

Now, that’s more like it. Let’s try to keep that going!

Here is how we see the State Championships fleshing out this weekend. We will start with Friday’s games and then pick the second half to be played on Saturday.

Paintsville versus Kentucky County Day…Class 1A

Paintsville has a lot of future “Saturday Players” on the roster in Luke Hyden, Karsten Poe, John Blackburn, Mason Lovely, Hunter Ousley and a guy who may be the best football player on the team while only a sophomore, Harris Phelps. That’s a lot of college football players dotting a 1A roster. KCD has Eric Dickerson at RB and that guy is an NFL Hall of Famer (well, he’s at least named for one). Paintsville has been here many times before and that can make a difference on the big stage.

KPGFootball Prediction: We like the Tigers from Paintsville in this one by 10

Lexington Christian versus Beechwood Independent…Class 2A

When they first put in the RPI-playoff seeding system, the goal of the KHSAA was to get the best two teams, at the end, playing on Kroger field. These two teams here are the best two teams we have in the 2A classification and it is fitting they play tomorrow. Our apologies to West Carter and Somerset, neither of whom were very far behind the top-2. This game will pit two of the best QBs in Kentucky, at any classification, though they have varied skill-sets. Drew Nieves is fantastic for LCA, so is Beechwood’s Cameron Hergott. In our opinion the everyone else (LCA’s Xavier Brown, Mason Moore, Tyler Morris, Anthony Johns, etc.) which should make the difference.

KPGFootball Prediction: We like LCA in this one by a single point.

Boyle County versus Franklin County…Class 4A

Franklin County got here by beating a Johnson Central football team by throwing it effectively (225-yards passing, 2-TDs). They also stopped the run on defense (JCHS, 199-rushing yards which sounds like alot but you have to consider they were playing Johnson Central; 3,884-rushing yards in 2020 in 11-games). Broyles to Farrier is perhaps the most potent downfield passing tandem in Kentucky. Still, Boyle County is “Title Town” and they have earned that nickname as they are shooting for Title No. 9. Jagger Gillis, Will McDaniel, and Caleb Edmiston are special players and Justin Haddix is a budding, coaching super-star.

Ashland Blazer versus Elizabethtown…Class 3A

This E-Town team won the State Title in KYMSFA when they were all 8th-graders at TK Stone (Division II). If there were to win Saturday they would go out State Champs after having arrived State Champs. Proponents of strong MS programs would tell you that happens more than you realize. Paul G. Blazer high school in Ashland, Kentucky is a really balanced and complete team who we have been impressed with all season.

No one puts more talent on the field than Bowling Green. Mark Spader has shown he is a magnificent coach and he is due a State Title. Bowling Green had a kid sign, during the early signing period, with UK (Jordan Dingle). He’s not the only college player on that roster as Javeius Bunton (RB) will be “heard from,” on the next level, before this thing is “said and done.” Of course, Gavin Wimsatt, Austin Gough, and Justin Millay are three “Red Devils” not to be played with, as a friend of mine has always said. The computer down at the office says, “BGHS by 21.” Well, that is what is wrong with computers…they had Owensboro losing to Frederick Douglass by 20 in the last round and weren’t right then either. We’ve ridden the boys from the city on the “Yellow Banks” of the Ohio all year, we don’t see any reason to dismount now.

KPGFootball Prediction: Give us Owensboro (Senior) High School by a single point for the second week in a row!

Louisville Trinity versus Louisville Male…Class 6A

Remember that thing we said up in the paragraph about getting the best two teams in a classification on the field for the Championship? We would incorporate that by reference here. The problem is, in this particular classification, the expanse between 1 and 2 is pretty expansive. One of our favorite RBs in the commonwealth, Jaylin Bross, just joined the “3,000-yard club” at Male, which puts him in elite company. Maybe Bross can keep the Bulldogs in this one with some help from the Anthony-brothers (Vinny and VJ).