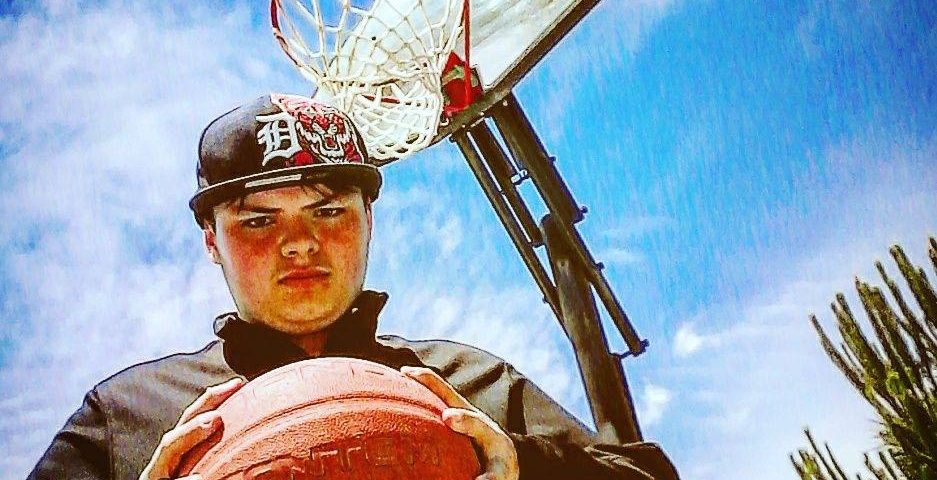 This is going to seem out of place in an online magazine about middle and high school football but it really isn’t. Every program has them. Every program needs them.

They are known by some as the Super-fans. If you have attended either a high school football or basketball game you have seen them, whether you were cognizant of it or not.

KPGFootball will never forget the first time we encountered theTiger Super-fan, above pictured and featured in this article, Kyle Bruley. We were on the sideline of a Tiger football game, in 2016, and can’t really tell you who the Tigers were playing nor the outcome of the particular game.

What we can remember (and rather vividly) was the “fly-looking” dude in the solid orange jumpsuit, replete with dark sun-glasses, and a black-hat with an orange Tiger stretching completely around the hat from the back to the bill. His was a vision of orange etched forever into the fabric of our memories.

This guy, whom we would come to know as Kyle Bruley, was pacing up and down the sideline (much like an actual Tiger); sometimes cheering-sometimes jeering, but at all times overtly-festooned with the evidence of which team had earned, if you will, his undying, head-to-toe allegiance. Had you told KPGFootball this guy owned the team we may well have believed it, regardless of our awareness we were at an amateur sporting event.

Now, in our coverage of Kentucky High School football, we have been all over the commonwealth of Kentucky and seen many, many teams and programs play football games. We have found this Super-fan at every stop. It seems to KPGFootball the more traditional and successful the program, the more of them there are.

They are the guys on the sidelines who aren’t coaches, aren’t parents, aren’t media-members, but aren’t prevented from being down on the home team’s sideline. There is an unspoken acquiescence, on the part of the home athletic department, that somehow these guys are right where they should be.

They are right where they belong. It is as if the game wouldn’t be the same were they absent.

There is an informal creed of the United State’s post office which comes naturally to mind when thinking of the many Kyle Bruley-Super-fans out there. Inscribed on the James Farley Post Office in New York City, facing Penn Station, you will find the words Neither snow nor rain nor heat nor gloom of night stays these couriers from the swift completion of their appointed rounds.

It has become the informal creed of our United State’s Post Office. It is equally applicable to describe Bruley’s love of the Hoptown Tigers.

This article is for you Super-fans out there across Kentucky. You guys for whom neither snow nor rain nor heat nor gloom of night stays your devotion to your team. You are a shining example of what it means to be truly devoted to the home-town team.

We both thank and honor you in this feature article today. Somehow, the game just isn’t the same without you. Can’t wait to see you next season.