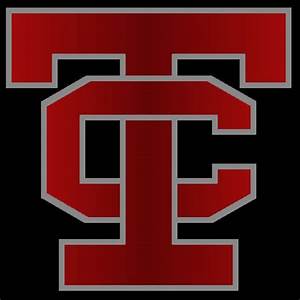 Todd County, under second-year head man, Darell Keith, has released its roster for the 2019 season. Not only do the Rebels boast an expanded number of quality players returning for 2019, but the expectations around Elkton, Kentucky, and the team’s future prospects, are ever-burgeoning too.

First of all, the Rebels return a reliable QB in Bryce Nolan for his senior campaign. He had a big year in 2018 and is confident and settled at the position. Bryce has an above average arm and wheels and is able to run, both effectively and efficiently, the offense Coach Keith desires. Should Nolan be unable to go, little brother Gavin is a capable, though young and untested back-up.

We can’t help but notice the entry of Joshuah Keith on the roster too. Joshuah, a Class of 2024, rising-8th grader, won’t help the varsity Rebels, at least not in 2019; however, Keith is KPGFootball’s co-top-rated QB-prospect in all of Kentucky in his graduating class, a Bret Cooper Junior All-American at QB, and a kid who has been described by J.T. Powell, Director of the Appalachia Prep Combine, as the next Russell Wilson.

There will be high school programs coming after Coach Keith next year just to secure the services of his son. Joshuah’s just that good and makes that much difference to the prospects of a high school football team and program.

Todd County also returns some mammoth, hard-charging backfield options in both Johnathan Flores (5-10, 240 pounds) and JaTwan Graham (5-10, 240). Both of these guys can play either fullback or tailback and both are powerful, not-juking-anyone-types, who discover tacklers much less enthusiastic about tackling them as the game reaches the second half.

Some outstanding linemen return from a year ago and DeMarcus Leavell is chief among them. He moves very well for the 300+ pounder and is a two-way guy. Guard/DT Jeremy Foster returns for “one-more go-around” and at 285 pounds he’s a two-way guy who brings a lot to the table.

Todd County has 43 players on its roster and boasts a roster with a good mix of seasoned rising seniors and young guys who proved themselves in the heat of battle a year ago. We look for big things out of Todd County, in Coach Keith’s second year, as Todd will compete for district honors in the 2nd District with both Owensboro Catholic and McLean County, both of whom they get in Elkton this coming year.