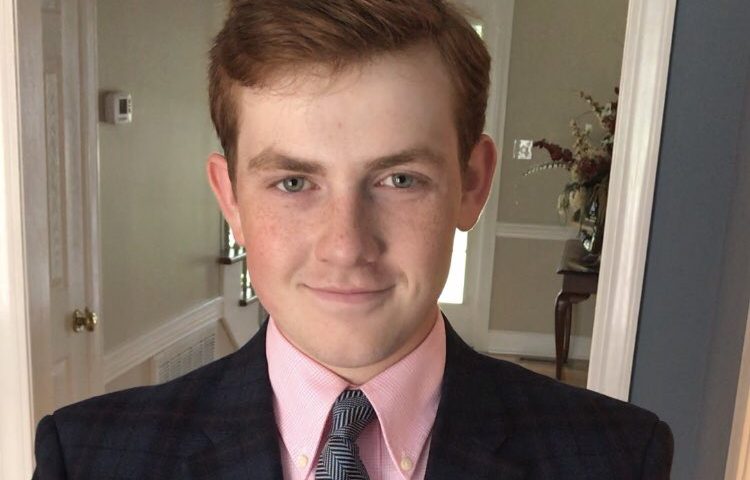 McCracken County’s Ben Scholfield, the highest ranked placekicker in the Kentucky ’21 class, takes aim at his last tour through 6A, District-1!

We have called him The Scholfield Leg-Rocket for years. Matter of fact, we nicknamed Ben that after he strolled out and broke Tennessee’s heart with a game-winning 35-yard field-goal under a wilting onslaught of a rush in the 2016 Kentucky/Tennessee Future Stars Game in Clarksville, Tennessee.

Not only is he the best place-kicker in his class all over the commonwealth, he may well be the class’s smartest kid too. You know the A-Student from Paducah, Kentucky scored a 35 on his ACT. Thirty-six (36) is a perfect score, by the way.

But you don’t get a 4.5-star rating by @kohlskicking by scoring a 35 on the ACT. You have to be able to kick the pig-skin. Scholfield absolutely can.

Scholfield converted 50 of his 55 PATs in 2019. He was 5 for 9 on FGs too. He was third on the team with 65-points scored on one of Kentucky’s most potent offenses.

McCracken was 9-4, in 2019, but suffered heavy losses up and down the roster. Some of the graduates will be exceedingly hard to replace.

They will likely win the district. McCracken owns their district. Regardless, it will be somewhat of a rebuild in the fall of 2020.

When rebuilding, it’s nice to know you have a placekicker who is money when called upon. As I used to say when I was coaching high school football, a good placekicker is like finding a $20 bill in the pocket of your pants you just got back from the dry-cleaners.

What I meant by that is, it’s a luxury in high school to get a fourth down and 5-10 yards, inside the red zone, and feel confident you don’t have to go for it. Not many coaches feel they can come out of that situation with points any other way than trying to convert or score on the 4th-down play.

McCracken kicks the ball in that situation. They are relatively sure of coming away with points on the scoreboard too. That’s how you go 9-4 playing 6A-football in Kentucky.

Another way a placekicker comes up huge is at the end of the game. Your team trails by two and there are 10-seconds remaining, from the opponent’s 15-yard line. If you have a Scholfield there you trot him out to win it for you. If not…

Man, it is a luxury to know you can run a guy out there, like The Scholfield Leg-Rocket and win that game. Ask any coach you want!

Tennessee found that out the hard way. So have many of McCracken’s opponents over the past three years.