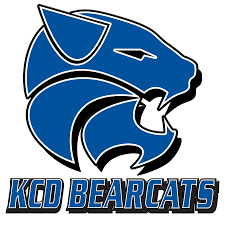 Kentucky’s top-5; first up, the 1A-classification!

The season is almost here. We still have “Dead Period” beginning soon and then, after that, it is full-steam ahead toward openers.

At KPGFootball, we love this time of year. We generally do a pre-season Top-5 for each classification. We have decided we will do it again this year.

For the next six Thursdays, we will break down a classification and provide which teams we believe will be in the title hunt. We will start with Class 1A. Last year’s champion was Paintsville.

There is an ugly rumor circulating about the football world nowadays. That rumor is…football is now all about the offense. Well, we aren’t ready to give completely up on defense wins championships but this pick may make it seem so.

Kentucky Country Day has been hit hard by graduation assuming none of last year’s seniors have reclassified under SB-128. Eight (8) of its top-10 tacklers were seniors a year ago. However Nathan Caldwell returns to that side of the football as does Harrison Callahan.

Callahan had himself quite the freshman campaign in the pandemic shortened ’20 season. He was second on the team with 6-TFLs, registered half a QB-sack, and had 23-total tackles. Caldwell also had 6-TFLs, among his 28-stops, tying Callahan for second in that statistical category.

The offensive side of the football is another story altogether. KCD returns it QB, Luke Russo, who threw for over 1100-yards in ’20. Also returning are one of the very best 1-2 backfield combinations, rushing the football, anybody/anywhere across Kentucky can even begin about whom to boast.

KCD seems to always be “in it” from a standpoint of the championship hunt. We think in ’21, KCD may be “in it to win it.”

Number 2: The Return of the Pikeville Panthers…

Pikeville had a very disappointing season in ’20. Going 6-3 and losing to Hazard in the district championship round isn’t what the defending State Champions were expecting.

Still, Pikeville was very young in ’20, a point not many realize. They only graduated 5 from off of last year’s roster and we don’t know whether any of those 5 will be reclassified or not.

Assuming not, the team boasts the best QB in the classification in Isaac McNamee; two of the best interior offensive linemen in Mason and Peyton Sayers; a budding star interior DL force in Jacoby Thornsbury, especially should he round into good playing shape and be able to stay on the field longer this season; and its leading rusher a year ago, Blake Birchfield, who was only a sophomore in ’20. Most of the top defenders also return.

Look for Landon Hammock and Zac Lochhart to have really big years in ’21 and on both sides of the football. Playing both ways at this level of football is vital for the team.

Hammock led the team a year ago in QB-sacks and TFLs and Lockhart was among the leaders in tackles and interceptions while also leading the team in interception return yards. Before we forget, Lockhart is a pretty darn good receiver too. He led the team with 52-receptions, for 961-receiving yards, and 13-TD receptions in ’20. Not too bad, huh?

I was talking to a college recruiter this summer and he told me Harris Phelps, a class of ’23 kid, may be the best pure football player in his graduating class in the commonwealth of Kentucky. In 11-games in ’20, he rushed for over 1,400 yards, scored 19-rushing TDs, led the team in scoring with 120-points, and caught a few passes swinging out of the backfield (11). Yessir, he’s pretty darn good, and returning, which is something around which to build.

Still, the losses Paintsville suffered to graduation are such that predicting them to repeat was not a limb out on which we were willing to climb. Offensively, the Tigers lost their QB (Jake Hyden), leading ground gainers 2-5 (Jake Hyden, Luke Hyden, Karsten Poe, and Zach Thompson), maybe the best offensive lineman in the entire commonwealth at that level of play in John Blackburn, All-State selection (AP), and another key two-way lineman in Hunter Ousley (All-State, KFCA).

Teams like Paintsville re-load, not re-build. They will be in the title-hunt because they are Paintsville.

Will they win it? They could; but with all the seniors they had a year ago, ’20 was the year to which they had been pointing. We are glad they got the chance to both play for and win the program’s first ever football championship.

Since the semi-demise of the Russellville program, the Rockets have been the “Kings of the Far West” at the 1A level. More on Russellville later, as those who have been relishing in their demise are in for a rough ’21.

Crittenden County returns its leading passer (Luke Crider) but lost a ton of rushing yards when Tabor and McCallister walked across the graduation stage. Braxton Winders will have to step up and take a leadership role in the backfield for Sean Thompson’s Rockets to truly launch in ’21.

Defensively, the Rockets return one of 1A’s very best defenders. Dylan Yates, who we have before featured and is already fielding college offers, led the team with 9-sacks a year ago. He was third in total tackles and second (only to Tyler Boone) in TFLs with 11 a year ago.

Crittenden County will battle Russellville for supremacy in the “Far West.” Russellville will be a bit tougher than in recent years for the Rockets to overcome.

The Panthers hired Mikie Benton to return the program to glory. We believe he has them primed for such a run this coming Fall.

Star players make for great years. Russellville has three standouts on its roster for ’21.

First of all, Lennon Ries, was their leading passer, third leading rusher, and pitched in close to 30-tackles, an interception, and 2-TFLs in ’20. This makes him one of the classifications best overall athletes and his hands are on or around the football constantly.

Secondly, the Panthers return a “stud RB.” Stud RBs can hide a lot of faults. Jovari Gamble returns after nearly averaging close to a 100-yards per game rushing in ’20 and leading the team in rushing TDs while averaging over 8-yards a carry.

These two alone may not vault Russellville this high up the list. However, the addition of this next guy would improve the fortunes of any roster in Kentucky quite significantly.

We have learned Anthony “Rooster” Woodard, who has played the last two years at Logan County High School (4A), has reclassified and will play this senior year at Russellville. This is a huge pickup for the Panthers.

What does that mean? Well, it means they will have one of the more potent two-way threats, and one of the classification’s finest athletes, playing for them in ’21.

This guy was tearing up Class 4A, District 1. He will kill it in 1A football.

Consider this; in getting Woodard the Panthers are getting a guy, on offense playing against 4A competition, who carried the ball 31-times for 231-yards with 2-rushing TDs in ’20 just on jet-sweeps. They are getting Logan County’s leading receiver in ’20 and a guy who caught 27-passes for 428-receiving yards with 7-TD receptions in 9-games. They are also getting Logan County’s leading scorer from a season ago.

Defensively, they are getting a back-end guy who had 31-tackles, 2-TFLs, and led the team with 5-interceptions, pitching in 96-interception return yards. All of these statistics were compiled against a 4A schedule. Woodard was first-team, all-conference in ’20.

Those three players together, Ries, Gamble, and Woodard, coupled with a program remembering “how to get it done,” gives us every reason to forecast this team will be in the thick of things come Fall. We love it when traditional powers resurge. It’s good for the health of the overall game.