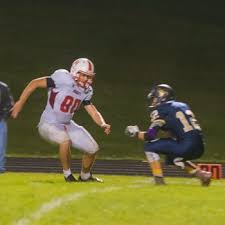 We have, throughout the season, published our picks for the weekend football games to be played. We are 55-12 (.82089552) on the year and coming off a decent week, going 10-2 in the dirty dozen we picked a week ago. This week we only have four games for you as these four are the only games we were able to corroborate were being played. Let’s see if we can’t run the table in a shortened week.

Game one: Trigg at Warren Central

We have talked to some around Trigg County who claim they aren’t very good this year. Trigg is 2-6 with wins over Ballard Memorial and Webster County standing between the Wildcats and zero wins on the year. However, consider this; Warren Central enters the night on a 52-game winless streak with its last win coming October 16, 2015. That is over five years ago. Barack Obama was the president of the United States when they last won a ball game and the present senior class (2021) were 7th-graders.

We are tempted to pick Warren Central. Trigg County isn’t very good and one would think Warren Central would win a football game agains someday. We just don’t think it will be today.

We want to be the first to say we were wrong about the Josh Robbins hire at TCCHS. We weren’t fans of the choice but can’t do anything but praise the job he has done, getting the Rebel horde to 3-3 this year in spite of losing quite a lot of talent from off the squad a year ago. Todd beat a pretty good Hopkins County Central team and fought Hancock County, one of 2A’s highest ranked teams, “fist and wrist” right down to the bitter end.

Russellville beat Franklin-Simpson this year and a Fulton County team which has plenty of talent though it hasn’t turned in the record most predicted. Regardless, Russellville isn’t Crittenden County but, outside of that juggernaut, they can play with anyone else in the 1A classification on its end of Kentucky.

Coach Adler does as good a job coaching a high school team as any coach on his end of the commonwealth. Logan has a senior making his final regular season start tonight who will be talked about around Logan County for years. Zach Yates has played this game like a man and is one of our favorite players in his graduating class. Logan is too much for District 2’s, Warren East.

If you would have told me Anderson County wouldn’t win a game this year back during the preseason I would have argued with you. For one, the Bearcats boast not only the top DE in Kentucky’s 2021 class in Darion Dearinger but Dearinger may be the best DE to come out of Kentucky in the last decade, something he will show everyone when he puts on the Marshall University uniform next year.

Still, here we are and the Bearcats are winless. Unfortunately, Mercer County is not the team to schedule to get off a winless streak as they are pretty, darn good. Mercer’s only loss is to Boyle County and they have beaten both Taylor County and CAL.

KPGFootball prediction: Mercer by as much as they want, let’s call it 35!

Well folks, that is it for the regular season. We finished the year 58-13 or a season long winning percentage of just under 82% (0.81690141). We will continue this over the course of the playoffs right through to the Championship games.

© The information contained on this site is the copyrighted intellectual property of KPGFootball. Any unauthorized dissemination of this material without the author’s express written consent is expressly prohibited.