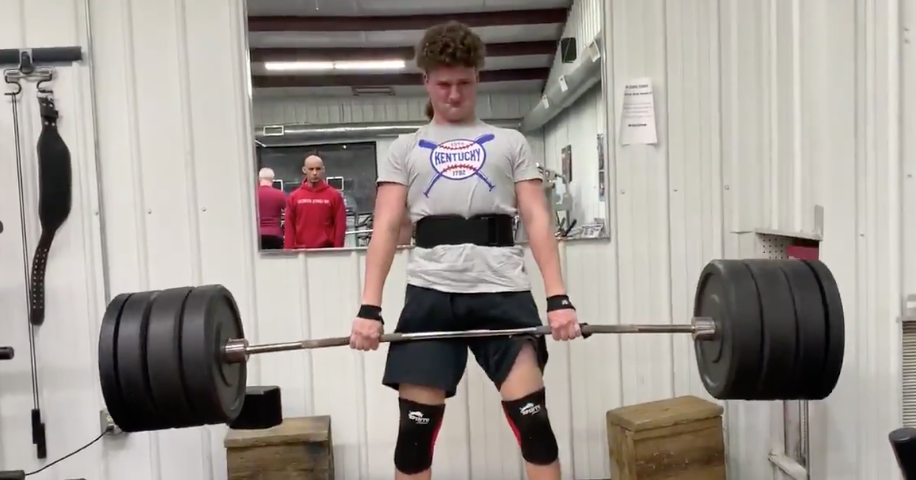 There used to be the funniest commercial which ran in the 70s about Maytag appliances. The schtick went that the Maytag repairman was the loneliest and most boring of jobs because he never had anything to do.

It was a great advertising campaign. Similar to playing TE or WR for Johnson Central. The Eagles, like a Maytag appliance, literally run forever.

So, one would suppose they must not have good receivers and TEs at a place like Johnson Central, right? Au contraire!

Johnson Central is home to Kentucky’s very best player at that position in the 2021 graduating class, Zack Russell. Russell, who didn’t catch but 14-balls in 2019 has still caught enough “next-level” attention to hitch himself a full-ride to the Division-I, FBS level of competition.

Playing in a run-first offense didn’t seem to thwart his getting “noticed.” It is just another example of how, if a player is sufficiently talented, the circumstances of his team’s scheme really doesn’t mean anything.

Johnson Central has hit the bulls-eye, again, at the TE position in the Class of 2022. KPGFootball just loves the potential and ability of Keygan Pelfrey.

We have Pelfrey ranked at the top of his position group in his class just like we had Zach Russell in the 2021-group. The similarities don’t end there either.

Belfry is a two-sport star. We here his potential in baseball is as awe-inspiring as his football playing ability.

Pelfrey is 6-2 and weighs 200-pounds. He’s a dynamo in the weight room. We have seen him repping one the bench press 315-pounds and easily straight-bar deadlifting weight well into the mid-3s.

Pelfrey, like Russell, runs well. We saw Keygan at the recent Kentucky Future Stars alumni combine. While we don’t have any numbers for you (as Future Stars numbers aren’t not widely disseminated) we can tell you we watched him separate easily from back-four guys on vertical routes in the 7s portion of the combine. Can’t be too slow. We know the guys trying to check him were fast.

Pelfy is just a darn fine football player. Judging by his frame, he doesn’t look to be done growing. Last year at JCHS, he played in all 15-games and played on both sides of the football.

Keygan can play DE as well (or some say even better) than he plays TE. It isn’t a fair comparison because the Eagles don’t throw it but sparingly; however, one might even say Pelfrey’s defensive numbers in 2019 out-shown his offensive production.

Either way, JCHS’s opponents get the thrill of seeing the Eagles come up to the line of scrimmage in 2020 in their patented, two-tight, seven across the front, formation. When they go to that alignment, opposing fronts not only get players like Owen LeMaster and Grant Bingham upfront with whom to contend; but they get Russell and Pelfrey at the TEs to help clear the way in addition.

Oh joy! Bet stopping that train from coming downhill will be fun in 2020. Wasn’t much fun for the 2019-slate of opposition.