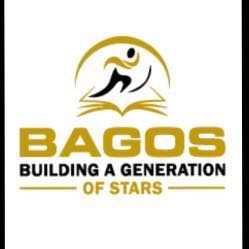 Well, as you can see from the above poster together with the date of this article’s being published, Sunday, January 27th has both come and gone. KPGFootball was in attendance to watch the testing and the “one on one’s” and we are thrilled to provide our impressions from what we saw together with some commentary from Coaches Blake Ladson and Darell Keith.

As for KPGFootball’s impressions, there were some players whose speed and quickness impressed us. For starters, KPGFootball former sophomore All-Stater, JeVan Leavell, Class of 2020, showcased the athleticism and cover skills which merited him inclusion on our team in 2017. Leavell ran one of his 40s in the 4.4s and had an L-cone drill of 6.64 seconds. Some of you may remember our article on the Mountain All-State combine where both Isaac Dixon and Grayson Cook, two all-staters from the mountains, tied for the best L-cone times at 6.7, so (needless to say) Leavell’s 6.64 is FLYING!

So what does that mean? Well the L-cone Drill (like the Pro-agility Shuttle or the “5-10-5”) measures both spacial quickness and “change of direction” speed. Basically, as a corner, Leavell exhibited the kind of straight line speed (40 time) to get on top of the vertical pipe, while possessing the quickness and change of direction speed to both cover the combo routes and to close down on stuff which attempts to cut under him. Offensively, it means Leavell would be hard to corral in a phone booth.

Reece Jesse, Jr., coming off a season where he was selected to the KPGFootball Sophomore All-State football team, and “Honorably Mentioned” on the AP All-State team, showed why there’s all this excitement about his abilities. Answering any lingering questions about his separation speed, Jesse showcased a 4.55 second 40 time which could have been faster with just a better start and a harder “pumping of his arms” when running. Couple that speed with his 35-inch vertical leap, 77-inch wing-span, and 6-3 inch frame and this kid is a tough cover. His 235 pound bench press and 230 pound power clean makes jamming him at the line a difficult chore.

KPGFootball was impressed with a pair of Christian County Colonels’ skills. Both L’Ray Coleman and Tyquez Douglas were just phenomenal. We will have more for you when the official times get disseminated to us, but both of the kids ran competitive times, position wise, in the 40, L-cone, and Pro-agility shuttle tasks.

For KPGFootball’s money, during the one on ones, Douglass (along with Leavell) exhibited “lock-down” corner skills. L’Ray Coleman is the meanest and most aggressive WR to play the position, at least in these parts, and one of the thicker ones too at somewhere in the 200-pound range. L’Ray placed 5th in last year’s Kentucky State Power-lifting Meet, in the 195 pound weight class, so strength, power, and explosion are questions about this prospect which have been long ago answered.

When asked for his overall impressions, particularly at receiver, Coach Ladson said “…we had some tall, athletic guys at the tryout whose performances were very solid. There are still 25-30 guys left to evaluate, at our February 10th combine, so I will reserve my overall impressions for when the entire crew has had a chance to perform. However; so far, so skilled!”

There were three QB’s at the combine, Hopkinsville’s Jay Bland (Class of 2020, KPGFootball 2017 All-Stater), Trigg County’s Cameron Jordan (Class of 2020), and Bryce Nolan from Todd County (Class of 2020). Ladson’s comment about the signal callers was that he “…was impressed with the 3 QBs. They all seem to have a good ball with good wrist action. Looking forward to getting outside to see how they perform with no ceiling and being able to make regular throws.”

KPGFootball was impressed with Jay Bland and particularly with his coming off season-ending knee surgery. Lots of people around the Tiger program are anxious about Bland’s recovery and whether he is on schedule to return to action. From his moving around at the combine, he looks like he may be well ahead of schedule. KPGFootball is very familiar with both Bland and Jordan (Trigg County) as they are both former “Team Kentucky” standouts whom we have covered for years.

Denarius “Red” Barnes worked out with he FB/LB group. That group was principally coached by Darell Keith, Head Coach at Todd County Central, and a former collegiate linebacker himself. However, that doesn’t mean Keith was the only one to spy in on that side of the field as Denarius Barnes made quite an impression on BAGOS’ headman Blake Ladson.

Coach Ladson said about the 2017 KPGFootball Sophomore All-Stater and 2018 AP, All-State, Honorable Mention standout that he “…was very impressed with the way “Big Red” moves. He is a very athletic kid with excellent speed, quickness, agility, and even soft, receptive hands. Plus, Red has a huge personality. I think he will bring some life to the BAGOS’ program.”

KPGFootball was impressed with the performance of Todd County’s JaTwan Graham. Of course, Graham was hardly an “unknown commodity” coming into yesterday’s combine. Graham had, after all, showcased his considerable skill set during the 2018 season as one of Western Kentucky’s best fullbacks (120 carries for 690 rushing yards and 5 TDs; 6 receptions out of the backfield, 63 yards). Yesterday, KPGFootball watched him demonstrate the athleticism which left no question as to why he is so successful on the field for the Rebels.

Darell Keith, who worked with both the FBs and LBs at the combine was asked if there were any among the group whose performance either stood out or surprised him. KPGFootball thought this a perfect “soft ball lob” for him to heap some praise on Graham, the FB/LB he had brought to the event. Instead, he focused his comments on another player with whom many around Kentucky are familiar but not so much with his being deployed where he worked yesterday. Coach Keith seemed rather taken with 2018 KPGFootball Sophomore All-Stater and Associated Press First-Team All-State Offensive lineman, William Long.

“I have always thought of William Long as an OL/DL guy. That is where Hoptown deploys him. So, when I got to the combine and saw him working with the FBs/LBs, I was surprised he was even there. Honestly, before they started testing and working, I didn’t think he belonged. Then, in watching him test and work with the group, I was amazed at how agile, quick, and even fast he really is. I mean, Will Long is quite an agile and coordinated athlete.”

“William catches the football very well and smoothly, like he has done it many, many times, which I know he hasn’t. He takes to coaching very well, and quickly grasps what you want from him and then can, almost immediately, do it. If he played for me, he would absolutely be in my backfield, at least for short yardage situations. He’s what I call a “lump of coal” kid. As soon as you put pressure on him, he shines like a diamond.”

When asked about the FB position in general Keith went on to say “…the NFL has no answer for either the FB or TE. FBs bring toughness and tenacity to an offense. Football is becoming like basketball on grass…where’s the toughness anymore? FBs make LBs have to be tough. Without a tough FB with whom to reckon, the LBs are just basically out there playing tag.”

Coach Keith also commented about the host of the event, the Hopkinsville SportsPlex. Coach Keith said, “…I am proud of Hoptown for building the SportsPlex as it will help local players in their skill development. We, as coaches, need to put aside our differences and work together for the betterment of the kids. Too many times we think this game of football is about us. It’s not. It’s about these kids and developing young men to the point they have opportunities they may have lacked without the game and without both our leadership and guidance.”

We asked Blake Ladson about the name BAGOS. He told KPGFootball “…the name BAGOS is the acronym for “Building a Generation of Stars.” Having lived, played, and coached in Hopkinsville, I have seen many kids with the skills, but maybe not the necessary tools, to get out of the city. So I had a vision that I wanted to mold, make, and help build young people into becoming either who, or even what, they want to become. So, I called my dad and told him my vision and he inspired me to build BAGOS. At BAGOS, we are committed to building one kid, one player at a time, into a star; however that term may be defined.”

Overall, the experience was a great one for the community. There are still athletes left to test before settling on a final team but the ones who came out, even the ones who have never played Sevens’ (7 on 7) football before, got in a good day’s work and left the combine having had the opportunity to work on combine testing and skill development.