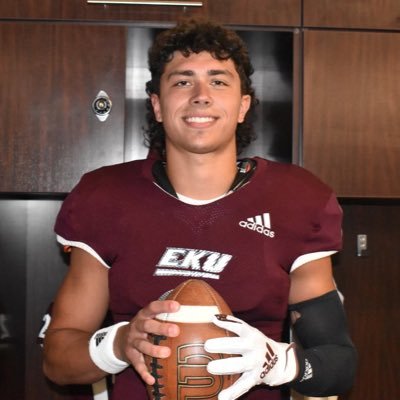 Like we did last week and will continue to do in succeeding weeks, we will go around the commonwealth of Kentucky and update, on Mondays, the performances we believe to be jerky-worthy. We had some really fine team and individual performance for the second week of competition in the KHSAA.

’22 reclassified senior, Cameron Hergott, perhaps redefined excellence with his performance against reigning Class 1A champions, Paintsville. Hergott was 17 for 32 for 255-yards with 4-scores against no picks. He rushed the football 21-times for 246-yards rushing with 2-rushing TDs.

Avery Courtney (’22) had a big night too. He rushed it 22-times for 149-yards and three scores over the ground while catching 5-passes for 76-yards receiving and another 2-TDs receiving.

Knott County got a huge “W” Friday night against Bath County, 38-33. Class of ’23 WR/DB Landon Smith did what one would expect from one of Kentucky’s best at the WR position. Smith caught 8-passes for 154-yards receiving with 2-TDs caught.

Talk about your big nights, what about Ethan Combs (’23)? Combs caught 9-passes for 259-yards with 2-TDs receiving.

QB, Kizer Sloan (’24) completed 25 of 37 passing attempts for 475-passing yards on the night with 4-TDs passing against no interceptions. Slone also rushed the ball six times for 42-yards with another score carried over the goal line.

Samuel Cornett (’22) completed 24 of 41-passing attempts in Frederick Douglass’ big win. He threw for 397-yareds and 5-passing TDs against no thrown interceptions.

Frederick Douglass was all over Lexington’s Tates Creek, 51-0.

One might say Drake Defreitas (’24) was nothing short of brilliant Friday night for Graves County in its win against Paducah Tilghman, 41-34, at home. The splendid sophomore completed 15 of his 29-passing attempts for 314-yards passing with 4-thrown touchdowns against a sole interception.

Clint McKee (’22) caught 6-balls for 136-yards receiving and a score to go along with his 32-rushing attempts for 161-yards on the ground with 2-ground scores. Graves County hosts Class 6A McCracken County upcoming.

Madison Central went on the road and got a big-time win in Lexington, Kentucky Friday night over Paul Laurence Dunbar 34-24. Central got big defensive performances from Edgren Sweat (’22), 9-tackles and 2.5 TFLs, and Kenyatta Hardge (’24), 7-tackles and 2-TFLs.

Jayden West (’23) caught a pair of footballs for 119-receiving yards, one for a TD, and Brady Hensley (’24) came close to eclipsing the century mark on the ground, gaining 94-yards in 13-carries, three of which were for TDs. Madison Central is slated to host Madison Southern in a big rivalry game next weekend.

Jack Sivori was up to his old tricks in St. Xavier’s 30-6 win over Louisville’s Central High School. The ’22 dual threat QB completed 6 of his 11-passing attempts for 34-yards with2-TDs thrown against 2-interceptions. Sivori ran the pigskin 13-times for 88-yards with 2-TDs carried over the goal line.

Benjamin Marks led the defense with 8-tackles and a TFL, one of only two the team had on the night. Saint Xavier hosts top-ranked Male this coming Friday night in a matchup which may decide home field through the playoffs.

Crittenden County’s Luke Crider (’22) was efficient in Crittenden’s big Friday night triumph. Crider was 9 of 14 for 245-yards through the air with 3-thrown TDs and no picks. Crittenden beat Webster County 53-6 and has a trip to Madisonville to play Class 4A North-Hopkins upcoming.

Man ole man, did Trevor Spurlock (’23) go off for Clay County in its 28-14 win over Leslie County. Spurlock carried it 27-times for 206 rushing yards and a touchdown. Adam Collins (’22) gained 84-yards in only 8-carries with 2-rushing touchdowns. Clay County’s Tigers are at Lynn Camp September 3rd before hosting Pike County Central the very next week.

Chase Mims (’22) completed 12 of his 15-passing attempts for Betsy Lane in its big 56-20 win over Morgan County Friday night. He threw for 370-yards passing with 4-thrown touchdowns and no interceptions. Brady Robinson (’23) was his favorite target. Robinson caught 7-balls for 159-yards receiving and 2-TDs caught. Marcus Hall (’22) paced the defense with 15-stops, 1-TFL, an interception, and a QB-sack.