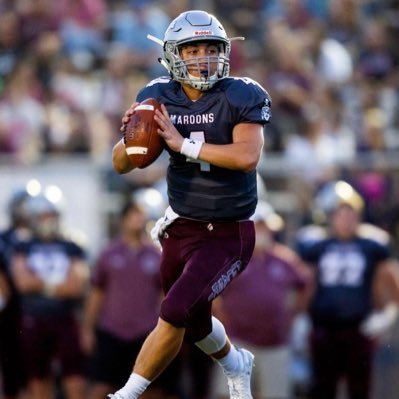 Like we did last season, we will go around the commonwealth of Kentucky and update on Mondays the performances we believe to be jerky-worthy. We had some really fine team and individual performances opening night in the KHSAA.

DE, Jadarion Smith had a huge night in the opener against Hopkinsville High School. The top DE in Kentucky’s ’22 class, with offers presently from Boston College, Cincinnati, Indiana, Louisville, and Akron, had 6-total tackles, 3.5 TFLs, and 3.5 QB-sacks on the night.

The Ballard defense recored 15.5 tackles behind the line of scrimmage and 11 QB-sacks on the evening. Ballard was all over Hoptown 28-3, scoring all 28-of its points in the 3rd and 4th quarters.

Coming into the year there were questions about how good Cole Colony would do filling the rather large shoes left by ’21 QB Jake Smith. Smith is now at Georgetown College competing for its QB position and Colony is a ’23 guy getting his first varsity run at the post. Well, Colony did very well, thank you very much.

Colony was 13 for 21 through the air for 212-yards passing and a pair of TD tosses to go with his 57-yards rushing and one-rushing TD. Paul Laurence Dunbar beat a game Breathitt squad, who kept it close until running out of gas at the end. The final score was 69-28.

Talk about having a night, one of 22’s top at the LB position, Tyler Morris of LCA, headed to the Naval Academy on a football full-ride after this year, had himself a night. Morris had 10-total tackles, 3-QB sacks, 3-TFLs, and blocked a PAT.

LCA opened on the road against Class 6A Madison Central and escaped 21-12. Madison Central’s, Kenyatta Hardge, a ’24 prospect, was described to us at KPGFootball, by an LCA assistant, as a grown man among boys.

We don’t have any official stats on Hardge, though we have covered him for years and know him to be a spectacular talent. We thought his performance, as described to us, was worthy of a mention.

Many people have conceded the first district in Class 4A to defending champions, Hopkinsville High School. Well, Ryan Rayno and the Logan County Cougars say, “Not so fast my friend.”

Rayno, a ’23 prospect, carried the football 14-times against Warren East and gained 181-yards rushing with 3-TDs. In the words of the late, great Mark Twain, “Rumors of [Logan’s] demise have been greatly exaggerated.” Logan was all over Warren East in the opener 37-0.

So Johnson Central was all over Henry Clay (6A) out of Lexington 60-21. No surprise there.

Johnson Central rode its huge offensive line anchored by Owen LeMaster, Keygan Pelfrey (TE) and Grant Bingham for 392-yards rushing and 5-rushing TDs in 47 carries. Not too surprising there either.

How about the performance of Mason LeMaster on the defensive side of the football. Mason LeMaster, a class of ’22 prospect, logged 5-tackles and the Eagles lone interception which he returned 71-yards. Kudos to Carter Conley, class of ’24, who recovered a pair of fumbles on the night and gained 53-yards on 7-carries scoring a TD along the way.

Blake Birchfield had a tremendous night for Pikeville High School in its big win, 43-21, over Paintsville in a game which pitted the last two Class 1A Champions. Pikeville won the crown in 2019 and Paintsville won it last year.

What an evening Drew Polston, Pulaski’s ’22 QB, had in Pulaski’s blowout 55-13 win over Belfry in Somerset, Kentucky Friday night. Polston was 21 for 28 through the air and threw for 327-yards and 5-TDs without a single thrown interception.

John Hines‘ Class 5A, District 8 Maroons figure to be a handful this coming season. They travel to Wayne County August 27.

We have been telling people this summer that the Blue Tornado looked back to us. They sure come off the bus mighty well.

Tilghman plays Class 6A, First-District powerhouse, McCracken County, yearly in a game dubbed the Rumble one the River. Obviously, McCracken has been winning the lion’s share of the games between the two.

Well this year, Class 3A, First-District Paducah was able to beat McCracken 35-27. Class of ’22 WR/S, Brian Thomas certainly did his share.

Thomas, a senior, had 7-catches for 211-yards with 2-receiving TDs. Unofficially, that is the most receiving yards in the rivalry’s history.

Class of ’25 freshman QB, Jack James had an incredible night. James completed 13 of his 29 attempts for 320-yards passing and 3-TDs against a sole interception.

Class of ’23 transfer, Oscar “JT” Adams starred on both sides of the football. Adams had 5-tackles with 1-TFL and caught a pass covering 35-yards on the night.