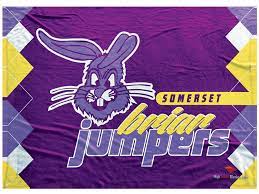 It has been hard to find the field for some sophomores around the Somerset program. Of course, with the two year run they have just completed in Class 2A (20-4 in its last 24-games with a State Title), not many sophomores have been finding the field these days.

Here is a guy we really like, in spite of the fact his snaps have been limited. Hayden Dick is 5-11 and weighs around 175-pounds. He runs the 40 in 4.7-seconds and this is something on which he will improve as he physically matures.

He lists corner as his primary position and plays wide receiver when on offense. I would say his “body of work” thus far supports that contention.

Dick, in ’20, a shortened season during which the Briar Jumpers would only get 9-games, winning 6, had 14-tackles from corner, 2 TFLs, and an interception. These numbers are respectable.

As coaches, we don’t want our corners too involved with “tackles.” Hopefully, the opposing running-back will get tackled before reaching our third-level. If not, we may be in for a long night.

On offense, Dick caught a pair of passes for 30-yards. For our money, we think his GPA may be his most attractive statistic for recruiters. That 4.1 GPA will open plenty of opportunities for him to play next level.

Dick was invited to David Schuman’s Kentucky Elite Prospect Camp. That camp, part of the National Undergraduate All-American Combine series, was in Florence, Kentucky on April 25th. Dick’s snaring an invite to that combine means we aren’t the only ones with our eyes on the prospect from whom we expect big things this coming season.

Dick has played football since he was 4-years old and has a love and passion for the game. One can’t coach that.

This kid is searching for a college home where he can finish his football career. We believe his finding one appears much more likely than not.