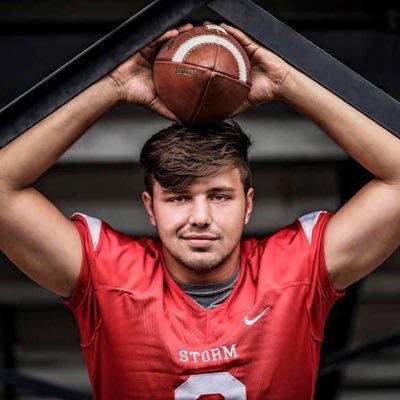 Chalk this one up to the biggest announcement yet under the newly-minted “Re-Do” law. Players who qualify under the age restriction to play high school sports have been given the option of seeking a Re-Do of their senior years which were so catastrophically effected by the global pandemic.

One has to still be 18-years old or younger on July 31, 2021(AGE RESTRICTION a. Under KRS 156.070 (2)(e), a student who becomes nineteen (19) years old before August 1 shall be ineligible for interscholastic athletic competition at a KHSAA member high school), but should a ’21 be able to meet that threshold, he can reclassify as a ’22. A guy we didn’t expect to utilize this option has elected to do so.

His name is Adrian Stringer. Most people familiar with KHSAA football will tell you he may have been the fastest draw at the QB position of any player in the far West in ’21.

Stringer has posted a 30-inch vertical and a broad jump of 85-inches for those who want to question his 40-time. He’s a specimen.

Now, our agent out in the area reporting this news to us called and assured us Jaden Brasher, who was the heir-apparent to the position had things transpired in ’20 normally, would play and perhaps equally this coming Fall. Brasher is a 6-0, 160-pound, Class of ’23 QB who the staff loves. Here are his highlights.

As you can see from his highlights, Brasher is an athletic skill-player who moves the pocket well, throws well and accurately on the move, can make all the throws with zip, and is dangerous, outside the pocket, with his feet. There are plenty of programs who would be thrilled to have a starting QB with Jaden’s skills.

Is he Adrian Stringer good? Well, we wouldn’t say that, but Stringer is kind of a tough standard bearer. For our money, we believe Stringer may be the program’s all-time player at the position.

We called a member of the staff with whom we regularly consult to learn whether the Storm would utilize a two-QB system this coming Fall. That staff member, perhaps wisely, declined to answer. I am sure all of Class 4A, District 1, would like to know the answer.

Still, this puts the Storm in an enviable position. Some teams struggle to find a quarterback and the Storm has two very skilled players in the stable.

Looking at the picture in the first District, one would have to color Hopkinsville High School as an early favorite if overall roster talent figures in to such predictions. Logan County graduated a very skilled and talented group of ’21s and North-Hopkins’ cupboard is pretty barren at present.

Schools like Central and Calloway County have a real opportunity to step up in class in ’21. Getting back a QB many people believe may be the program’s best ever player at the position could be a real launching point toward reaching some goals in that regard.