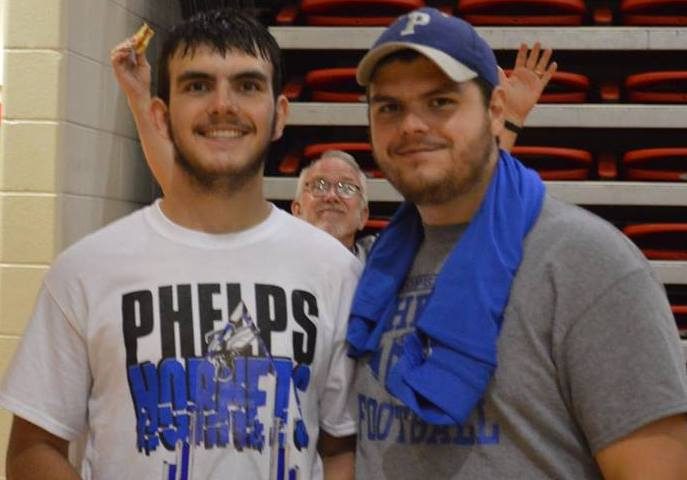 This should, in no way, be seen as a knock on Phelps, Kentucky in Pike County which lies close to the West Virginia-Kentucky border. Many people choose to live in sparsely populated areas, off the beaten path, for many reasons. However, Phelps is about as out-in-the-middle-of-nowhere as one can ever hope to get.

That doesn’t mean playing football in Phelps dooms one’s playing profile to a life-sentence of perpetual obscurity. Quite the contrary, KPGFootball (at the very least) has shown we are willing to research and find the players wherever they may be. The big mistake in assessing football prospects is the assumption they all reside in densely populated and well-covered areas of any state or commonwealth.

We believe Dominic Francis is one of the best football players in Kentucky in his graduating class of 2021. We feel we have been fairly open and consistent in that belief. We have selected him to our Sophomore All-State Football team, for instance. He made our team as an Athlete; and he most certainly is that.

Francis formerly played for Class 3A, perennial powerhouse, Belfry High School before transferring into Phelps to join Coach David Jones. Jones has since moved on to Bourbon County. We had the opportunity to evaluate Francis personally when he attended the KPGFootball, All-State Mountain Combine held at Pikeville High School in the summer of 2018.

Dominic was fed the ball in 2018 every conceivable time and way possible. He led the team with 714 rushing yards, on only 98 carries (7.29 yards per carry), and carried the ball across the goal line 8 times for scores. Francis, who also logged a 65-yard-pick-six on defense in route to scoring 86 of the team’s 268 points. Defensively, he forced 2 fumbles, broke-up 5 passes, intercepted 2 pass-attempts, recovered two fumbles, and had 101-tackles on his way to his All-State selection.

Dominic is a 6-0, 190 pound corner-with-length which every college football program, of which we are aware, are badly in need of enlisting. We were able to discuss Dominic with an area coach in Pike County and, while he didn’t want his identity disclosed, he did tell us Francis is legit, he’s the real-deal.

As we enter 2019, there may be some consternation surrounding the Phelps High School football program. Garrett Clevinger, QB, is out of eligibility, as is reliable, two-way lineman, Peyton Varney, and one of the mountain’s most dynamic play-makers, at the Class 1A level, Brandon Turnmire. Full-back Zack Ramey has moved on as has two-way lineman David Blackburn and TE-DE Tyler Robinette. Perhaps the most concerning puzzle-piece which won’t be on the Hornet sideline in 2019 is back-to-back, District Coach of the Year, and KPGFootball, Commonwealth-wide Coach of the Year, David Jones. That makes the return of one of the finest athletes anywhere in Kentucky even more important and, perhaps, even soothing.

Dominic Francis will need to continue to transcend. In so doing, he will need to bring out the best in whatever cast of players may find themselves sharing the field with him. Should he be able to pull it off, there is no reason to expect the Hornets will have lost its stinger once the 2019 season should, finally, kick the first football.