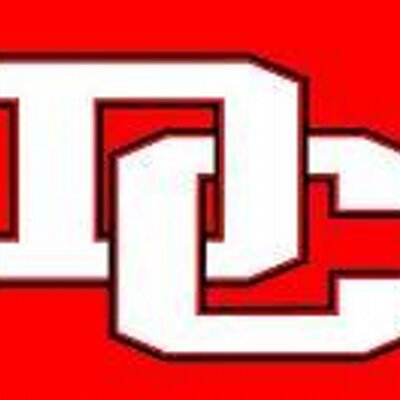 There a song which was both written and performed by Jimmy Dean, back in the day, called Big, Bad John. In that song you will find the following lyrics…

Somebody said he came from New Orleans/Where he got in a fight over a Cajun Queen/And a crashin’ blow from a huge right hand/Sent a Louisiana fellow to the Promised Land,/ Big John…Jimmy Dean

Now we are unsure the exact origins of Owensboro’s version of Big Jon (unlike the song, no “h” in this Jon’s name). We are pretty sure he hasn’t killed a man in New Orleans over a Cajun Queen, or anyone or thing else for that matter. There can be no doubt, after what we saw on the gridiron this past football season, our Big Jon hit quite a few people whom, very likely, felt dead afterwards.

Jon Stefanopoulos is a 6-2 and 345 pound defensive, down-lineman in the Daviess County defensive scheme who is quite active upfront in spite of his immense size. Against the run, as an interior guy playing in a read technique; well, he’s an immovable object difficult to dig out of the hole, putting it mildly. What is surprising about this space-eating monster is his athleticism and ability to get into the backfield and be a disrupter in addition to eating up doubles and blowing up traps.

Daviess County went 6-5 this past season playing in Kentucky’s largest classification of football. The Panthers were taken out of the playoffs in the first round by Ballard High (Louisville). Now, not all teams are sufficiently diligent in reporting individual and team statistics to the Riehards Kentucky High School Scoreboard. The KHSAA authorized site only has Big Jon playing in 8 of the 11 games. Perusing the statistics, since none of the players on the roster appear to have played in all 11 of the contests, that indicates to KPGFootball we are working from off of a scenario involving incomplete statistical reporting.

Still, incompletion aside, what appears on the statistics for Jon Stefanopoulos is quite impressive work even if it did only purport to represent 8 games of action. Jon recorded 61 total tackles, playing along the line of scrimmage, with 5 tackles for loss. In the most important game of the year, in the playoffs against Ballard, Big Jon had 14 tackles, 7 of which were solos. Now I have seen the kind of size and athleticism Ballard has along the lines of scrimmage and, let KPGFootball assure you, the day reportedly turned in, by Stefanopoulos, against the Bruins was a mighty fine effort. Probably amongst the best efforts and results logged against the Bruin front by any down lineman all season long, if we were wagering.

Big Jon is back for another tour for the Panthers next season, as he is a Class of 2020 prospect. There is not a lot about Big Jon on the internet as we were unable to find a Hudl account for him, making our ability to view any film constrained to the MaxPreps game snippets appearing on the DCHS team page. This is a prospect who is likely to get overlooked (and shouldn’t, because Big Jon is a college prospect, no doubt) if someone, on his behalf, doesn’t start managing his online profile better than it has been handled to date.