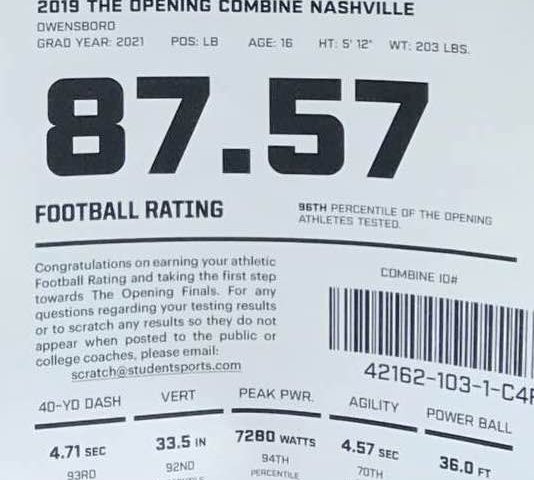 Several Kentuckians invaded Nashville, Tennessee and obtained what is called an “athletic football rating” a.k.a. “SPARQ” rating. SQARQ is an acronym for a Speed, Power, Agility, Reaction, and Quickness. It is designed to measure sport-specific athleticism.

We have learned during this process that there are some freakishly athletic footballers around the commonwealth of Kentucky. A LB KPGFootball has been covering since “jump-street” went to Nike’s “The Opening” and really opened some eyes. We believe he had an elite rating, specifically