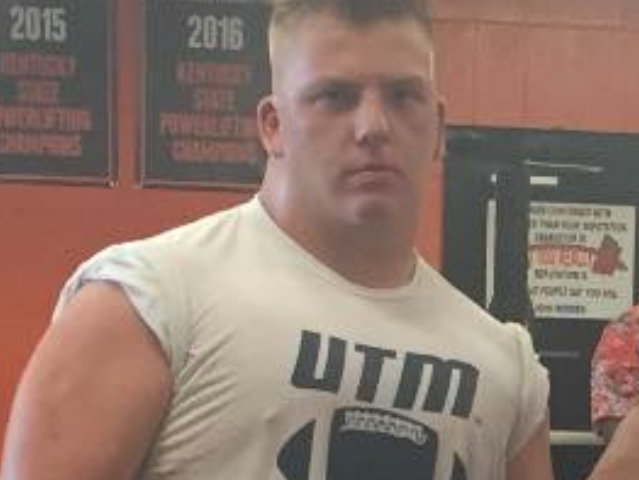 References to a lunchpail date back to 1890 by most accounts. It was a way for regular working men (not many women worked outside the home in the 1890s) to carry hot food with them to their blue-collar jobs.

A blue-collar worker has always denoted one who performs manual labor. The reference to a blue collar, regarding workers, first appeared in 1924 in an Alden, Iowa newspaper and stemmed from the image of manual workers wearing either blue denim or chambray shirts as part of their uniforms worn to perform their manual labor jobs.

KPGFootball didn’t contrive this. We read it in an article published in May of 2012 by Forrest Wickman and entitled, Working Man’s Blues: Why do we call manual laborers blue collar?

Now, the AP All-State Football Teams were released, published, and disseminated to its media members across Kentucky. We published it, a little later than some others we regret, in an article linked here.

We have never seen an all-state team published, and we have published five such teams ourselves in the nearly two-years we’ve been online, without there being some debate as to why this player over another. Really, in the news game, it’s the water-cooler debate we are after, as it engenders interest in both our publications and our content. It drives viewers to regard that which we hope for them to view, which is our work.

Two sophomores made the AP, First Team, in what amounts to a seemingly unprecedented pair of selections. KPGFootball doesn’t know, and this article shouldn’t be read to say, that this is the first time two sophomores have been selected to the AP’s first team. Like we conceded, we simply don’t know that. With some of the reactions and professions of dismay we have seen expressed in various internet chat rooms, we believe it may well be among the first times that has happened in the poll’s long history.

Reed Smith, from Boyle County was selected 1st Team, AP and Coaches, All-State in 2017 at WR, so there is immediate precedent for a sophomore’s selection. KPGFootball would assert that these two particular sophomores are very deserving of selection, and today we will tell you why that is true of William Long from Hopkinsville, saving our defense of Austin Gough’s (Owensboro Senior High) selection for another article.

KPGFootball is unsure how many of you across the Commonwealth know exactly who Chris Vaughn is or have heard of his training facility, Aspirations Fitness Institute, in Louisville, Kentucky. KPGFootball assures the reader you have heard of many of his pro​té​gé, particularly if you follow Kentucky High School football. He trains Rondale Moore, now at Purdue and someone who drew Heisman consideration though only a freshman. He trains Wandale Robinson too, a kid who has swept the AP and Coach’s Mr. Football Awards in 2018. Matter of fact, he trains numerous players who made either first or second string on the present AP All-State Football team, together with many more who were honorably mentioned.

Well, Vaughn, who doesn’t train William Long, but likely would if Long lived in closer proximity to Louisville, Kentucky, called KPGFootball up and said he was thrilled with William’s selection. Vaughn’s exact quote was…Here, you have a kid who does everything the right way. Team needs him at center, he moves from guard to center and plays the Hell out of it. Kid is viewed by many as too short for where he’s playing (5-10, 255 pounds); Long doesn’t care. He goes into the weight room and makes himself one of the strongest, most powerful, and explosive members of the 2021 class anywhere in America. The kid makes good grades, is an excellent citizen, and just a football player’s, football player. His being rewarded this way is a win for everyone who hopes to work his way on a team like this one day.

Vaughn went on to say that 405 pound bench presses don’t happen naturally; same for 585-pound back squats; 315 pound inclines; and 515-pound pulls. All of these take effort, constant effort. Vaughn said…To me, the commitment he makes offseason, to play at the level at which he obviously plays, is what makes me feel so good about his being selected. No one gave him anything. He went into the gym and earned it.

Vaughn finished by saying… I just love it. It’s a win for the lunchpail guys, the blue collar guys. William Long IS the working man’s All-Stater. You know, you should write about that in your online magazine…