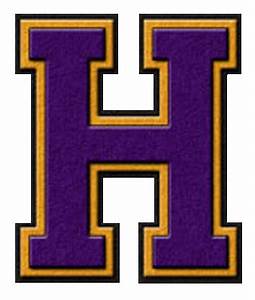 The Associated Press’s selection of Garrett Dennis from Louisville Male for its first-team All-State squad is entirely defensible on many levels. Primarily, it is the right choice if you go back to what the team was intended to honor. It’s appropriate if we are selecting players who are good at football over players who may be, one day.

All-State football teams are intended to distinguish players who played the game exceptionally well, between the chalk lines, on Friday nights. Sadly, it has (too often) become an award for the framed out kids who big-time colleges believe have the potential to be next level stars. Funny, at KPGFootball we were under the impression we were to leave rewarding the framed out kids to recruiting services. We didn’t believe that to be the purview of media outlets actually covering high school football. If one consults the statistics, assuming the high school staff turned the statistics into the KHSAA website, some of these big-timers, with big-time offers, didn’t play too well. The schools offering them are betting on the come, not the now.

It was thrilling to see a player like Garrett Dennis selected first team on the AP’s All-State Team. It made us proud of our association with the country’s premier national news agency. It was a reward for a player who was everything on the field for the Male Bulldogs. The AP selected a right now superstar over a player who is likely to be one tomorrow.

Garrett Dennis has been listed in some publications as 5-11, 6-0 in others. We don’t know his true height. We don’t care. At KPGFootball, and apparently at the Associated Press, we prefer to measure our All-Staters by the seasons they had and the way they performed on the field.

Garrett Dennis led his team to the Class 6A, State Football Championship and a 14-1 overall record. QBs will always be judged, first and foremost, by the team’s won-loss record. However, his being Kentucky’s premiere QB, in 2018, was not purely reduced to Male’s going 14-1 and winning Kentucky’s largest classification’s State Football Championship.

Dennis completed 171 of his 256 passing attempts (.66786875 completion percentage). Dennis rushed from scrimmage on 202 occasions, gaining 1,121 yards on the ground to lead the team, decidedly, in that category. He threw for 34 TDs, and ran for 17 more, while throwing only 7 interceptions on the year.

In digging around the internet it would appear most of the college interest in Garrett Dennis to play football, at the next level, ranges from NAIA schools to NCAA, Division II. The only reason he isn’t being heavily courted by Division I schools has to be owing to his physical dimensions. It can’t have anything to do with his ability to play football, because he has owned, this year, Kentucky’s largest Classification (6A) in a city where Class 6A football is typically played as well as anywhere in the entire Mid-West.

The bottom line here is Dennis was selected first team All-State by the Associated Press and there will be vigorous debate about whether he should have been selected over this quarterback or that one. They will talk about other QBs’ frames and offers; but what you won’t hear is how such and such QB out-performed Dennis on the field or was more instrumental to his team’s success. The reason you won’t hear any of the latter is the person talking would have to invent facts in support of that position.

He’s probably not tall enough. He’s probably not long enough. He probably won’t garner the same college attention as some other prospects in and around Kentucky at the QB position. However, on an All-State team which appeared bent on rewarding the football players over the prospects, like the 2018, AP All-State Team; he was dad-burn good enough, and dog-gonnit, voters liked him! Score one for the good guys!