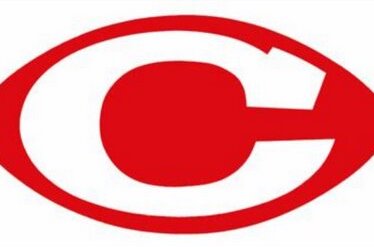 In case any of you out there, who are fans of Kentucky High School Football, were wondering; the Corbin Redhounds know a thing or two, about a thing or two, especially if one of those two things is winning football games. Corbin very narrowly lost to Central (Louisville) in the Class 3A, State Championship game in 2018; lost to Boyle County in the State Championship game in 2017; and lost to Belfry in the Semis in 2016 and 2015. At Corbin, a high school football season is 14 games long, at a minimum. As for the last two years, Corbin has been showing up at Kroger Field regularly enough to cause the Lexington taxing authorities to examine whether there shouldn’t be any incurred liability owed to the city resulting from Corbin’s constant use of Lexington’s infrastructure.

A huge reason for Corbin’s success is attributable to its defensive prowess. Consider this…Corbin registered 38 QB sacks in 2018 in 15 games and surrendered only 176 points, or under 12 points an outing (11.733 to be accurate). Much of that success should be, in all fairness, attributed to its superstar and newly minted, First Team, All-State (AP) Defensive End, Ethan Wine.

Pretty hard to argue with the selection of a SDE who led the Commonwealth of Kentucky with 21 QB sacks. The entire team recorded 38 sacks so approximately 55% of its sack production originated from just this one side of the field. Surely, opponents were running away from this guy, which makes his numbers even more stunning.

Wine, who is framed at 6-3 and weighs in at 235 pounds, forced 4 fumbles, recovering two. Ethan, coming off the strong-side, is a hard charging, quick-twitch, mass of limber grace and fluidity which masks the violence with which he plays football. He is athlete enough to both dip and bend under a tackle’s hands and apply backfield pressure.

Wine, seemingly, arrives simultaneously with the snap, where the opponent is in the Pistol; and before a QB, dropping to set up, can even get his feet set, much less find his down-field, primary target. Get this, Wine also plays basketball and baseball, in addition to football, so his rather freakish athletic ability is on display at Corbin High School year round.

We, at KPGFootball would congratulate Ethan Wine on yet another fine year, on the gridiron, and for his selection to the All-State Football, AP, First-team. Ethan is another example of a perfectly framed football player, at the defensive end slot, with the skill set to greatly improve the pass rush of some lucky college team on future Saturdays. Unfortunately, for teams which will dot Corbin’s schedule in 2019, they get another year of vain attempts to contain what is one of Kentucky’s very best prospects along the defensive front.