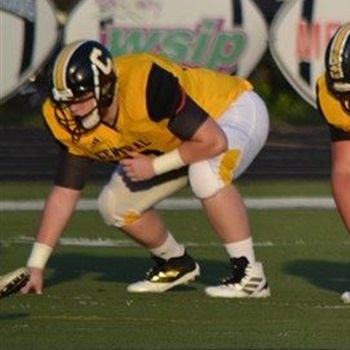 At 6-1 and weighing 270-pounds, there are those who would say he’s too short to play OG at the next level. We aren’t among “those” who would say that.

What more could you possibly want from an OG than his being a road-grading, down-hill, blocking machine? In our mind, nothing.

Though only a sophomore, LeMaster has quietly gone about the business of clearing the path for Johnson Central’s RBs to “have their way” with opposing defenses. On the year, in