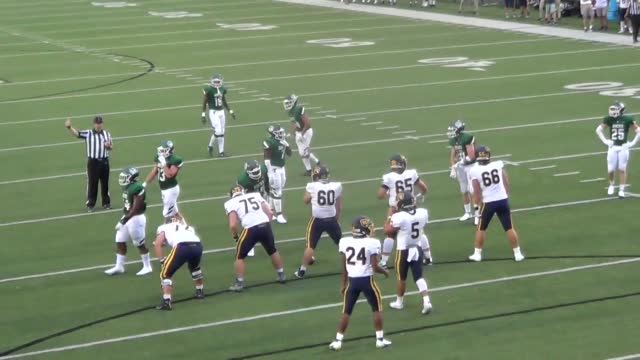 It was win this week for eternal glory. Here are the guys who turned it both up and on on the big-stage, under the bright lights, with a Championship riding on the outcome.

It was all or nothing, this weekend on Kroger Field playing for Championships. Playoff performances make more of an impression on us at the magazine than regular season production.

Below, we will detail a few of the outstanding games turned in by some of Kentucky’s top high school football players. This week we took each Championship match-up an focused on who carried their teams to the winner’s circle and even commemorated some performances from players who thrived but whose team had come up a little short.

Mingua Beef Jerky Company and we want to award the distinction to as many players from around Kentucky as we can. While we want to spread it around, we will from time to time, as the information is available to us, update the reader on what former winners of the award have done, like the reader has seen us do in prior weeks.

That being said, let the “race for the world’s finest beef jerky” commence. Here are the guys who made it happen on the commonwealth’s biggest stage, and under its brightest and hottest lights.

“Those guys work hard, and they’re in better shape than people realize,” Paintsville coach Joe Chirico said. “A lot of those guys go both ways – offensive and defensive line. The O-line is tremendous.”

In the Class 2A Championship, Cameron Hergott (2021) threw for 154-yards with two TD tosses and rushed for 97-yards and another score accounting for 3-TDs on the evening in a game won in overtime by a single point.

In the Class 3A Championship, Ashland Blazer rushed for 415-yards on the night in its 35-14 championship victory over Elizabethtown High. Ashland Blazer’s dynamic duo was too much for Elizabethtown to contain. Keontae Pittman (2021) and Hunter Gillum (2021) combined for 368-rushing yards and 5-touchdowns to power past the Panthers. The 35-14 win caps off an undefeated 11-0 season and gives the Tomcats a third state title, their first since 1990.

Pittman, an Army commit, earned all of the tough yards for Ashland Blazer, while Gillum served as the Tomcats’ explosive, change of pace back. Pittman gained 253 yards on 32 carries and scored three touchdowns. Gillum averaged 12.8 yards per carry, finishing with 115 total yards and a pair of touchdowns.

In the Class 5A Championship, Conner Cooper (2021)and Jordan Dingle (2021, UK commit) both rushed for touchdowns to lead Bowling Green High School football to a 17-7 victory over Owensboro on Saturday at Kroger Field in Lexington. Bowling Green (10-2) captured its seventh state championship, all coming since 1995.

Austin Gough (2021), for Owensboro, was defensively all over the field for the Red Devils in a losing cause. Owensboro High hasn’t posted its defensive statistics from the game but we had him for 15-tackles on the evening.

We talked with a college football coach, who attended the game partly to scout the linebacker we believe to be Kentucky’s very best. He told KPGFootball the former Mingua Beef Jerky “Protein-packed Performer of the Week” was “…everywhere, [we] think [Gough] made every tackle.” His words…not ours; but pretty accurate, all the same.

In the Class 6A Championship, DeAnthony Perry (2021), playing along the DL from NG to DE for what many believe could be the most stifling defense ever to run out on a high school field in the history of KHSAA football (Louisville Trinity), wracked up on “big moments” for the defense against Male in the championship game. He had 2-TFLs, a QB-sack, while forcing a fumble from his NG-slot. Perry led the defense in tackles behind the line and explosive, momentum-changing, big-plays. Perry’s sack of the QB was one of those huge hits which makes fans, family, and coaches all wince and just shake their heads. We would maintain Nic Schutte (Louisville Male) probably felt that one the next morning.

Trinity won the Championship, the program’s 27th and Coach Beatty’s 15th. Louisville Male came into the game with an offense averaging 47-points per game; the most explosive offense, statistically, in Kentucky’s 6A classification.