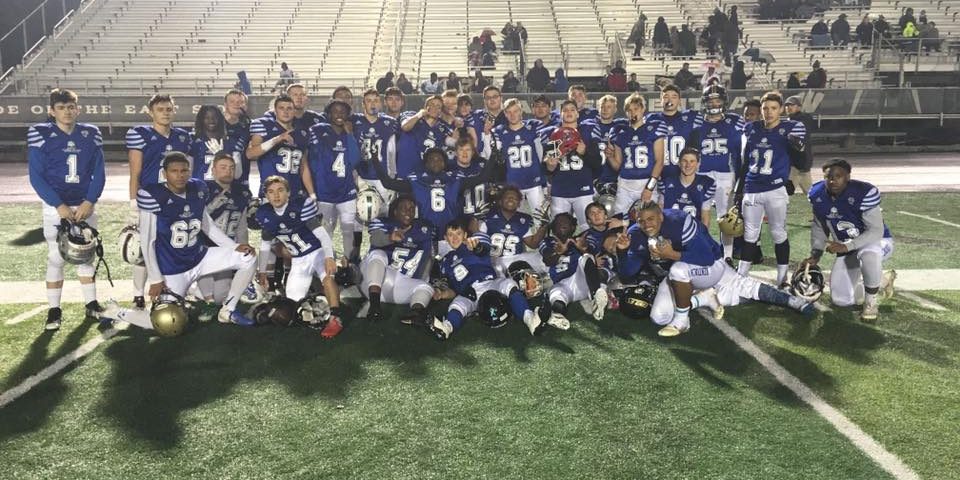 Both the 7th and 8th grade Team Kentucky FBU Elite teams emerged from the Midwest Central Regional held this weekend in Indianapolis, Indiana and have both advanced to the FBU National Championship weekend in Naples, FA where a National Champion will be crowned for both the 7th and 8th grade teams. While we weren’t able to reach anyone representing the seventh grade team, we were able to reach Head Coach, G.J. Wooldridge, of the 8th grade Team Kentucky FBU Elite squad. As one would imagine, Coach Wooldridge was still somewhat giddy about his team’s performance from the weekend. Why not? They only beat Minnesota 20-0 and then Kansas City Metro 42-0 to advance to Naples, Florida to play the winner of the Texas Regional, Dallas.

When asked specifically about his team, Coach Woolridge said, This team is scary good with a good chance of taking the National Championship. Desiring his elaboration on that rather general statement, Wooldridge went on to say…Both LBs, JT Adams from Hopkinsville, and Carson Wright from Pikeville, played out of their minds, defensively. On offense, it looked like the Cade Moorman and Mason Lawson (Johnson County) show. Cade Moorman (Boyle County) is a grown man. When you get him running down hill behind that big offensive front, anchored up the middle with the Sayers twins (Payton and Mason, Whitesburg) and Bracken Castle (Barbourville) at center…well, you know. Let me just say this…I don’t know how we would stop it and look at our linebackers. Truthfully, everybody played well and it was a total group effort.

Now, if the posted bracket on the website is any indication, it appears Kentucky will draw the Texas Regional Champion for its first game in the National quarter-finals, which is the team from Dallas, to advance to a potential final four date against either Pacific Regional Champion, Orange County, or Northwest Regional Champion, Seattle. That doesn’t comport with what Coach Wooldridge thought as he told KPGFootball he was under the impression there would be a draw sometime this week for match-ups. Either way, it didn’t appear to concern Coach Woolridge too much whom Kentucky would face as it appeared, to us anyway, the head coach of the MidWest Central Regional Champions believed his Kentuckians would rise to challenge all comers. Sooner or later, as a team advances, you will get them all, or, at least, the really tough ones.

The eight teams advancing to Naples, FA, with a chance to win the National Football Championship of FBU, are Orange County, Seattle, Kentucky, Dallas, Maryland, Massachusetts, and (as of the date of publishing this article) some team whom advanced out of the Florida Regional. We are presently unaware just whom advanced out of Florida, though Dade County, Manatee, Southwest Florida, and Tampa were all competing in that Regional. Historically, Kentucky is a regular entrant in the FBU National Championship Tournament and regularly advances out of whatever Regional it is assigned to play into the Championship weekend since the field, advancing to Naples, was expanded from 4 to 8 teams. We would like to wish our very best to both the 7th and 8th grade Team Kentuckys whom have both advanced to Naples for the chance at winning it all! Congratulations from your friends at KPGFootball.