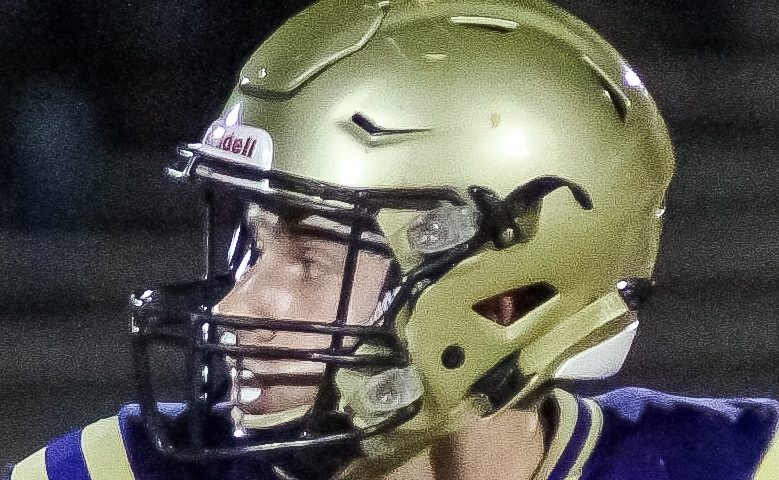 Somerset has just completed an incredible run, an 11-3 season, a Regional Championship, and a berth in the KHSAA semi-finals. Sure, it didn’t end the way the Briar Jumpers would have liked; but, then again, only six teams a year go out on a win. The other 216 teams in Kentucky end their seasons the exact same way, just on different dates. Now, Trevor Brock is an incredible story. His is a story of courage. His is a story of commitment. His is a story of selflessness. His is a story of why high school football is worth covering and, even more so, worth playing and watching. Brock’s journey to get on the field, upon transferring to Somerset High School from Southwestern, paints the very picture of overcoming hardship and setback, both physical and, seemingly, metaphysical.

Journalist, Steve Cornelius published an excellent article on the topic of Brock’s journey to the playing field at Somerset High School which appeared in the Commonwealth Journal, September 16, 2018. The article, in full, has been linked herein for your ease of reference. The gist of this article was that KHSAA’s lawyers kept Brock off the playing field for much of 2017, which would have been Trevor’s junior season. Brock had transferred to Somerset from Southwestern High School in the summer of 2017. Southwestern High prompted an inquiry into the nature of the transfer and Brock was ruled ineligible owing to the initial impression that Brock’s transfer was motivated, in whole or part, by a desire to participate in athletics at the new school. Four months elapsed before a Circuit Judge would issue a Temporary Restraining Order (TRO) enjoining the KHSAA from enforcing it’s ruling regarding Brock’s eligibility and, therefore, allowing Brock to begin competing, pending a final hearing.

Brock, in 2017, got to play five games. The Circuit Court’s TRO was overturned in federal court hours before the Briar Jumpers were to play the team which would go on to become 2017 State Football Champions and, at the time, a key, District 7 opponent, Danville High. As folks are fond of saying, that was that, at least for 2017. Brock would be fully eligible and able to play in 2018, his senior year. He would finally be able to take the field at his high school of choice, the high school he wanted to attend, to play with his friends and teammates, and for the coaches for whom he wanted to play.

Then, prior to the 2018 season, it appeared fate would intervene again and this time fate wouldn’t come draped in the KHSAA governing authority’s cloak, but rather dressed in the white frock of a doctor. Either on the basketball court or during 7 on 7, the exact occasion Coach Robbie Lucas just couldn’t recall when interviewed, Trevor Brock suffered a completely torn Anterior Cruciate Ligament (ACL). ACL tears are amongst the most common knee injuries for athletes participating in sports like football and basketball and, provided it is a complete tear (like Brock’s) require surgery to regain full function of one’s knee. Brock was advised medically to shut it down for the season. Trevor was advised by head coach, Robbie Lucas, to shut it down for the season and follow the doctor’s recommendation regarding both surgery and post-operative rehab. The doctor, regarding this particular ACL tear, advised surgery, and as soon as possible, where the post-operative prognosis would most likely be six to nine months of therapy before there would be any legitimate hope of him returning to his pre-injury condition with full range of motion and stability. In talking with Coach Lucas, the decision to ignore the doctor’s medical advice and play would be more potentially foolhardy by the fact that Brock, healthy, is a division I, college football prospect.

That wasn’t what Trevor Brock wanted, and it wasn’t what he was going to do. Trevor wanted to play with his friends and teammates, he wanted to be a Briar Jumper, he wanted to play for Lucas and his staff, and he wanted to help the Jumpers realize some of the team’s goals. So Trevor, who had been through so much turmoil, both in and out of court, about his decision to be a Briar Jumper, got to be one. Trevor Brock wrapped it up, slapped a brace on it, and helped lead Somerset High School to a District Championship, a Regional Championship, and a birth in the KHSAA State semi-finals. He helped lead the Jumpers to an 11-3 finish and both played marvelously and personified the very definition of selfless sacrifice and courage to every member of the 2018 Briar Jumper football team.

First of all, as a coaching staff, we knew we couldn’t really practice Trevor as we didn’t want him taking but the very minimum amount of hits possible. We couldn’t dissuade him from playing, but we were going to do everything we could to protect him during the week at the very least, Robbie Lucas told KPGFootball. Lucas went on to share that Trevor would watch most practices, and every full-contact practice, immerse himself in film and the scouting reports, and then come out on Friday night and execute. His limitations never effected his play.

Trevor Brock certainly played. First of all, had he been healthy, KPGFootball has learned Trevor would have played offense, defense, and special teams. Owing to the injury, Brock was limited to just defense, where he would play out of his natural position of Rover/OLB and be deployed for Somerset at FS/SS. Trevor Brock gave an All-State performance for his team. How many safeties, even health safeties, contribute 33 solo stops, 11 assists (44 total tackles), 9 tackles for loss, 5 QB pressures, 4 QB sacks, 2 caused fumbles, 3 fumble recoveries, 6 passes successfully defended or broken-up, and 5 interceptions? As an on-line magazine which covers Kentucky High School football all-year long, let us assure you not very many, not very many at all!

Come Hell or high water, Trevor Brock was going to play football for Somerset High School this year. Little could anyone, least of all the Brocks, have possibly forecast Trevor would be forced to battle both. Brock went through the Hell of the court battle to prevent his participation in 2017 only to tread the high water of a complete ACL tear and having to miss most practices and play braced up, all season, on a knee which should have undergone both surgery and 6-9 months of post-operative therapy before being medically pronounced stable.

There are, undoubtedly, some Pulaski County residents who should struggle with looking Trevor Brock in the face. None of those residents should be anyone attending, working at, or coaching for Somerset High School. KPGFootball would encourage you to study that young man’s face. Look into his eyes. Learn from him what it takes to be completely committed, to completely give of himself and sacrifice for the benefit of his team, school, coaches, and teammates. Colleges should look into his continuing his playing career for them upon his returning to full health, range of motion, and knee stability. KPGFootball suggests that should you peer into the eyes of this brave, courageous, committed, and selfless young man. What we suggest you will find peering back at you will constitute the very face of commitment…the very face of courage…and the very face of what makes high school football teach some of life’s most important lessons and provide its participants some of their very best opportunities for development.